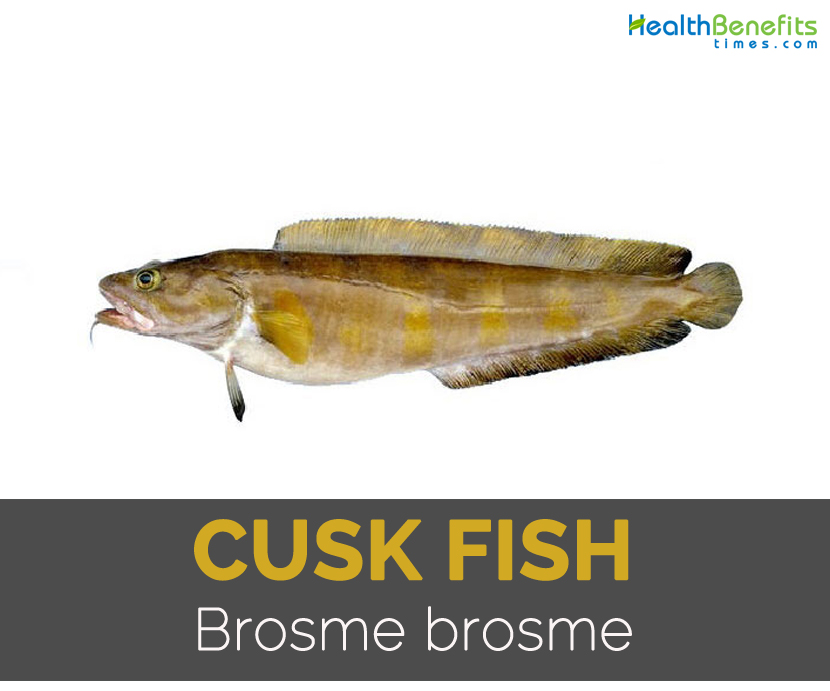 Cusk is a fish with long-body of the cod family Gadidae and are found along ocean bottom in deep offshore waters on either side of the North Atlantic. Cusk fish could be found in rough, gravel, rock and pebble bottoms. Usually it feeds on shellfishes, crustaceans, starfishes, benthic fishes such as gurnard and flatfishes.

During spawning season, females could lay up to 2 million buoyant eggs at a time. Eggs hatch into planktonic young that remains in coastal and shallow-water environments till they grow to 5 centimeters length. It has slow growth rate (on average reaches 22 centimeters by age 6 and then gains about 10 centimeters per year thereafter).  When reached 50 cm long (8 to 10 years of age), they achieve sexual maturity.

Cusk are regarded to be polygynous and is solitary outside breeding season. Once in a year, spawning occurs between April and July. The spawning grounds throughout this species ranges with notable areas between Scotland and Iceland, in northern North Sea, along edges of Shetland and Faeroe Islands and In the Gulf of Maine.

It is a bottom-dwelling species, sluggish and a weak swimmer. It consumes crustaceans and other soft bodied invertebrates or mollusks.