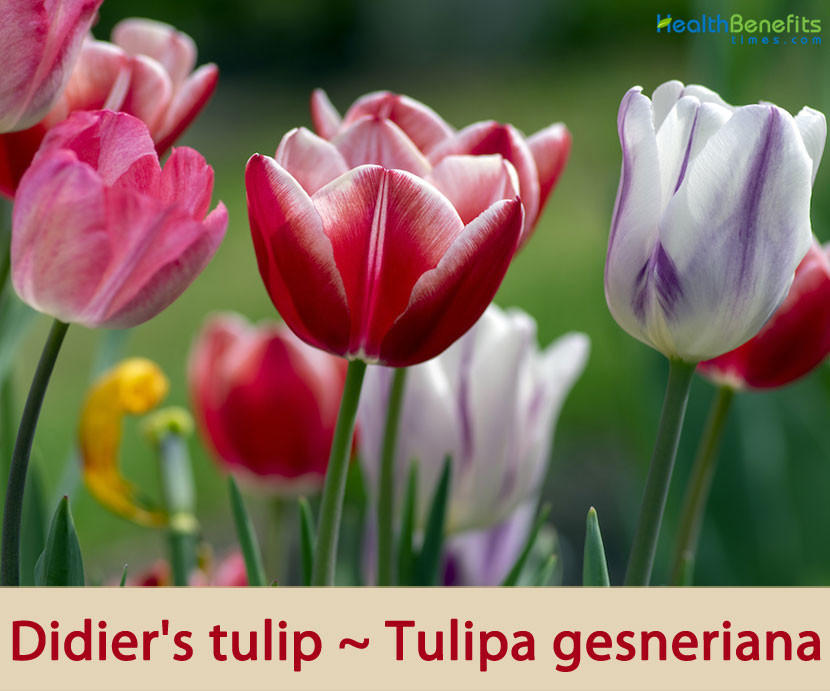 Tulipa gesneriana, commonly known as Didier’s tulip or garden tulip, is a species of plant in the lily family Liliaceae, cultivated as an ornamental in many countries because of its large, showy flowers. The plant native range stretches west to the Iberian Peninsula, through North Africa to Greece, the Balkans, Turkey, throughout the Levant (Syria, Israel, Palestine, Jordan) and Iran, north to the Ukraine, southern Siberia and Mongolia and east to the northwest of China. Some of the popular common names of the plants are Tulip, Didier’s Tulip, Garden Tulip, Tall Garden Tulip and Gesner’s tulip. The plant is harvested from the wild for local use as a food and source of materials.

Tulipa Gesneriana is a species cultivated for its ornamental popularity. In the 17th century in Holland, they were so popular and sold so fast it made them rare and so expensive they were being used as currency until the market crashed. Most of the tulips you see in flower arrangements are a hybrid of this species. Flower petals of the Tulipa Gesneriana come in many colors including blue, purple, orange, pink, red and yellow. The flowers are showy and fragrant, they bloom in the spring. They can be grown in containers that have good drainage.

Didier’s tulip is a bulbose, scapose to sub-scapose, herbaceous, perennial plant with papery to coriaceous, tunicate, and often stoloniferous bulbs. The plant normally grows about 35 to 45 centimeters tall. The plant is found growing in man-made or disturbed habitats, meadows, cultivated land, roadsides, forest edges, rough ground, quarries, churchyards and amenity grasslands. The plant does best in moist, fertile, well-drained neutral to slightly acid soil where they will receive full or at least afternoon sun. It is a perennial plant that is grown from a bulb. It can be from four to 28 inches high, usually one flower per stem.

This tall, late-blooming species has a single blooming flower and linear or broadly lanceolate leaves. This is a complex hybridized neo-species, and can also be called Tulipa × gesneriana. Most of the cultivars of tulip are derived from Tulipa gesneriana. It has become naturalized in parts of central and southern Europe and distributed locations in North America.

Tulipa gesneriana is deciduous. The middle-green, simple leaves are alternate. They are lanceolate with entire margins. Lamina is linear to narrow oblong, and weakly fleshy.

Inflorescences are 1(−4)-flowered. The flower has three petals and three sepals which are often darker at the base. They are produced in white, yellow, orange, pink, red, maroon, purple, variegated and with coloured streaks, often blotched near base except blue. They have six distinct stamens with filaments shorter than tepals and basally dilated.  Anthers are basifixed, linear to narrowly elliptic and introrse. Ovary is superior, 3-locular; style very short or absent; stigma prominently 3-lobed. Flowering normally takes place in between April to May. 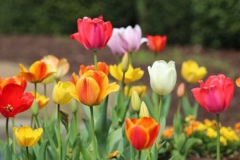 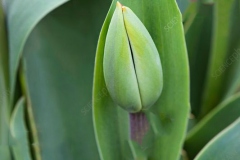 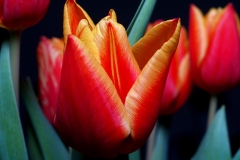 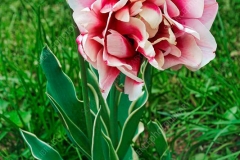 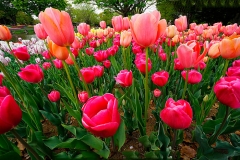 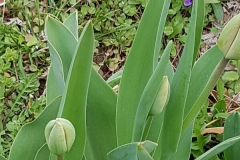 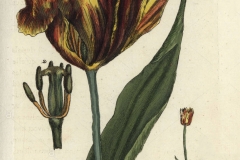 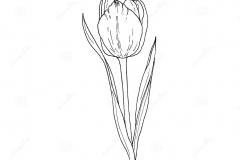 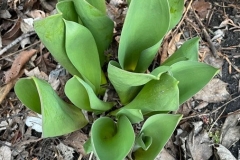 Fertile flowers are followed by ellipsoid to subglobose, 3-angled, leathery capsules dehisces loculicidally. The plant has disc-shaped seeds in two rose per chamber.