Trending
You are at:Home»Herbs and Spices»Health benefits of Einkorn Wheat 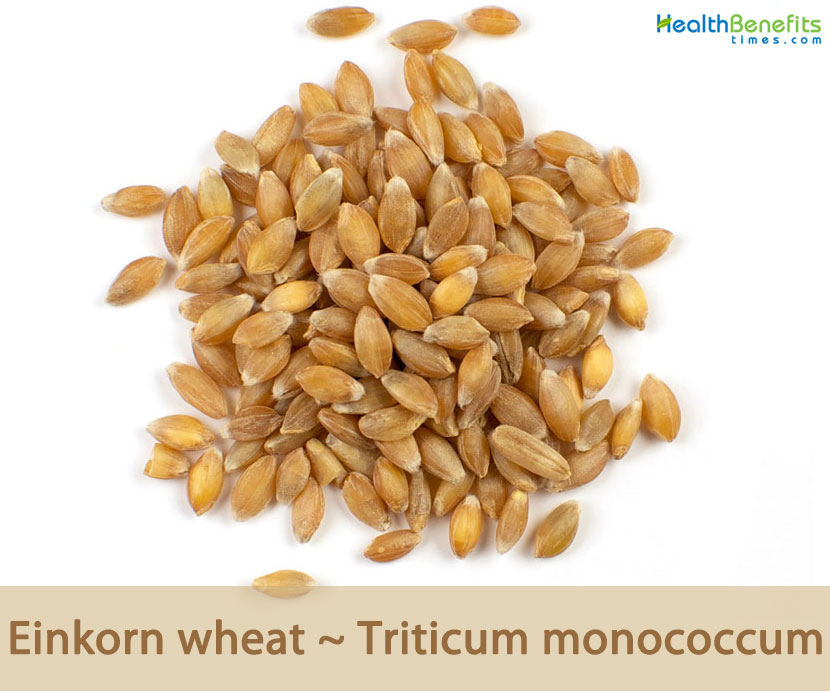 Its vernacular name comes from the German Einkorn, literally ‘‘single grain’’, and refers to the presence of only one grain per spikelet. The name einkorn is used for both the wild (subsp. aegilopoides) and the cultivated (subsp.monococcum) forms. The cultivated form has larger and plumper seeds and a tougher rachis which prevents spikelets falling apart at maturity. Einkorn wheat was one of the first plants to be domesticated and cultivated. The earliest clear evidence of the domestication of einkorn dates from 10,600 to 9,900 years before present (8650 BCE to 7950 BCE) from Çayönü and Cafer Höyük, two Early Pre-Pottery Neolithic B archaeological sites in southern Turkey. Remnants of einkorn were found with the iceman mummy Ötzi, dated to 3100 BCE.

Einkorn wheat is an annual plant that normally grows less than 70 centimeters (28 in) tall and is not very productive of edible seeds. The plant is found growing in field margins, grasslands and on roadsides and normally it favors rocky places and dry areas. It can survive on poor, dry, marginal soils where other varieties of wheat will not. Culm-nodes are bearded. Leaf-sheath is oral hairs ciliate. Leaf-sheath is auricles falcate. Ligule has an eciliate membrane. Leaf-blades are about 2-5 mm wide. Leaf-blade surface is puberulous. Margins of Leaf-blade are smooth, or scaberulous.

Fruit is caryopsis with adherent pericarp; hairy at apex. Hilum is linear. 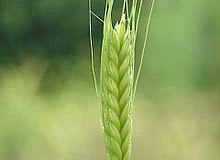 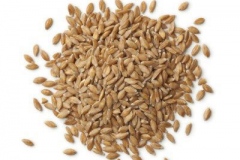 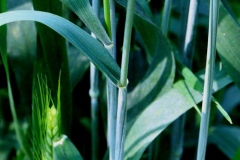 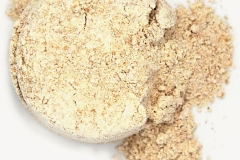 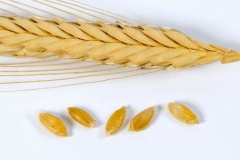 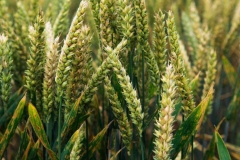 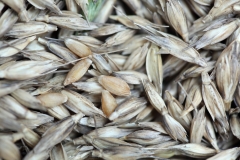 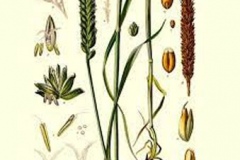 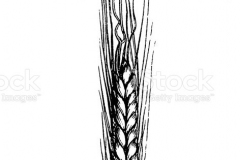 1. Lowers the risk of eye disease

Einkorn consists of dietary carotenoids, which work as antioxidants to provide relief to certain diseases including eye diseases such as macular degeneration. This was discovered after an experiment where Einkorn was observed to be increasing in carotenoid levels when sprouting, particularly when exposed to light. It’s also been exposed that there are concentrations of lutein, zeaxanthin, and β-carotene in Einkorn, which are lipophilic antioxidants that have also proven effective against eye diseases. The main function of these antioxidants is to act as a shield that absorbs the damaging effect of the light that enters the eye.

Einkorn is also known to be among the less allergic wheat varieties. This was first revealed in the Journal of Nutritional Science and Vitaminology after research was performed on 324 different wheat varieties sourced from different parts of the world. Research focused mostly on major wheat allergens or components of gluten such as glutenin and gliadin. This was to ensure the best screening process because these allergens were known to trigger allergic reactions in patients that were tested.

The allergens glutenin and gliadin were used as the benchmark for determining less allergenic varieties of wheat, a process which revealed Einkorn and several other wheat varieties as less allergenic. This discovery inspired the use of Einkorn and other less allergenic wheat options as mother plants for breeding to aid wheat-allergic patients with getting rid of and treating their food allergies.

Einkorn flour restricts cell production that is related to glucose and fat metabolism, a process that is synonymous with the prevention or delay of diabetes development. This discovery was made after a study on ancient grains was conducted at the Department of Endocrinology and Internal Medicine at Aarhus University Hospital in Denmark.

Research investigated the effects of ancient wheat whole grain flour diets on the development and progression of type 2 diabetes, with focus on the glycemic responses. Also, an intervention study which involved the consumption of five different diets – emmer, rye flour, spelt, refined wheat and Einkorn was conducted over a period of nine weeks.

The results showed a down-regulation of hepatic genes, a phenomenon in which a cell decreases the quantity of a cellular component in response to an external variable (grain). Each diet showed a remarkable effect of the decreasing of cell production relating to glucose and fat metabolism, which is equivalent to the prevention or delay of diabetes development. Based on these findings, it’s a good idea to include ancient grains and flours, Einkorn flour specifically, in your diabetes diet plan.

5. Prevent the risk of diseases

Einkorn flour consists of copious amounts phenolic acids. This acid is known to be responsible for protecting the body from oxidative damage and diseases through the ingestion of some plants, fruits, and vegetables. Larger quantities of carotenoids have also been found in Einkorn flour than any other modern wheat flour. All of these elements have proven effective at fighting serious diseases like coronary heart disease, stroke, and cancer.

Unlike other wheat flour varieties, Einkorn flour is low in gluten and lighter in mass. This makes it easier to digest and allows better absorption of nutrients, especially recommended for those with sensitive stomachs and endurance athletes.