Trending
You are at:Home»Herbs and Spices»Health benefits of Enicostemma littorale 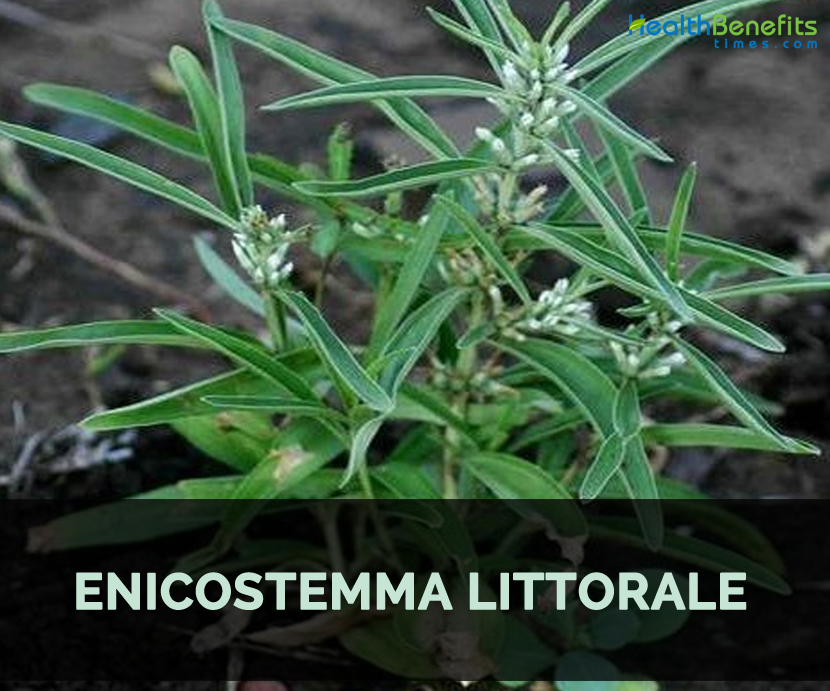 Enicostemma littorale is an erect and perennial herb which grows 5 to 30 cm tall and is simple or branched at the base. It has glabrous and cylindric stems with decurrent ridge below leaf. Leaves are sessile narrowed into petiole like base and longer than internodes. Lamina is 5-8 × 0.3-1 cm, linear to lanceolate or narrowly oblong. Inflorescence is found in many auxiliary clusters and diverse in axils of each pair of leaves. Usually flowers are white with green lines, sessile or subsessile. Bracts are long and shorter than calyx, lanceolate to acuminate and carinate.

Hyperlipidaemia is a condition of alcohol induced liver injury as it assembles and triglycerides in liver as well as in blood results in several complications. The hyperlipidaemic condition or antioxidant effects on injured male albino rats by administering with E. littorale extract at dose of 250 mg/kg body weight. It lowers the levels of triglycerides, cholesterol and fatty acids reduced in serum and activity levels of TBARS and lipid peroxidation levels were lowered and CAT, SOD, GPx were extended in liver tissue. Also the restorative effect on aqueous leaf extract on oxidative stress and hyperlipidaemic. Oxidative stress is responsible for nephrotoxicity. The role of E. littorale Blume as an antioxidant therapy in gentamicin induced nephrotoxicity in rats. E. littorale improves antioxidant defense system of mitochondrial fraction with better progress in mitochondrial fraction. The extract is used in antioxidant therapy to neutralize mitochondrial and post-mitochondrial oxidative stress formed in kidney and also prevent nephrotoxicity.

A. littorale lowers serum cholesterol level in rats with hepatoma that promotes hypercholesterolaemia. The component promotes cholesterol acyltransferase by esterification of free cholesterol in HDL. The study shows that new property of swertiamarin as a lipid lowering agent when being compared to atorvastatin and also contributes antiatherosclerotic and cardioprotective role effects. It lowered total serum cholesterol and triglycerides. Antioxidant and hypolipidemic effects are evaluated by allocating an aqueous extract of E. littorale to rats. When treated with this extract lowers activities of erythrocyte CAT, LPO and SOD levels with increment in reduction of glutathione levels, liver or kidney cholesterol levels were also lowered in E. littorale treated rats.