Trending
You are at:Home»Health & Beauty»Facts and Health Benefits of Zumba 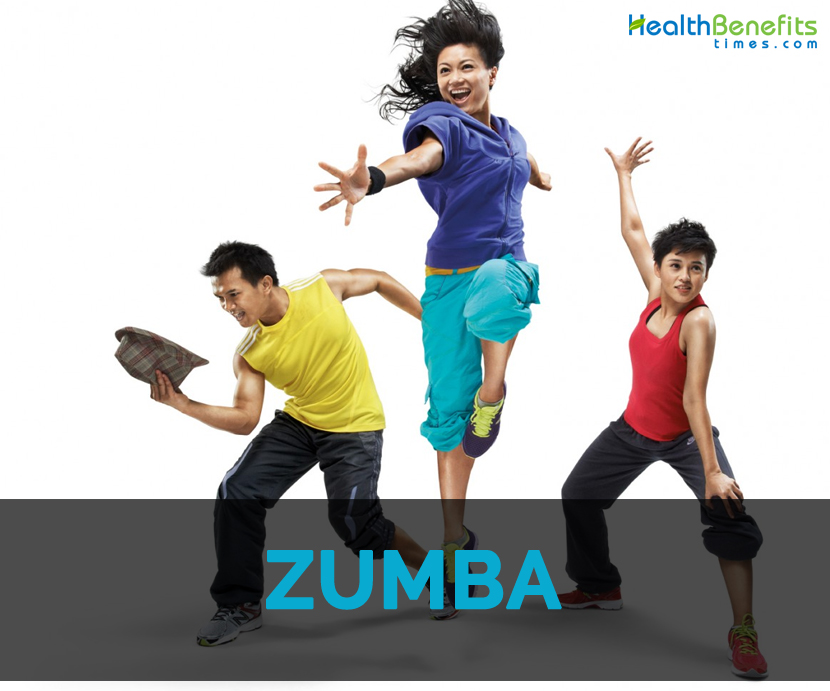 Zumba is the dance fitness program which helps to burn calories with easy and effective movements. It is an advanced traditional cardio workout which makes the people active. It was formed by the Colombian dancer named Alberto “Beto” Perez in 1990s. It includes aerobic movements and dance which is performed to energetic music. Choreography includes soca, hip-hop, salsa, samba, mambo, lunges, squats and merengue. Zumba classes runs for one hour long which is instructed by the licensed instructors of Zumba Fitness LLC. There are six different types of Zumba which includes Zumba Gold, Zumbatomic, Aqua Zumba, Zumba Toning, Zumba in the Circuit and Zumba Gold Toning.

Zumba was organized by choreographer Alberto “Beto” Perez in Cali, Colombia in mid 1990s. The official website results that Beto realized that he has forgot the music when he was about to teach an aerobics class. So he improvised by using the merengue and salsa tapes which was with him. This made splendid mix of aerobics and dance which made his students have fun and moving.

Perez partnered with Alberto Aghion and Alberto Perlman in 2001. Then fitness series videos were sold infomercial. In 2012, Raine Group and Insight Venture Partners made investment due to which the company was able to expand into the class instructions. In 2015, there were about 14 million of students of Zumba in 186 countries. The word Zumba was chosen arbitrarily with no precise meaning.

It is the modification of original Zumba class. The moves and steps are slightly changed which suits the younger generation. The moves are performed in Latin music.

Zumbatomic is for the kids between the age of 4 and 12. It is the workout for kids.

It is the traditional Zumba performed in the pool. The friction of water promotes the muscle to perform harder. It benefits joints of the body. It is suitable for people of all ages.

This Zumba focus on the traditional cardio elements. The key areas are focused. The toning sticks are used for best results. It includes the dance moves and aerobics.

It is the combination of traditional Zumba and circuit training in one class.

It is a simple training method for the people of older ages. It is for the muscles which does not receive enough exercise.

Zumba is a fun workout which is practiced in more than 175 countries by 15 million people. The classes are usually one hour long and are instructed by trained Zumba professionals. It is the combination of slow and fast dance moves. It promotes communal support, social interaction and enjoyment. It promotes flexibility, better posture, strength, metabolism and endurance. It offers workout for the whole body. It is the rare exercise which suits all age group of people.

Aerobics provides positive effect on brain parts which is affected by multiple sclerosis. The study conducted on cognitive function, fitness and structural changes shows that aerobic fitness is related with lowering damaged brain tissues in MS patients. The study shows that MS patients are related with high gray matter about 20 percent due to brain processing skills. (1)

The continuous movement in Zumba class for an hour helps the body to confirm with ongoing exercise as well as energy expenditure. It could be enjoyable and easier. (2)

Zumba has workout movements which is the combination of salsa, samba, mambo and merengue. It assists muscle groups and joints for more stretches and unusual movements. It lowers tension and promotes flexibility and posture. (3)

Zumba improves the physical health as well as dance moves. It makes the people feel more comfortable with body. It encourages for the workout and enhances self-confidence. (4)

Zumba has multi-tasking elements such as motions, graceful which makes the body unified and well balanced with the maintenance of physical shape. (5)

Zumba is an activity which release neurotransmitters and endorphins that could promote mood and eradicate stress hormones of the body. (6)

Zumba is a dance form of fitness which promotes full body workout. It is a comprehensive fitness regimen which engages every muscle. This makes the body full toned. (7)

Zumba is the combination of International and Latin music with dance themes which makes the fitness system effective, exciting and dynamic. The routine traits of fitness or aerobic interval training which consists of slow and fast rhythms that helps to tone out the body. It helps to burn fat and maximizes caloric output.  It involves the simple moves on dance music such as Salsa, Cha Cha, rumba, reggaeton. The moves are not complicated which are mostly repeated.