Trending
You are at:Home»Facts»Failure to Launch Syndrome: What Is It and What Are the Red Flags? 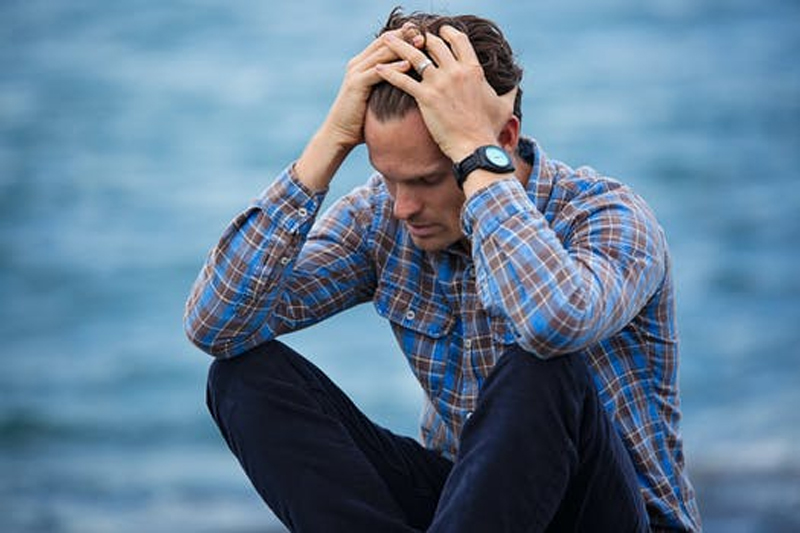 Just over 56% of young people, aged 16 to 24 years old, were employed in the US during July of 2019. While there may be a number of reasons a young person is not able to work, whether that be family issues or lack of dependable transportation, there are still many young people who are holding themselves back from growth. This can be extremely aggravating for those around them.

They may refuse to look for jobs, work hard in school, or even lack any interest in starting an independent life. No amount of encouragement can persuade them to think and act differently.

You may know someone like this in your life, and you may not know this situation has a name. It’s called failure to launch syndrome. Keep reading below to discover more.

What Are the Signs?

Those with failure to launch syndrome give off a number of signals. Some signs may not be necessarily noticeable to peers around them, but those closest to the individual will be able to pick up on them.

One major sign is an extremely poor or nonexistent work ethic. They may not complete any school assignments, constantly call out of work, or slack on chores around the house. These things can cause them to fail out of classes or keep them from holding a job for an extended period of time.

Individuals who failed to launch may expect a lot out of those around them without reciprocating the same amount of effort and action. When stressful situations strike, they tend to avoid the situation altogether. They show no motivation to work through a problem.

When asked what plans they have for the future, they may deflect the question or become upset they are even being questioned. They will often become defensive. Individuals with failure to launch syndrome can have narcissistic tendencies in order to compensate for low self-esteem.

If you notice someone with these qualities, you’ll also probably notice they continuously cycle through jobs and have many strained relationships with others.

These signs are more common in individuals who are in a transitional stage of life. For example, someone may show these signs if they are a senior in high school and feel pressure around the choice of their future college and career.

As you keep reading, you may be thinking of a specific someone in your head. Your next question is probably, “Well, what caused this behavior?”

While it can’t often be pinpointed, there are some pretty good guesses of why people exhibit failure to launch syndrome.

The largest cause is the fear of failure. Most people who don’t launch won’t launch because they are afraid of messing up in the process. If they don’t try, they’ll never fail.

Most people are able to tell themselves that failure is an inevitable, typically an educational part of life. It’s what teaches how to do something better or different the next time. It’s unfortunate at the moment, but it can be beneficial in the future.

To those with failure to launch syndrome, they view failure as something that can crippling, humiliating, and absolutely unacceptable. This viewpoint stems from patterns they developed in their head at a younger age.

It’s likely they were often around an authority figure that criticized and shamed them in everything they did, creating an environment of fear. They probably sought permission and validation from this authority figure.

A person who isn’t launching also has a poor view of their self-worth and strives to be perfect in whatever they do. They know being perfect all the time is not achievable so they don’t even try. If they do try something and don’t get the results they want, they take the consequences personally.

At the end of the day, know you can only help those who want to help themselves. Individuals with failure to launch syndrome can only succeed if they put in the work. However, there are ways you can help and encourage them from the outside.

They first need to work on their own self-worth and overcome their fear of failure. You can encourage them to speak kinder to themselves, seek mental health services at places like SOBA New Jersey, and start building faith in themselves through small tasks.

Instead of conquering signing up for college courses right now, start off by encouraging them to start a garden or adopt a pet. Things as simple as this will teach them responsibility and work ethic.

Next, they need to establish attainable goals. They can set the goal to get at least 3 A’s in their current semester at school or not call out of work for a month. As they conquer goals, they’ll be eager to establish more.

If they do fail at something along the way, encourage them to look at it from a rational point of view. Instead of developing a fear of future failure, have them write down what went wrong, why they think it went wrong, and what changes they can make for next time.

One important last step is encouraging them to find something they love that can refill their cup. Life can be tough, and it’s important for everyone to have a way to find peace and relaxation for the moment.

Out of all of this, getting to a place where they take action is most crucial. It may take plenty of mental preparation, and the first step may seem small.

A small step is better than no step.

Failure to launch syndrome can be recognizable in many people, especially young people in a transitional period of their life. These individuals may not be able to hold a job or lack the motivation to achieve any goals.

This syndrome is developed because of a fear of failure. It is something a person can overcome by seeking help, creating a greater sense of self-worth, and taking action.
For more on life, nutrition, and delicious recipes, make sure to check out the rest of our site.