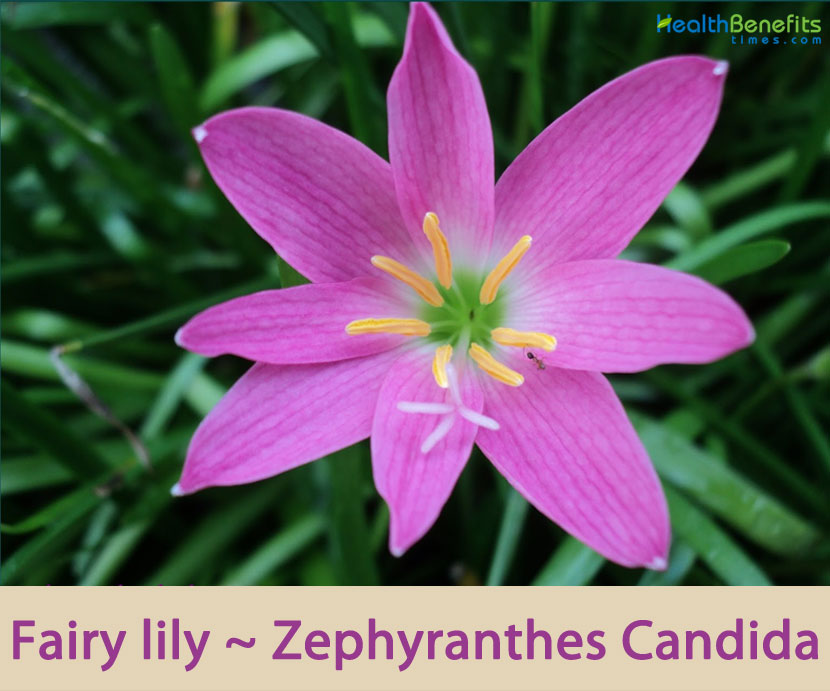 The name for the genus has Greek origins as Zephyrus is the name for the Greek god of the west wind and ‘anthos’ means flower so a literal translation is “flowers of the western wind” and is in reference to the way the flowers on their slender stems dance in a wind. The specific epithet ‘candida’ means “pure white’ or “shining white”, referring to the color of the flowers. The members of this genus are commonly called rain lilies since they often flower following heavy rains. This plant was first mentioned by John Lindley in 1823 as Amaryllis candida but was transferred to its current genus in 1826 by William Herbert who later recommended that might best be separated to another genus for its many differences to other Zephyranthes species. It has since been renamed to Plectronema candida (1838), Argyropsis candida (1847), Atamasco candida (1928) but these names have not stuck and for nearly a century this plant has remained known as Zephyranthes candida.

Fairy lily is a clump-forming herbaceous perennial plant that normally grows up to 10 to 30 centimeters (6 to 12 inches) in height. The plant is found growing around old home sites, on roadsides, in cemeteries, and in lawns. The plant prefers fast-draining, organic and loamy soils. Rain lily is salt sensitive, so saline soils are a big “NO”. The plants are not picky about soil type and can thrive even in poor soil, though they do better when compost or humus is incorporated into the soil before planting. The site should also be in full to partial sun, with areas that receive sun in the morning and shade in the afternoon or dappled shade for much of the day, which is the most advantageous for the plants.

As you might gather from their common name, Fairy lily likes a bit of water and you often see a flush of bloom after a rain. The flowers appear consistently throughout the summer as long as they are kept moist. The foliage may even disappear during drought conditions. For best bloom, water regularly and deeply throughout the growing season, particularly from midsummer through fall. No fertilizer is required, though when they’re planted in heavy clay you should spread a 1- to 2-inch layer of finished compost or aged manure around the plants before they emerge in the spring. 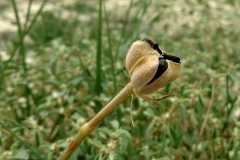 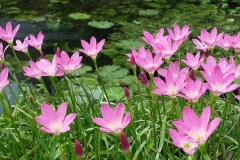 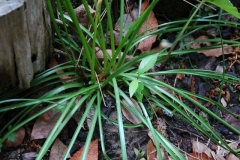 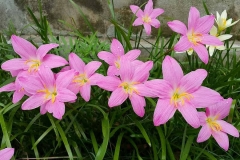 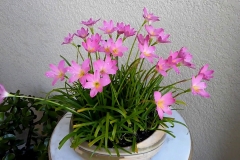 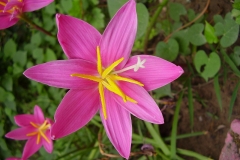 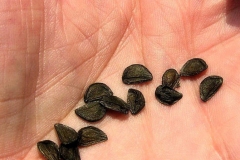 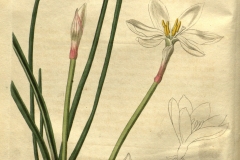 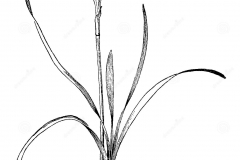 Flowers are solitary on an erect scape 3-12 inches in length. The scape is green in color and glabrous. The corolla is white or pinkish in color and rotate. Each flower has 6 white tepals and 6 stamens with yellow anthers. The stigma is capitate. Flowering normally takes place in between July to October.

There are some diseases that are curable using Fairy lily (Zephyranthes candida), including the following:

When bedtime has arrived but you haven’t been able to close your eyes, there are also natural ways to cope with the hard bed, one of them with Fairy lily. Take 10 grams of leaves, wash with clean water. Heat 500 ml of water on the stove, insert the ingredients into it. Leave it in boiling water for 5 minutes, lift. Drink it in the morning and evening also.

If you suffer from dizziness caused by a medical condition, try consuming a traditional herb. Boil 15 grams Fairy lily along with 450 ml of water. Wait for the water to boil over ¼ hours, allow cooling. Drink immediately, to relieve a headache.

To prevent epilepsy, you can use natural ingredients. Heat two cups of water using low heat, stir in 10 grams of brown sugar and a bit of graining of stones. Simmer for a few moments, lift. Give this drink to epileptics per day.

4. Improve liver function in people with hepatitis A

Fairy lily during early stage turns out to be effective in addressing impaired liver function. With enough drinking water decoction of the plant is 10 grams. Do regularly until symptoms diminish and disappear.

Little flower proved to be able to reduce high body heat in children. The flowers are then mashed paste on the brow edge.

6. Addressing the spasm in children

Fairy lily can also be used as a medicine beyond children who experience seizures. In addition, it does not matter if Fairy lily already boiled taken by sufferers.