Trending
You are at:Home»Facts»Feeling anxious? Here are some foods to deal with it 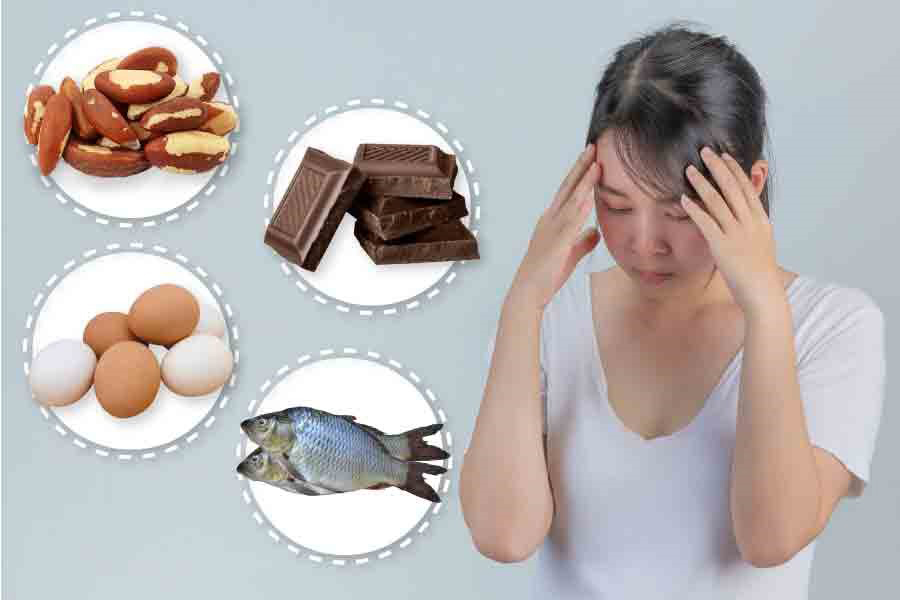 However, it Is also said that anxiety is a curable mental disorder; thus, this might occur due to some possible reason, possibly due to overthinking or even due to consumption of foods that have the triggering focal of the anxiety.

To get past it, let’s focus shearing on the food items that could end up causing the concern mentioned above. But before that, let’s what happens when going through an episode of anxiety.

There are several such instances wherein you end up feeling petrified or, in other words, intensely stressed. This can usually transpire due to several obscure reasons. Do the symptoms vary from constantly sweating to heavy breathing and even feeling tired? Ever felt any of this? If yes, then there might be one of the reasons for foreboding this way, i.e., the food we gobble.

FEELING ANXIOUS? IT MIGHT BE DUE TO THESE FARES.

Can food items cause anxiety? If you were nescient about this, read further to acquire the information. This generally occurs due to the changing levels of hormones or neurotransmitters when the food is ingested or can also occur due to the energy levels we receive from sugar. Hence, these are the food items that can make you anxious;

There are several drinks loaded or packed with preservatives and mainly sugar; the study shows that a pack or a bottle of the beverage contains about 8 – 13 teaspoons of sugar. As previously mentioned, these sugars can elevate or give rise to your anxiety; this might be the case.

Thus, these are several such food items that can henceforth cause anxiety; other than that, other food items such as artificial sweeteners, alcohol, etc., can also cause anxiety, and hence before consuming these food items, check on the dosage or intake.

Anything in access can lead to harm. And thus, to subside the effect of these food items, one can consume other food items that are said to relieve you from anxiety.

RELEASE ANXIETY WITH THESE FOOD ITEMS

“Every negative has a positive” or more like yin yang; thus, let’s look at the positive aspect. There are several such food items that reduce or tranquil your anxiety. These food sources that are rich in zinc and omega-3 are said to have a link in lowering anxiety, say the studies. Thus, let’s have an eye at these food items.

SALMON IS THE ONE

Salmon is one of the fatty fish rich in omega-3 and fatty acids. These fatty acids comprise Eicosapentaenoic and docosahexaenoic acid that reduces inflammation and leads to brain development and increase in the release of dopamine and serotonin that aids when in solace.

Green tea is one of the remedies for anxiety. It has properties that can overcome anxiety, such as L-theanine, an amino acid that can reduce anxiety and stress. Researchers have found that drinking about 100 ml of tea reduces the chances of depression and amnesia. It also contains antioxidants and provides a calming effect.

It is also said that the psychopharmacologist in Boston quoting “tea is a calming agent but alerting at the same time.”

Thus, there are food items that can calm your anxiety, but that’s not it; there are several other such eateries that can help you with anxiousness those are namely:

OTHER FOOD ITEMS THAT CAN REDUCE ANXIETY

Other than the eateries mentioned above, there are several other food items that pass the checklist of reducing anxiousness.

Now that we are aware of the food items that we can consume to elevate our brain functioning and reduce anxiety let’s look at other solutions for overcoming your anxiety.

WHEN TO SEE A DOCTOR?

If in case you are not gruntled and still are oblivious about what, why, and how do you end up feeling anxious, you can thus seek medical help that is through a certified psychiatrist or psychologist who is well aware and erudite regarding these issues.

Other than that, one can also consume the prescribed SSRI medication under clinical surveillance. SSRI medications are serotonin inhibitors that are used as antidepressants to get more well-versed information about these medications related to anxiety and depression; you can refer to practical anxiety solutions, which can be your guide with informative content regarding your issues.

Thus, there are several such solutions that one can opt-in case of anxiety. Be it some calming food options or proper clinical help. Hence, try opting for these remedies and notice changes. In conclusion, you are not alone.