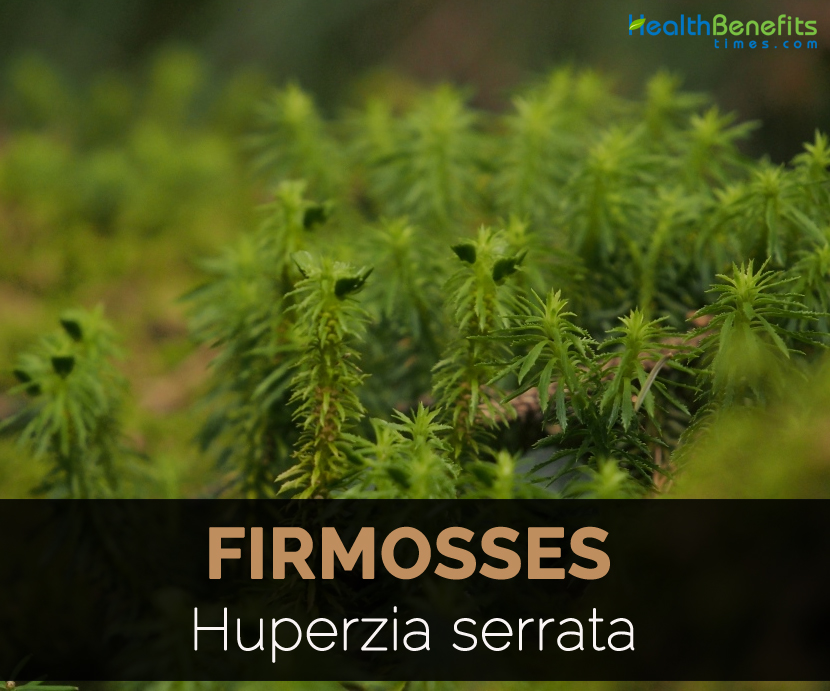 Huperzia serrata is a rare species which is considered a medicinal herb in Western countries and is used in a wide range of functional foods. It is used to prevent aging diseases. It is propagated by spores. It is a type of moss which is found in subtropical parts of India, Southern China and the United States. The herb is used as a cognitive enhancer and treats organophosphate poisoning and neurodegenerative disorders such as Parkinson’s disease and Alzheimer’s disease. This traditional Chinese medicine for memory took the world by storm fifty years ago. Clinical studies show its ingredient huperzine is an effective cognitive enhancer that boosts learning, memory, and mood in students and people with Alzheimer’s, and it is safe to take.

This ancient Chinese plant remedy dating back to 600 to 900 AD, brewed as a tea, Qian Ceng Ta, has been used to treat various mental disorders, fever, and inflammation. Chinese medicine practitioners noticed that people who drank the tea found their memories improved. Spores from the related species wolf’s claw clubmoss (Lycopodium clavatum, common throughout the world), ignite when thrown into flame. Once thought to be magic, this practice provided the flash in early photography.

Also known by the common names toothed or fir clubmoss, this genus is one of the oldest plants on the planet, for it grew 390 million years ago when tree forms of clubmoss reached heights of 100 feet (30 m). Now growing to about 12 inches (30 cm), the slow-growing, evergreen clubmoss looks very much like a large moss with branching green stems and simple needle-like leaf structures called microphylls. Leaves are reflexed near the base and spreading in the younger parts, spirally in various ranks, petiolate. Lamina is elliptical to lanceolate, 7-17 mm × 2-4 mm, base narrowed, margins deeply irregularly serrate or double serrate, apex abruptly acuminate and deep-green. In China it is becoming endangered but can still be found largely in rock crevices and damp forests along the Changjiang River area, and it also grows in tropical and subtropical forests of Australia and India. Also known as ground pine or creeping cedar, it is epiphytic, slow-growing, and propagated mainly by spores. It does not produce flowers. 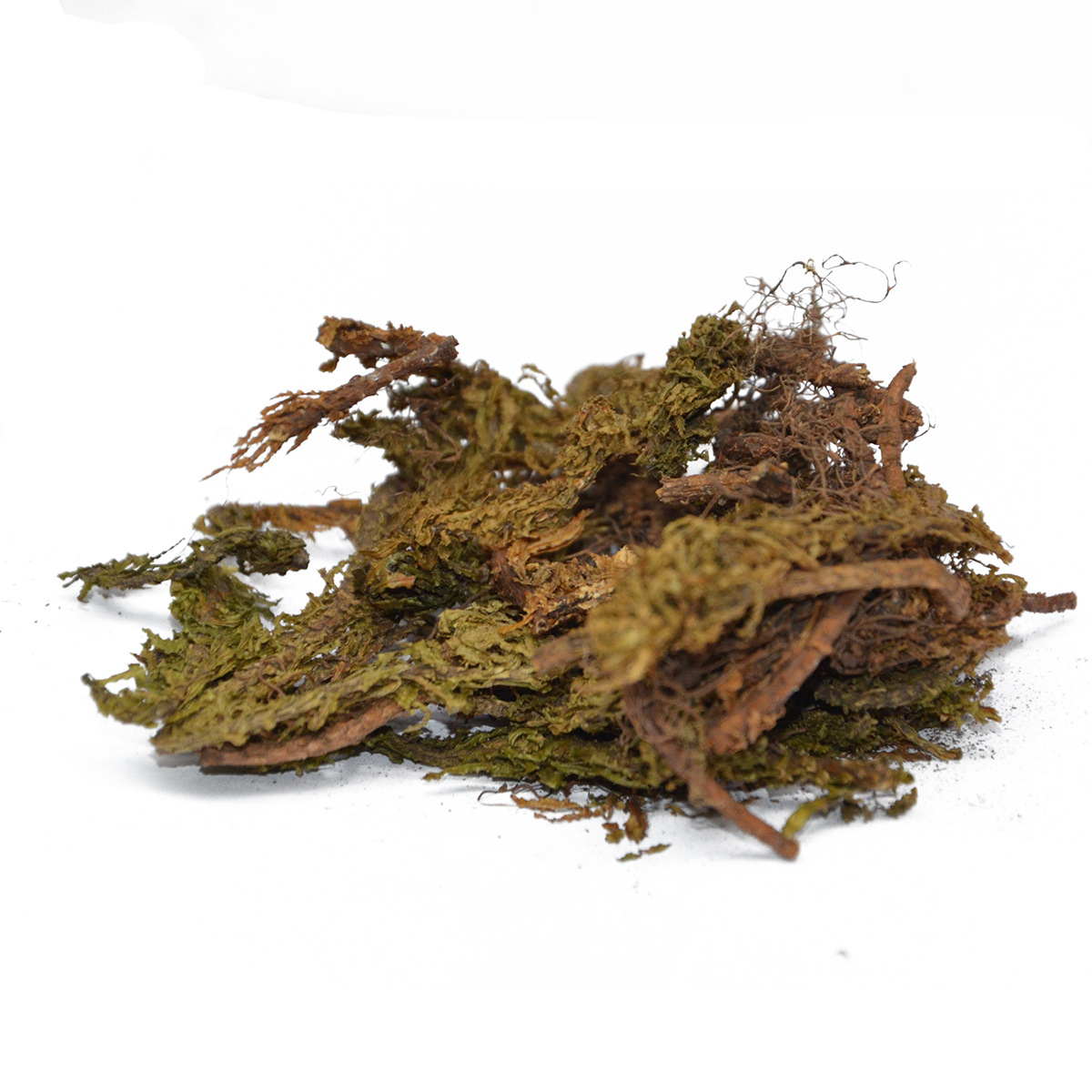 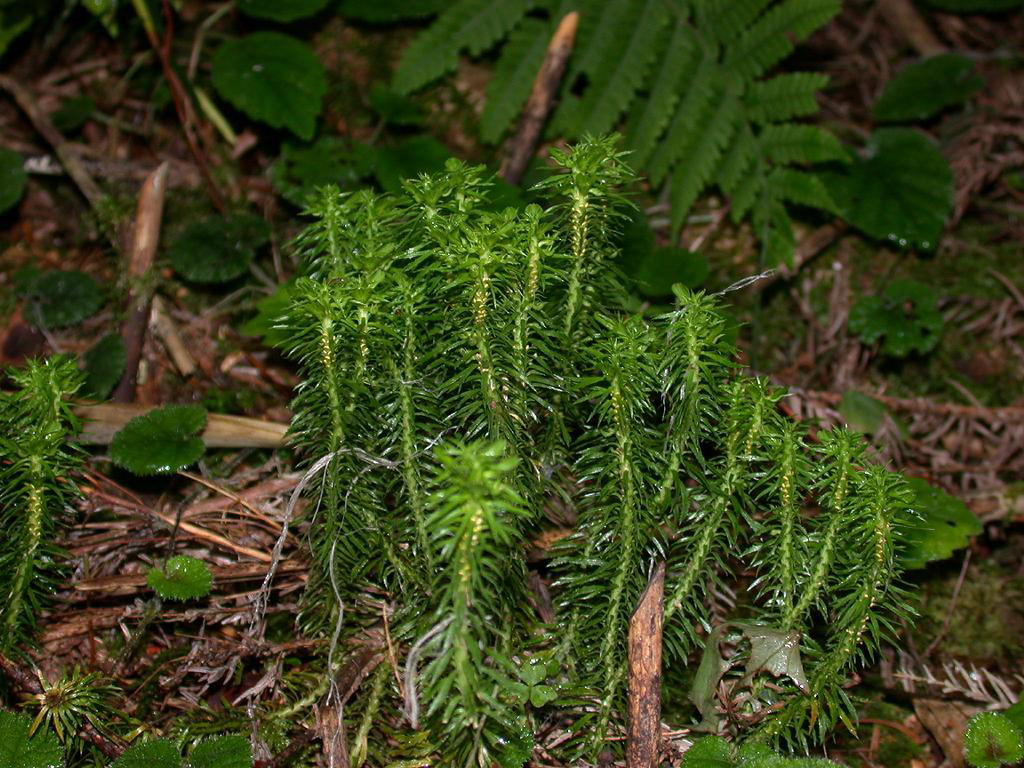 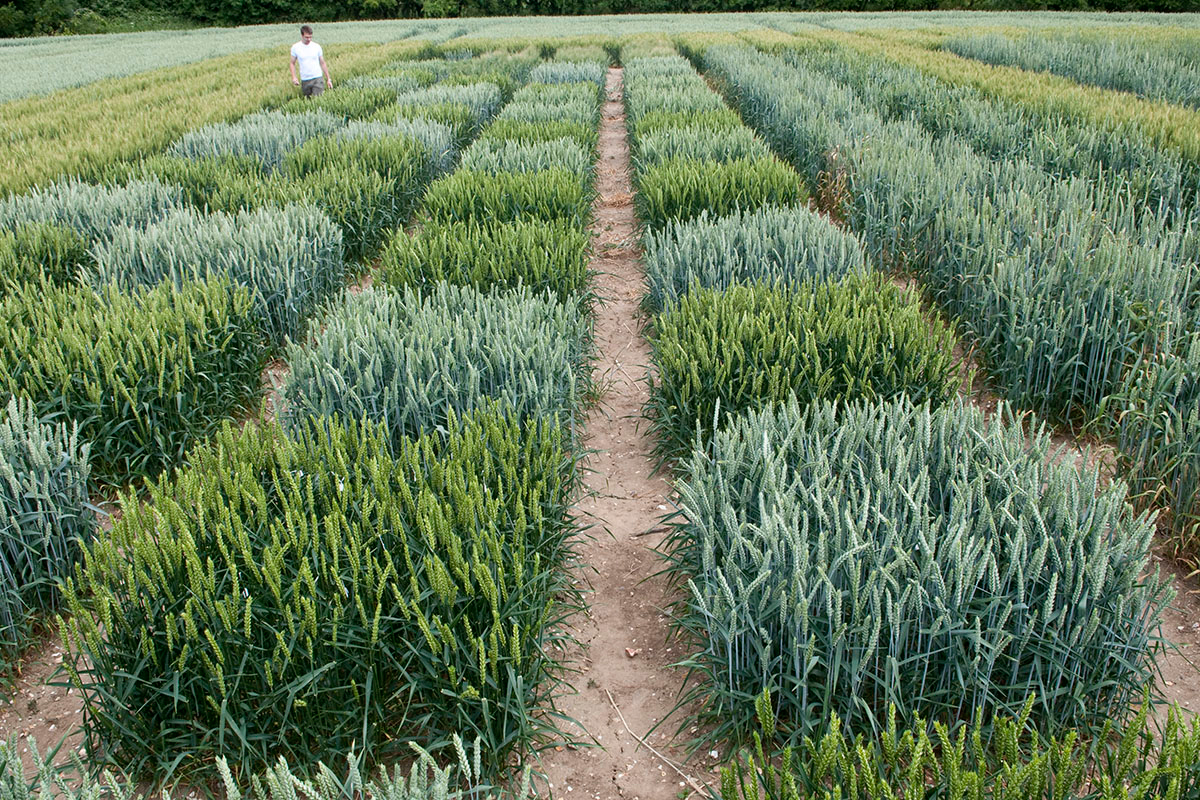 Spore sacs form on most of the current year’s growth. One sac is attached to the base of each sporophyll on upper stem and branches which turns yellow as they mature and light brown when dry. It splits to release the spores in late summer into fall. Old, dried sporangia from previous years persist on the stem. Leaf-like propagules are produced on claw-shaped branchlets which are distributed throughout the stem. Gemmae are flattened fan-shaped, about 3 to 4 mm long with three main leaves, the central leaf is oblong and two lateral leaves are more elliptic, 0.5 to 1 mm wide and all three are pointed at the tip.

In humans: Chinese clubmoss was discovered to be a brain booster in China in the 1970s when people using it had nausea and dizziness (a sign of overstimulus of memory signals). Numerous clinical studies in China show its active ingredient huperzine is an effective cognitive enhancer. Controlled studies show beneficial effects in learning and memory in students, in a meta-analysis for Alzheimer’s, in vascular and multi-infarct dementia, and in cocaine use disorder, as well as beneficial effects in initial studies of brain trauma, schizophrenia, and benign senescent forgetfulness. Huperzine was approved to treat Alzheimer’s in the 1990s and improves memory, cognition, mood, and behavioral function.

The Lycopodium alkaloids huperzine A and B (and others such as carinatumin) boost the memory signal acetylcholine. Members of the genus Phlegmariurus in the same family contain more huperzine A than Huperzia species.

Commonly taken in capsules or powder form, and capsules of the active ingredient huperzine A on its own is also taken. Aerial parts can be taken as a tea or added to your morning smoothie. Not to be mistaken for Lycopodium clavatum (a related species that does not contain the active huperzine). Consult your health care practitioner as dose can vary with health, age, and weight.

Reported entirely safe in recommended dose. Do not exceed recommended dose to avoid side effects such as blurred vision, nausea, and vomiting. More studies are required, though huperzine A is reported to have high tolerance, with no serious adverse events. Do not take in pregnancy, hypertension, epilepsy, heart conditions (it can change the heart rate), or pulmonary disorders (it increases mucous). The side effects of concentrated extract are gastrointestinal upset and discomfort, headaches, restlessness, appetite suppression, sweating and high blood pressure.