Trending
You are at:Home»Fruits»Football Fruit facts and health benefits

Pangium edule commonly known as football Fruit, Sis Nut is a tall tree native to Malesia, Melanesia and Micronesia that produces a fruit with size and shape of a football and is member of Achariaceae family. Hence its names, football fruit, also known as pangi, kepayang and pakem. Its taste and odor have been compared to durian fruit. The seeds bark and leaves are poisonous. The seeds are used to kill rats and wild chickens, and the bark and leaves are used to stun fish so they can be scooped up easily.

Football fruit is a medium to large, much branched, evergreen perennial tree growing up to 18–40 m tall. It grows well in tropical rain forests and secondary forests. Yet the tree is shade loving. It prefers slightly acidic soil. It is also found growing along riverbanks and flooded areas and on stony and clayey soils. Leaves are spiral, clustered at twigs on long petioles at the shoot apex. Leaves are entire, broadly ovate, cordate to truncate base, 15–25 cm long, 3-lobed on young trees, acuminate, glossy green, nerves palmate. Flowers are mostly unisexual; male flowers occur in racemes, to 5 cm wide; with 2–3 calyx-lobes; 5 or 6 petals with a basal scale and many stamens. Female flowers are solitary, similar to male flowers, but have no stamens but with 5–6 staminodes alternating with the petals, ovary long-ovoid, thick-walled, 1-celled with 2–4 placentae and many ovules and sessile stigma.

Football fruit is a large, sub globose to ovoid-sub pyriform (football shaped) fruit, indehiscent, rough, brown, generally 15–30 cm long, and about half as thick. Fruit is normally brown colored with thick skin which encloses creamy-white or yellowish pulp. Many seeds are found that are compressed ovate, greyish, 5 cm long, the hard seed coat with prominent raised nerves and embedded in creamy-white or yellowish pulp. Its taste and odor have been compared to durian fruit. The leaves, barks and seeds are poisonous. The bark and leaves are used to stun fish so they can be scooped up easily and seeds are used to kill wild chickens and rats.

Football fruit is considered to have originated throughout Micronesia, Malesia and Melanesia.  They are grown wild and cultivated in Malaysia, Indonesia, Papua New Guinea and Vanuatu. Because of its wonderful nutritional value and health promoting benefits the fruit is nowadays cultivated throughout the world. 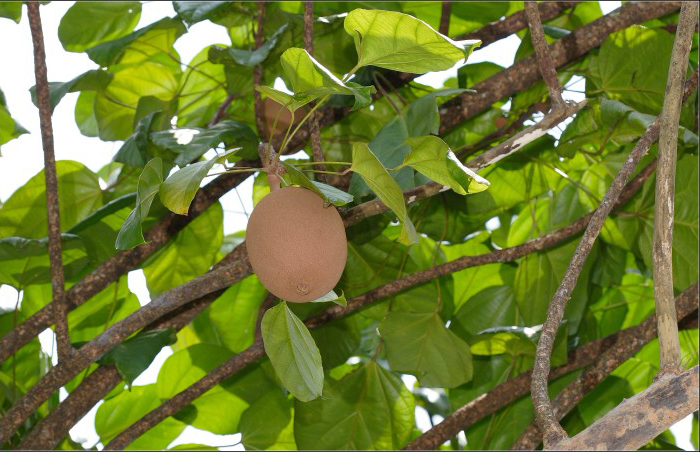 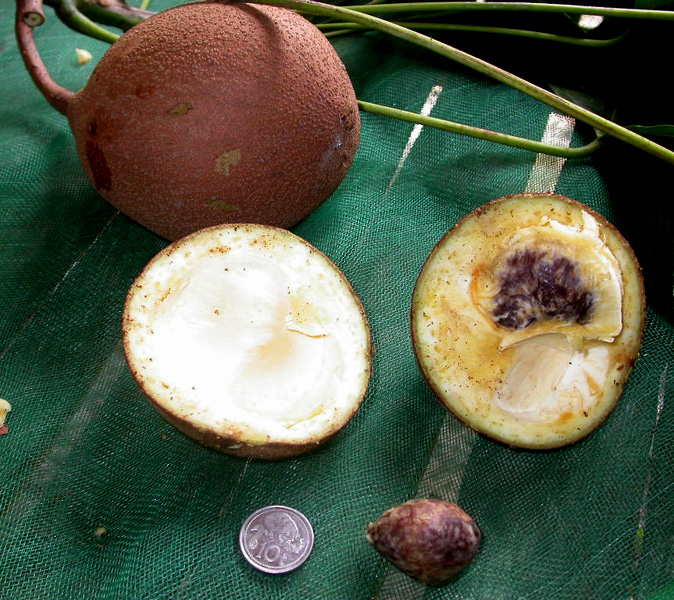 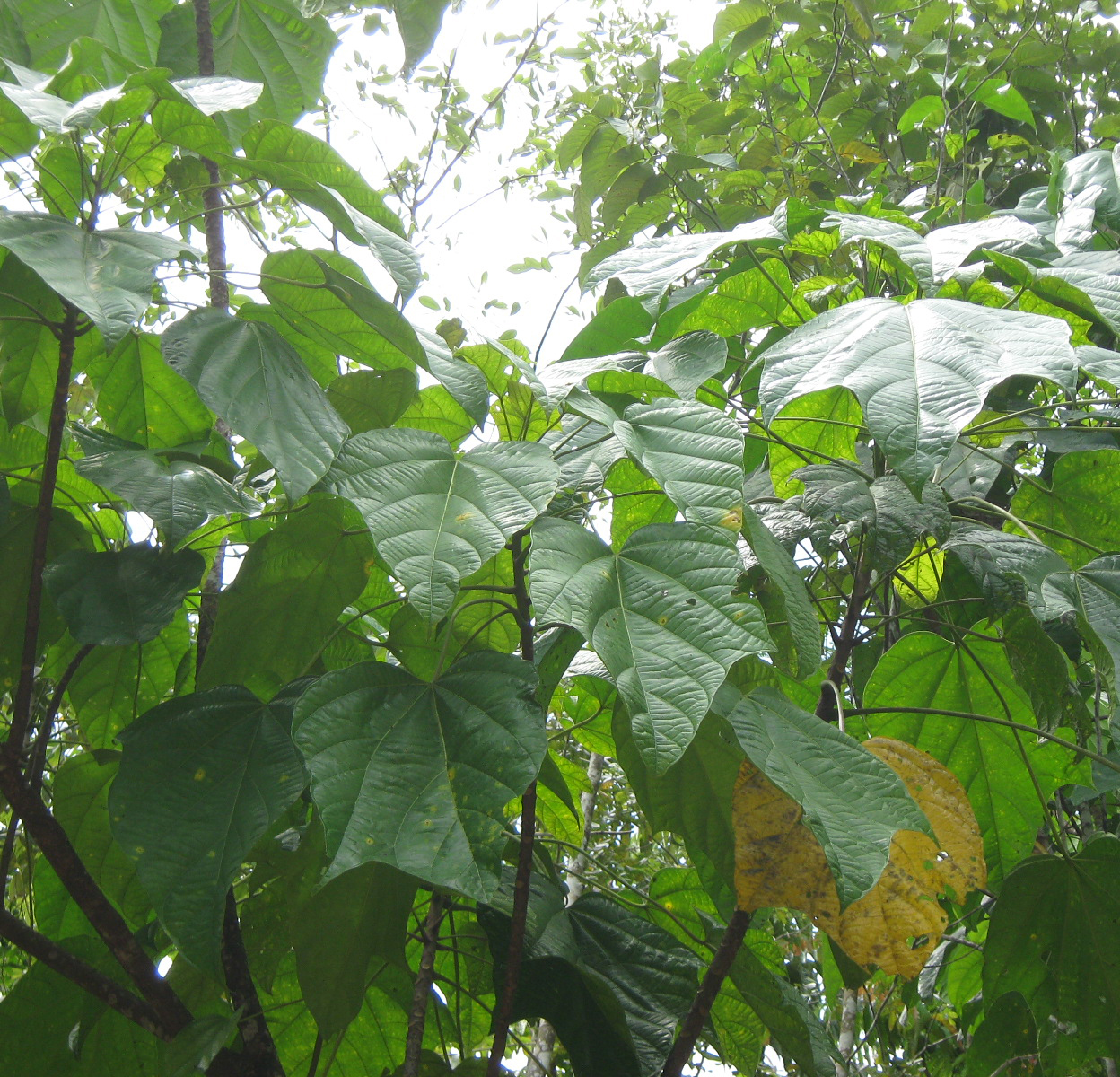 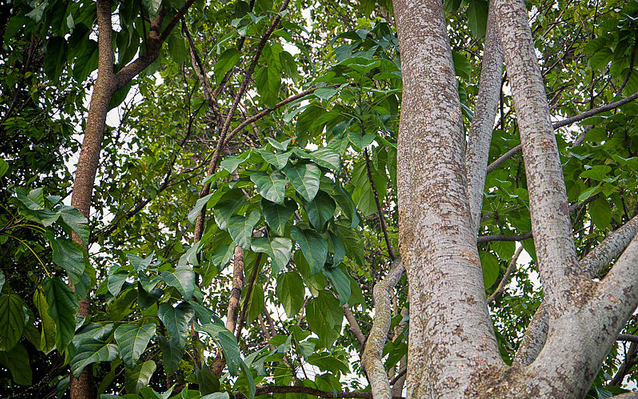 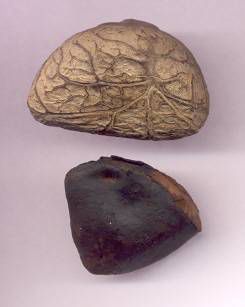 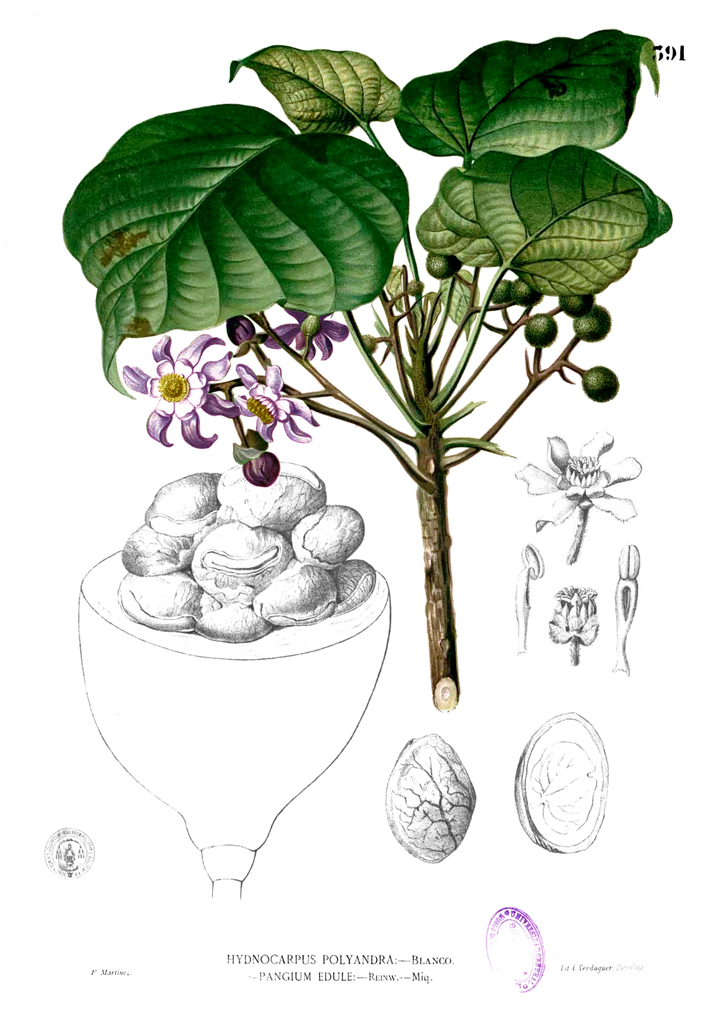