Trending
You are at:Home»Herbs and Spices»Traditional uses and benefits of French Lavender 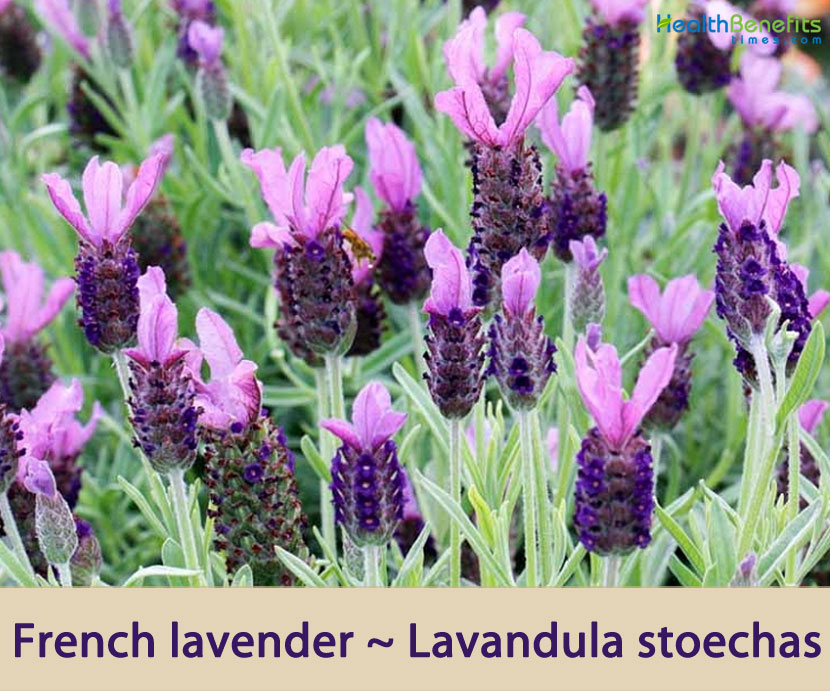 Lavandula stoechas commonly known as Spanish lavender or French lavender is a species of flowering plant in the family Lamiaceae. The plant is native to northwestern Africa (i.e. Algeria, Morocco and Tunisia), the Madeira Islands, the Canary Islands, southern Europe (i.e. Greece, Italy, France, Portugal and Spain) and Western Asia (i.e. Cyprus, Israel, Lebanon, Syria and Turkey). It has been introduced throughout Europe and to temperate/sub temperate areas in the Americas, Asia and Australia. It is an extensively used shrub in Unani medicines, Ayurveda and Siddha for brain problems like brain weakness, chronic headache, migraine, cold and flu. That’s why it is also popular as a Jaroob e Dimagh means the broom of the brain.

Few of the popular common names of the plant include Arabian Lavender, Bush Lavender, Butterfly Lavender, Common French Lavender, Italian Lavender, Quasti Lavender, Rabbit Ears, Spanish Lavender, Top Lavender, Topped Lavender, wild lavender and Bract Lavender. The Latin specific epithet stoechas comes from the Greek stoichas meaning “in rows”. It is also the Greek name for this species. Mostly in traditional medicine systems, its flowers and leaves are used in dried form. Its oil is also used in medicine. The taste of Ustukhuddus or French lavender is bitter.

The stems are upright (i.e. erect or ascending) or occasionally creep along the ground for a short distance and then grow upwards (i.e. decumbent). They are square in cross-section (i.e. quadrangular) and densely covered in greyish-coloured hairs. Older stems are somewhat woody, rougher in texture, and rounded in cross-section.

Like the stems, the leaves are greyish-green or silvery in color and softly hairy (i.e. pubescent). These small leaves are 1-3 cm long and 2-5 mm wide and are oppositely arranged along the stems and stalk less (i.e. sessile). They are long and narrow (i.e. linear or lanceolate) with rounded or somewhat pointed tips (i.e. obtuse or sub-acute apices). Their margins are entire, but are usually curved downwards (i.e. recurved).They are highly scented, especially when rubbed.

Large numbers of inconspicuous tubular flowers are arranged in dense cylindrical clusters that is 2-5 cm long at the tips of the stems (i.e. in terminal spikes). These flower clusters are borne on stalks (i.e. peduncles) 1-2.5 cm long and are topped with up to five distinctive, purple or violet coloured, petal-like bracts (10-50 mm long). The small tubular flowers are 5-8 mm long and are deep purple in color and are subtended by deep bluish-purple bracts 12-25 mm long. Their sepals are fused into a short tube (i.e. calyx tube) 4-6 mm long with many veins. The five petals are also fused into a tube (i.e. corolla tube) with five spreading lobes (i.e. corolla lobes). Flowers also have four yellow stamens and an ovary topped with a very short style. They give off a strong lavender perfume and flowering occurs from late winter through to summer (i.e. from August to January), but is most apparent during spring. 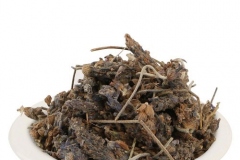 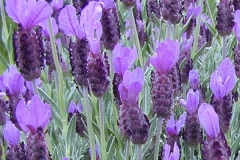 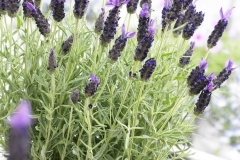 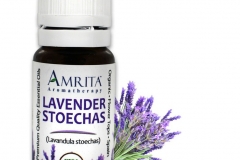 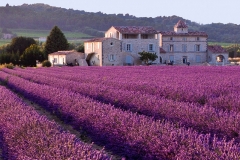 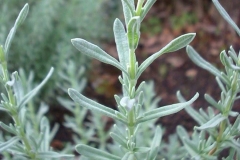 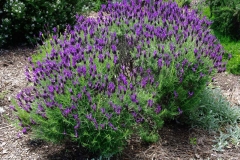 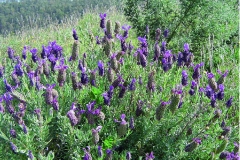 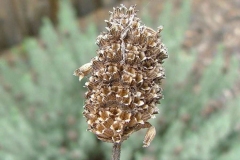 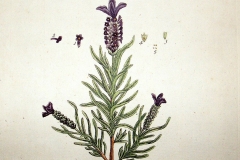 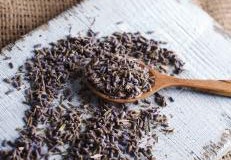 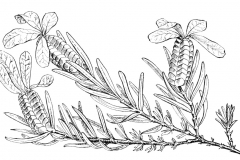 The fruit (i.e. a schizocarp) is brown, woody and splits apart when mature into four seeds (i.e. mericarps or nutlets). These seeds are about 2 mm across are almost round (i.e. sub-globular) and brown mottled with numerous darker spots. They are produced during late spring and early summer.