Trending
You are at:Home»Facts»Garlic: Overview and health benefits 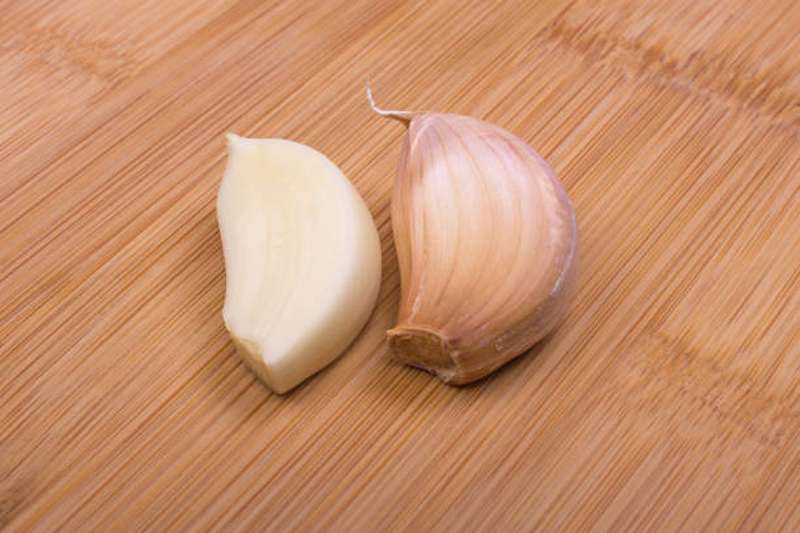 Garlic (Allium sativum) is one of the most popular foods out there. No one wants garlic breath. Still, we flavor all our favorite dishes with the tasty bulb! Garlic makes pasta, stir-fries, casseroles and even dips taste better, and although there’s no arguing garlic is delicious, you might not know it’s super healthy as well!

Garlic has long been acclaimed as one of the healthiest of all foods. The ancient Egyptians thought it made people stronger and was an excellent medicinal food. They fed it to the slaves who built the pyramids, and buried it with their pharaohs for their long journeys ahead.

Later, the ancient Greeks and Romans also revered garlic. To this day, many believe that garlic, which is a member of the onion family and is botanically known as Allium sativum, has an extraordinary ability to prevent cardiovascular disease, cancer, colds, and dementia disorders while fostering good health. One cannot help but wonder how much of this is hype and how much is backed by solid research. Here are garlic’s most impressive health benefits. As you’ll soon discover, the healthy compounds in the bulb play a part in many processes in our body. If you weren’t a garlic fan, you’ll become one today!

Bio-active compounds in garlic help you boost your immune system, making your body more resistant to unwanted guests such as viruses and bacteria.

Traditional medicine has relied on garlic to prevent and treat the common cold and the flu for centuries. We need more scientific research to understand garlic’s role in strengthening our immune system, but the evidence is encouraging!

In a study published in 2001 in Advances in Therapy, 146 subjects were randomly placed in one of two groups. For 12 winter weeks, one group took a daily garlic supplement; for the same period of time, the second group took a placebo. The subjects assessed their health in daily diaries. At the end of the study, the researchers determined that the people who took the garlic supplement had significantly fewer colds than the placebo group, and their colds lasted for shorter periods of time.

Garlic can lower blood pressure or hypertension caused by oxidative stress or obstructed arteries. Some studies have shown the bulb to be as effective as modern medicine designed to keep blood pressure in check.

Consuming garlic as a supplement or adding it to your diet is a good way of preventing heart disease caused by blood pressure.

A 2007 study published the Proceedings of the National Academy of Sciences of the United States examined the association between the consumption of garlic and cardiovascular health. In the study conducted on rats, researchers from the University of Alabama at Birmingham found that when the compounds in garlic interacted with red blood cells, hydrogen sulfide was produced. The hydrogen sulfide relaxed blood vessels. Eating the equivalent of only two cloves of garlic may trigger a relaxation rate of up to 72 percent. And, that relaxation begins the process of lowering blood pressure.

3. Garlic is Packed with Antioxidants.

Antioxidants in garlic bind with scavenging free radicals floating in your bloodstream. These inflammatory compounds are responsible for damaging your tissue at a cellular level, causing chronic inflammation and other complications.

Good cholesterol naturally controls low-density cholesterol and triglyceride levels, meaning garlic could prevent some of the most dangerous circulatory conditions, responsible for heart disease, the most common cause of death.

Consuming garlic consistently might improve exercise performance and stamina while reducing fatigue. This is useful for high-performance athletes and people suffering from lung or heart conditions that impair physical activities.

More research is needed to assess how effective garlic is in this department and if it affects everyone equally. Still, if you’re getting ready for a marathon, you might want to eat more garlic!

Garlic is a classic folk medicine used for gastric disturbances flatulence, worms, parasites, infections, dysentery, typhoid, food poisoning, Candida albicans. Its ability to remove pathogenic bacteria without depleting the body’s natural flora takes it a step beyond being just a ‘herbal antibiotic’. As it cleans the intestinal flora it may increase wind for a few days. It is useful whenever there is a disturbance of kledaka kapha or apana vayu in the intestines as it clears both mucous and gaseous distension. It can also stimulate a sluggish liver.

An Australian study published in 2007 in The Journal of Nutrition reviewed scientific studies completed during the previous ten years that had examined the relationship between consumption of garlic and the incidence of colorectal cancer. After noting a number of studies in which consumption of garlic dramatically lowered the incidence of colorectal cancer, the researchers concluded that, ‘‘there is consistent scientific evidence derived from RCT [randomized controlled trials]of animal studies reporting protective effects of garlic on CRC [colorectal cancer]despite great heterogeneity of measures of intakes among human epidemiological studies.’’

In an Italian and Swiss study published in 2006 in The American Journal of Clinical Nutrition, researchers used a number of case-control studies of south European populations to analyze the association between the frequency of consumption of onions and garlic and the incidence of several types of cancer, such as colorectal and ovarian cancer. The researchers found an inverse relationship between the consumption of garlic and onions and the incidence of cancer. So, the people who ate the highest amount of garlic and onions had the lowest rates of cancer.

And, in a study conducted at the Medical University of South Carolina and published in 2007 in Apoptosis An International Journal of Programmed Cell Death, researchers used garlic compounds to kill cancerous human brain cells. However, their research is very preliminary. It needs to be duplicated in animal tests. If, successful, it may be studied in humans.

How’s That for Your New Favorite Superfood?

There are many other health benefits in garlic. Considering it’s been part of traditional medicine worldwide for centuries, and that modern medicine is just catching up, we’ll surely hear more about the tasty bulb soon.

Now that you know what garlic can do, add it to your diet and start feeling better today. Healthy and tasty are not a common combination, but that’s precisely what garlic is. If you don’t know how to cook garlic, here’s a handy collection of cooking tips for you to check out. Add some personality to your meals while making them extra healthy!