Trending
You are at:Home»Herbs and Spices»Traditional uses and benefits of Green Wattle 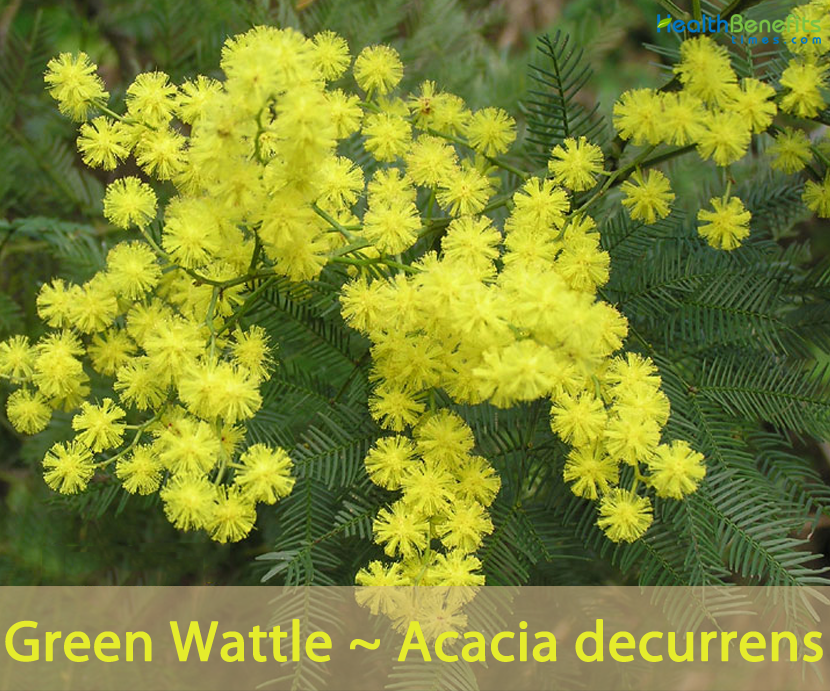 Green Wattle or early green wattle scientifically known as Acacia decurrens is a perennial tree or shrub in the subfamily Mimosoideae of the pea family Fabaceae / Leguminosae. The plant is native to eastern New South Wales, including Sydney, the Greater Blue Mountains Area, the Hunter Region, and south west to the Australian Capital Territory. In Victoria it is widely naturalized in the western and central parts of the state, and is particularly common north-east of Melbourne. Cultivated throughout Australia and in many other countries, Acacia decurrens has naturalized in most Australian states and in Africa, the Americas, Europe, New Zealand and the Pacific, the Indian Ocean area, and Japan. Few of the popular common names of the plant are acacia bark, black wattle, Brazilian teak, early black wattle, golden teak, golden wattle, queen wattle, Sydney wattle, tan wattle, wattle bark, early green wattle, Sydney green wattle, King wattle and bark wattle.

The plant is harvested from the wild for local use as a food, medicine and source of materials. It is sometimes grown as a shade tree; for use as a source of tannins, wood, fuel, charcoal and pulp; and is also used for wind protection and as an ornamental, where it is valued especially for its floral display, in regions from the warm temperate to the tropical zone. The plant has become a serious weed problem in its native Australia, as well as elsewhere, including Hawaii, Colombia, New Zealand, Indonesia and South Africa.

The bark of older stems is fissured and brown, dark grey or black in color. Younger stems have smooth bark and the branches have conspicuous wings or ridges (0.5-2 mm high) that emanate from the leaf bases (i.e. they are decurrent). These branches are hairless (i.e. glabrous), or sparsely covered in very small hairs (i.e. puberulent), and the young foliage-tips are yellowish-green or yellow in color.

Leaves are twice-compound (i.e. bipinnate) and dark green on both sides. These leaves are 5-15 cm long and are alternately arranged along the stems and are stalked (i.e. petiolate). The leaf stalk is 7-35 mm long and is ridged, generally hairless (i.e. glabrous), and usually bears a prominent raised structure (i.e. gland). This gland is almost round in shape, usually found towards the base of the leaf stalk, and is always more than 7 mm below the lowest pair of leaf branchlets (i.e. pinnae). The extension of the leaf stalk (i.e. rachis) bears several to numerous (3-15) pairs of leaf branchlets (i.e. pinnae). It is 2-12 cm long, generally hairless (i.e. glabrous), and bears a small raised structure (i.e. gland) at the junction of the each of the pairs of leaf branchlets (i.e. pinnae). The leaf branchlets are 25-90 mm long and have numerous (15-45) pairs of widely-spaced leaflets (i.e. pinnules). These leaflets  are 5-15 mm long and only 0.3-1 mm wide and are linear in shape, mostly hairless (i.e. glabrous), and have rounded or somewhat pointed tips (i.e. obtuse to sub-acute apices).

The small yellow or golden-yellow flowers are very fluffy in appearance and are densely arranged into small globular clusters (4-7 mm across). These flowers have five relatively inconspicuous petals and sepals and numerous conspicuous stamens. The globular flower clusters each contain numerous (20-32) flowers and are borne on short stalks (i.e. peduncles) 2-7 mm long. They are arranged along a small branch emanating from the forks (i.e. axils) of the leaves, or occasionally borne at the tips of the stems. These branches may or may not be further branched (i.e. they form inflorescences resembling racemes or panicles). Flowering generally occurs during late winter and early spring (i.e. from July to September). 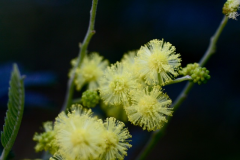 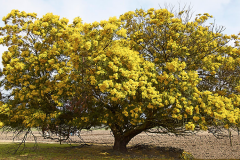 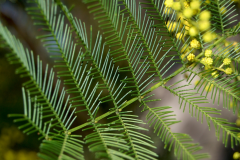 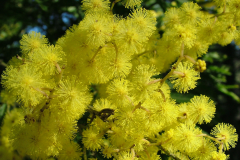 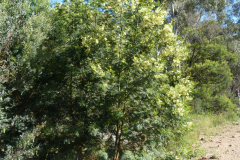 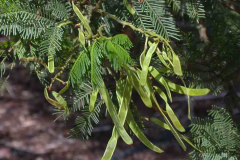 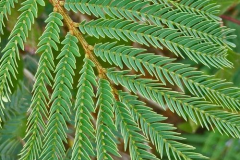 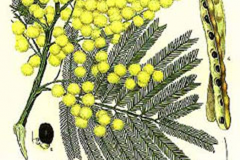 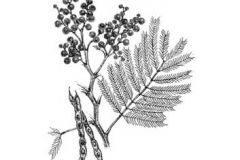 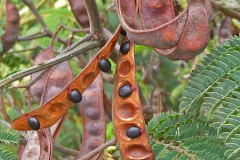 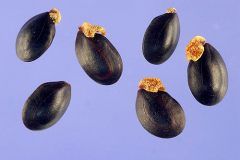 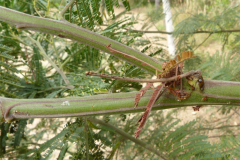 Fertile flowers are followed by an elongated and somewhat flattened pod that is 20-105 mm long and 4-8.5 mm wide. These pods are usually slightly constricted between some or all of the seeds and turn brown or dark brown in color as they mature. They are initially hairy but they become hairless (i.e. glabrous), smooth in texture as they grow, and are normally present during late spring and summer (i.e. from November to January). Each pod contains several seeds that are about 3-4 mm long which have a small fleshy structure (i.e. aril) attached to them.

Green Wattle is used in chemical products, environmental management, and wood. The flowers are edible and are used in fritters. An edible gum oozing from the tree’s trunk can be used as a lesser-quality substitute for gum Arabic, for example in the production of fruit jelly. The bark consists of about 37–40% tannin. The flowers are used to produce yellow dye, and the seed pods are used to produce green dye. An organic chemical compound called kaempferol gives the flowers of Acacia decurrens their color. It has been grown for firewood, or as a fast-growing windbreak or shelter tree.