Trending
You are at:Home»Health & Beauty»Health Benefits of Using Coconut Oil for Your Mouth 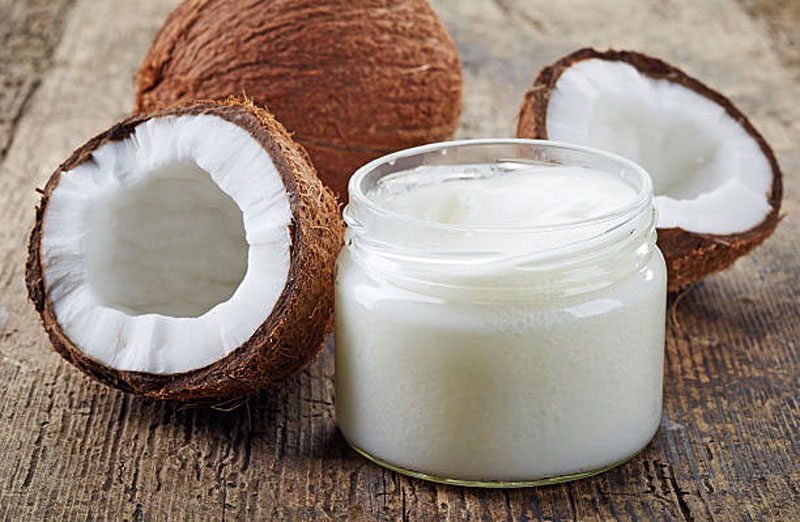 Coconut oil has a reputation for being a useful solution for a variety of issues, from wound care to mouth health. While coconut oil isn’t a panacea, it’s definitely useful for maintaining optimal mouth hygiene in the following ways:

Coconut oil consists of mostly medium-chain triglycerides (MCTs), which have plenty of health benefits. One of the most useful MCTs in coconut oil is lauric acid. Lauric acid can kill harmful bacteria, fungi, and viruses in the human body.

The presence of harmful bacteria in the mouth can cause tooth decay and gum disease. These bacteria are easily absorbed into the blood stream and can cause inflammation in other areas of the body. Scientific studies have shown that lauric acid – found in coconut oil – is exceptionally effective at killing these pathogens.

Eating coconut oil has plenty of benefits, but oil pulling with coconut oil is directly beneficial to your mouth health. Oil pulling is a simple process of swishing the oil around in your mouth vigorously for about ten or twenty minutes, depending on preference.

While the oil is being swished around, the lauric acid comes in contact with bacteria and kills it while you swish. This can reduce inflammation, irritation, and prevent bacterial infections. Like mouthwash, oil pulling dislodges food particles from between the teeth and makes flossing a little easier.

While it’s safe to spit mouthwash down the bathroom sink, coconut oil should be spit out into the trash can, otherwise it might solidify in the drain. Never swallow the coconut oil after swishing it around in your mouth – it’s full of bacteria.

While most people don’t have a problem using mouthwash, some do. For some people, even alcohol-free mouthwash is too strong. For those who can’t handle the taste or strength of mouthwash, coconut oil makes a great alternative.

Although coconut oil doesn’t sting like mouthwash, it might take a while to get used to the texture. Coconut oil does have an oily texture, but it won’t leave your mouth feeling oily like olive oil would. If the texture of the residue bothers you, brush your teeth afterward.

Mouthwash and coconut oil are great defenses against gum disease, but they don’t replace regular teeth cleaning. If you’re looking for a dentist, get online and search for a local reputable dentist. For example, if you’re in New Mexico and need a dentist in Albuquerque, HealthGrades.com will provide a list of local dentists complete with patient reviews.

The lauric acid in coconut oil kills Streptococcus mutans and Lactobacillus, two groups of bacteria that cause tooth decay.

Mouthwash contains an ingredient called chlorhexidine, which is used to kill bacteria. However, several studies suggest coconut oil is equally effective at killing bacteria. Keeping these groups of bacteria under control is essential for preventing tooth decay.

When people make homemade toothpaste, coconut oil is usually a main ingredient. Coconut oil makes an excellent carrier oil for many purposes and toothpaste is no exception.

A basic recipe for toothpaste consists of:

Heat all the ingredients in a pan on low heat and stir until you get a paste. Be careful not to use too much essential oil since it’s not meant to be ingested. Like store-bought toothpaste, make sure you don’t swallow it and rinse your mouth thoroughly afterward.

Many people report a reduction or elimination in inflammation and irritation after swishing with coconut oil for several days to a few weeks. This result is supported by scientific research. If you’re willing to try it, you could see the same results.

Coconut oil doesn’t replace the need to see a dentist, but it does add a significant amount of power to your dental hygiene routine. If you’re serious about maintaining your mouth health, your best course of action is to get your teeth cleaned regularly, floss daily, brush at least twice per day, and use coconut oil to kill the bacteria left behind.