Trending
You are at:Home»Health & Beauty»How do you know if you have Uterine Fibroids 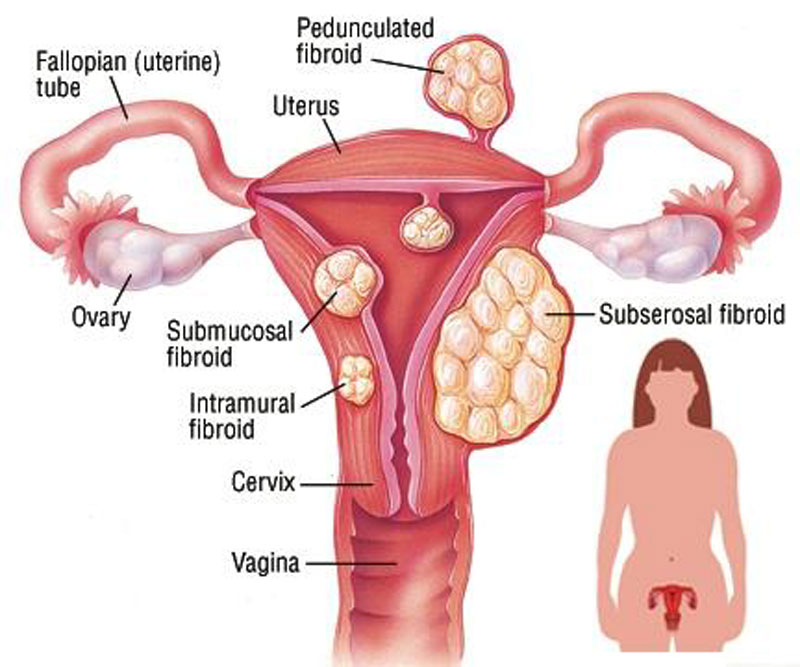 Uterine fibroids are common among women. According to the US Department of Health and Human Services, NIH, about 70 to 80% of women develop fibroids by their 50th birthday. In fact, fibroids are prevalent in women in their 30s, 40s and early 50s. So, it only makes sense that you are concerned about whether or not you have fibroids.

Since not all women with fibroids display signs and symptoms, we recommend talking to your gynecologist about your concerns. Usually, the doctor will feel any abnormal changes in the shape of your uterus that could suggest you have fibroids. In that case, he or she will have you go through a series of tests to find out.

In case the results turn out positive, your doctor may recommend one of the following treatment options:

With that in mind, here are some signs that you have uterine fibroids

Abnormal bleeding is perhaps one of the first signs that you are growing uterine fibroids. Fibroids can result in heavy or prolonged bleeding. Usually, the abnormality arises due to progesterone and estrogen hormones, which play a critical role in the menstrual cycle. Medication for fibroids target estrogen, to treat symptoms like abnormal menstrual bleeding, and include Tranexamic acid (Lysteda, Cyklokapron), Progestin-releasing intrauterine device (IUD), Gonadotropin-releasing hormone (GnRH) agonists, NSAIDs, and contraceptives.

2. Abdominal, pelvic and back pain

If you feel a dull or sharp pain in any or all of these areas, you likely have fibroids or other health problems. In cases of fibroids, the pain arises due to the size of the fibroid. When it is large, it places pressure against the pelvis, lower back or abdomen and can make it uncomfortable or hard to carry out your daily activities like exercising or bending down. The size and location of the uterine fibroids can also cause discomfort or pain during sex. This is due to the pressure on the uterus as well as the contact between the cervix and anything inserted.

A lot of things can cause frequent urination, including pregnancy, urinary tract infection, diabetes, diuretic use, stress, stroke, interstitial cystitis, and so on. Fibroids – especially those that lodge outside the uterus, can also give you a frequent urge to pee. When your fibroids are large and are positioned in a way that contracts or presses the bladders, then you’ll feel full too often. On top of that, you may also experience difficulty urinating. So, in as much as you feel the urge to urinate, the fibroids may pinch and contract the bladder in a way that makes it hard to urinate.

Fibroids come in different shapes and sizes – some are small as a bean, while others as big as a melon. If yours is big or is growing, you’re bound to feel bloated. Your stomach size is also likely to increase and may appear as though you are pregnant. If there’s unexplainable pressure or roundness in your tummy, it could be a sign of fibroids.

Uterine fibroids are typically benign and don’t affect your health. Women with fibroids have also been able to conceive, carry a pregnancy to term, and give birth successfully. However, in some cases, the condition can affect your fertility – you may find it hard to conceive. If you conceive, you may experience difficulty – like placental abruption, miscarriage, and premature labor, during the pregnancy. As mentioned earlier, women with fibroids can still have a successful pregnancy. So, if you have a hard time to get pregnant, you should speak to your doctor immediately. He or she will check to see whether the fibroids are affecting your fertility and recommend the right remedy.

Difference Between Uterine Fibroids and Endometriosis

Women who are suffering from pelvic pain may have either uterine fibroids or endometriosis. Your doctor might perform an imaging test, like an ultrasound or MRI or a pelvic exam. It’s good to have knowledge of the difference between uterine fibroids and endometriosis. In this way, you’ll get a better grasp of these two conditions and better to explain the symptoms to your doctor for an appropriate treatment plan to alleviate any symptoms.

Both of them affect the uterus. Uterine fibroids are benign (noncancerous), muscular tumors that grow from the walls of the uterus and are classified according to their location. Fibroids tend to grow in clusters, large enough, and may cause abdominal swelling. On the other hand, endometriosis involves the growth of the inner uterine lining or the endometrium. It is a painful condition affecting the ovaries, pelvic tissue, and fallopian tubes. In this article, you’ll find the difference between endometriosis, and it’s another close resemblance when it comes to signs and symptoms, adenomyosis.

Some women may not experience any signs and symptoms of endometriosis and fibroids. Some experience debilitating and uncomfortable symptoms that can significantly disrupt their daily lives.

Here are the signs and symptoms of these two gynecological conditions:

Note: Both gynecological conditions may lead to an increased risk of infertility and difficult pregnancy.

You are at risk

Risk and factors of uterine fibroids include puberty, age, family genetics, obesity, and race & ethnicity. You have higher chances of developing fibroids if you are aged 30-40 (and throughout menopause); you are from a family with a history of fibroids, are African American, and obese. So, if you experience any of the above symptoms and are at risk, then you should talk to your OB/GYN.