Trending
You are at:Home»Herbs and Spices»Health benefits of French Sorrel 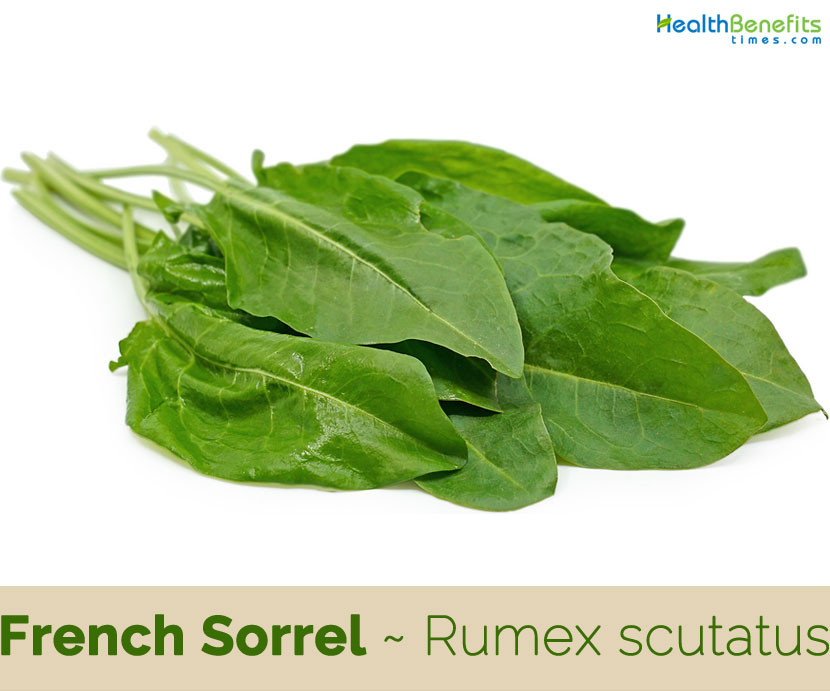 Scientifically known as Rumex scutatus, French sorrel is leafy vegetable that is also used as an herb. The herb belonging the family of polygonaceae and Genus of rumex and is also planted as a pot herb. The plant is often confused with Garden sorrel, but is in fact a separate species. Both produce green spinach-like leaves that can be prepared in similar manners, but French sorrel is a smaller plant with a milder flavor and more succulent texture. The plant is native to Europe and has become widespread in North America and southwest Asia. Its popular common names include Buckler’s sorrel, French sorrel, Buckler-leaved sorrel, buckler sorrel, shield-leaf sorrel, Shield dock, Round-leaved Sorrel and Sour Grass.

This leafy vegetable derived its name from a French name ‘surele’ which also means sour in English. Sorrel is not a major part of the American cooking but it plays a major role in French cuisine; Egyptians, Greek and Romans also use this herb abundantly in their cooking. The French sorrel is an herb cultivated commonly in northern America but failed to gain importance.  French sorrel has been a popular culinary herb since 14th century.  This herb has been a part of French kitchen since ages and is known to be grown extensively in Europe as well as Asia.  As a culinary herb, it is used mainly in salads. The flavor of French sorrel is slightly bitter or tangy, spiced with a hint of lemon; the sharp flavor is due to oxalic acid.

French sorrel is a low-growing, creeping perennial herb that grows up to 45 to 60 cm tall and spread up to 60 cm wide. It grows the male and the female parts separately which means it is dioecious in nature. It is hardy in most regions, tolerating frost, full sun and short dry spells. The plant is found as a naturalized garden escape on roadsides, railway banks, old walls, waste ground, lawns, gardens as well as meadows and grassy slopes. It grows best in the profound, rich, damp, but properly drained soil. The stems of French sorrel are prostate or climbing forming dense clusters. In addition, they have a strong and branched rootstock. French sorrel taste a little less acidic when compared to the other sorrels that are cultivated such as garden sorrel, rumex scorrel, spinach dock etc.

In case you are growing French sorrels indoors, the plants require a minimum of five hours of direct and powerful sunlight every day. In order to accommodate the long roots of French sorrels, grow them in a pot in deep containers of commercial potting soil. Feed the plants with 50 per cent of the potency of liquid fertilizers once in every two weeks. Plants which have established well have the ability to tolerate drought. Sometimes, French sorrel plants are grown for their leaves, which are edible. There are a number of named assortments of the French sorrel which have been chosen for their ornamental worth. The sorrels are an excellent food for caterpillars of several butterfly species.

In the time of Henry VIII, sorrel was held in great repute in England. The introduction of French Sorrel, with its large succulent leaves, replaced its position as a salad and a potherb. John Evelyn thought that Sorrel imparted ‘so grateful a quickness to the salad that it should never be left out.’ He wrote in 1720: …”Together with salt, it gives both the name and the relish to sallets from the sapidity, which renders not plants and herbs only, but men themselves pleasant and agreeable.” Culpepper wrote: ‘Sorrel is prevalent in all hot diseases, to cool any inflammation and heat of blood in agues pestilential or choleric, or sickness or fainting, arising from heat, and to refresh the overspent spirits with the violence of furious or fiery fits of agues: to quench thirst, and procure an appetite in fainting or decaying stomachs: For it resists the putrefaction of the blood, kills worms, and is a cordial to the heart…” 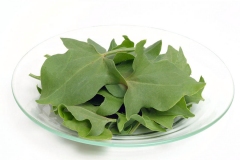 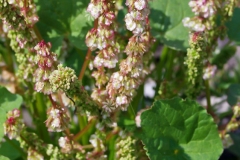 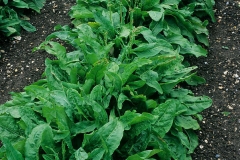 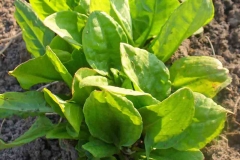 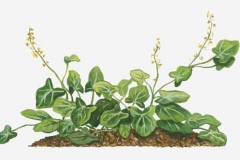 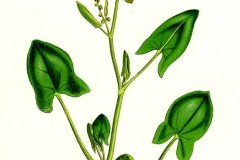 1. Helps in prevention against cancer

This herb has been found to be effective in treating digestive health and is known to help in the maintenance of gastrointestinal systems. It cures and decreases issues such as diarrhea and constipation to a far greater extent.

3. Improve the levels of eyesight

It is known to contain high amounts of Vitamin A which helps in improving the function of eyesight. It consists of beta carotene a popular anti-oxidant which helps in reducing any oxidative stress on the eye muscles.

5. Improve the health of kidney

This herb has been known to contain diuretic properties and thus when the leaves of this herb are dried and consumed they encourage urination which helps in removing any toxins out of the kidney.

This herb has been known to be improving the quality of skin and is known to be utilized for treating issues such as ringworm and dry skin. Topical application of this herb can treat rashes and irritation.