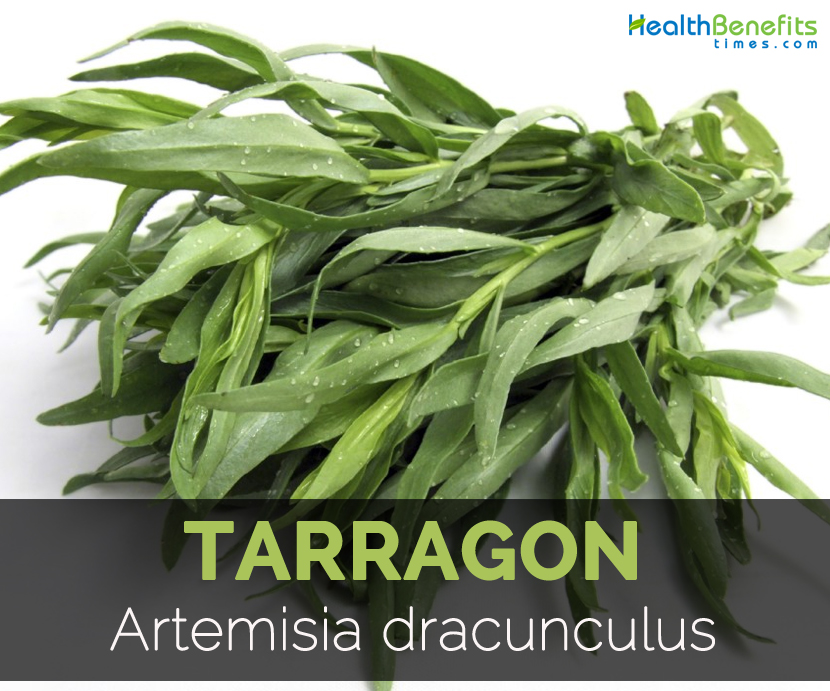 Artemisia dracunculus, commonly known as tarragon, is a perennial plant with glossy green leaves and yellow flowers widely found in Eurasia and North America. It is believed got originated in Central Asia region such as Siberia. It is a member of the sunflower family Asteraceae. There are two varieties of Tarragon: Russian tarragon and French tarragon. Other names of Tarragon include Estragon, Green sagewort, Alse tarragon, Silky wormwood, Tarragon, French tarragon, Wild tarragon, Russian tarragon, False tarragon and Green sagebrush. It is known as Estragon in French and German, Dragone in Italian, Esutoragon in Japanese and Long hao in Chinese. It is mostly cultivated for its aromatic leaves which are used to add flavors to various dishes mainly in Mediterranean cuisines. It has high antioxidants and phytonutrients that helps to maintain the health and also prevents various ailments.

It is widely found in Eurasia and North America. It is believed got originated in Central Asia region such as Siberia.

Though its origin is Siberia, it is available in the temperate parts of Europe, USA and Asia. The Tarragon plant is used as human diet thousand years ago. In the 15th century, Tarragon got introduced to France and became the popular spices. This herb is also regarded to be native to Southwestern Asia and Russia. In 13th century, Tarragon was mentioned by Arabic Botanist Ibn al-Baytar who travelled to Syria and North Africa. Frederick Traugott who is a German botanist discovered Russian Tarragon and classified as Artemisia dracunculoides Pursch.

Until 16th century, Tarragon was not popular. In the Middle Ages it was brought by Crusaders. It was used by Arabs to treat anemia and foul breathes. The name was derived from the Arabic word “tarkhun” which means little dragon. It was believed that Tarragon could treat snake bites.

Tarragon is a perennial plant which has linear to lanceolate leaves measuring 2-8 cm long and 2-10 mm broad. The plant grows up to 120-150 cm in height. The stems are slender, branched and reddish. It prefers rich, sandy, well drained and loam soils. It survives for more than two years.

Tarragon is the herb which helps to prevent from cancer as well as viruses. The intake of the tea made from Tarragon helps to alleviate intestinal worms. The regular consumption of tea prevents stomach cramps, menstrual cramps, nerves, digestive problems and enhances appetite. The toothache could be alleviated by chewing the leaves. The application of crushed leaves helps to cure the skin irritations and minor rashes on the skin.

The compounds which are present in numerous amounts vary in vitro activities. It is very difficult to find out the effect of the particular mixtures. The oil possess antagonistic and synergistic effects that provides antifungal properties in the complete essential oils rather than the components of single oil. The studies shows that various procedures are used to prepare the volatile fractions that results in dissimilar compositions. It may contribute to antimycotic result of Artemisia. (1)

Tarragon possesses compounds named coumarin which is the vital plant species from the view of pharmacologists. In vitro, the anticoagulant activities was approved and also used in the folk medicine still in needs further research. (2)

The research conducted on rats showed that the extract of the leaves of Tarragon has got anti-inflammatory and antinociceptive effects. (3)

Tarragon helps to restore the sensitivity of insulin in the Type 2 diabetic patients. The study shows that the bioactive compound in the muscle cells helps to regulate the enzymes which are responsible for the synthesis of glucosylceramide which is essential to develop the resistance of insulin. The reduction of glycosphingolipids helps to lower ceramide. (5)

The evidence shows that ethanolic extract of Tarragon alters the metabolism of carbohydrate. Its extract raises the uptake of glucose and promotes glycogen pathways. These effects are the result of signals of insulin receptors. The study shows that effect on the insulin activities but the investigation is still going on. (6)

Tarragon essential oil promote the blood circulation as well as lymph that assist in the distribution of oxygen, enzymes, nutrients and hormones in the body. Moreover, it prevents the gathering of toxins in the joints.

The essential oil has the ability to kills the body worms such as tapeworms, roundworms which are present in the intestines or body parts. It could be used externally but extra care is essential for oral use.

Tarragon has spicy smell that helps to prevent the body odor away. It hinders the microbes growth on skin that lowers the odor from the body.

Tarragon refers to the sunflower family Compositae. It could be divided into three types: 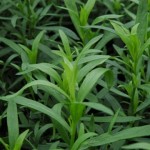 French tarragon is native to Western Asia and Russia, which is mostly featured in Western cuisines. It has pure flavor which is grown from cuttings. It grows upto 2 to l/2 feet. It has smooth, glossy and dark leaves. 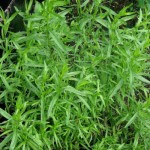 It is used to treat the bites of snakes. It is less tasty in comparison to true French tarragon. It grows to 5 feet high. It is used as a sleep aid, breath sweetener and vegetable seasoning. In 16th century, it is regarded as the condiment in the Western world. 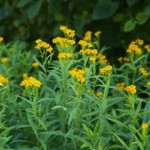 It is a perennial plant which has small and golden flowers. It has anise or licorice smell or taste. It grows to 3 feet high. It grows in the hot and dry places with full sun.