Trending
You are at:Home»Facts»How to Stay Motivated for Your Weight Loss Goals 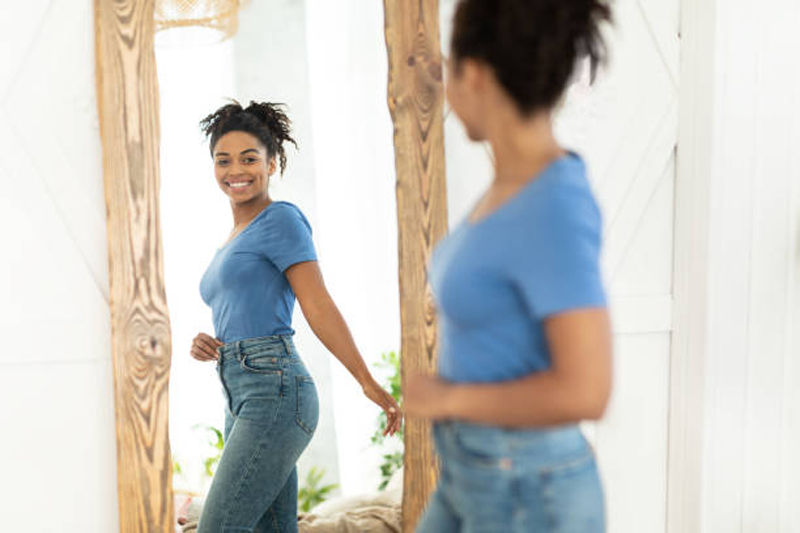 Starting your weight loss journey can bring a range of emotions, from excited to nervous. You probably already know that it’s going to be a bit of a challenge, whether you’re hoping to lose a few pounds or a few stone. Achieving your weight loss goals is best done through a sustainable and safe routine, with a balanced diet and regular exercise, and it won’t happen overnight.

Staying motivated is often the biggest challenge of all, but Wellbeing365 are here to offer some helpful tips to keep you going.

Remember your reason for starting

When the going gets tough, it can be easy to give it all up and fall back into old habits. If you’ve had a bad day or even a bad week where you feel you haven’t worked as hard to reach to your goals, it can be helpful to remind yourself why you started this journey in the first place.

Consider your ‘why’ and think about what pushed you to make a change in your life. There can be many different reasons for losing weight, from being more active with your children, becoming fitter or just feeling more comfortable in your own skin. Don’t forget why you challenged yourself to lose weight and remember how good to feels to get one step closer.

Always have a goal

Of course, your ultimate goal is to lose weight, but why not set yourself smaller goals through the week to help you gain that sense of achievement? It might be something as small as making sure you drink enough water, or doing some form of exercise every day, if only for 20 minutes.

Make sure your mini goals are attainable and something that you can tick off, as this can help you feel accomplished and you’ll be more likely to stay on track.

Don’t compare yourself to others

Your weight loss journey is your own individual challenge. Consider the idea that you’re only competing against your former self, striving to be healthier and fitter than the person you were a year ago. Comparing yourself to others can only make you feel deflated, especially if you’re comparing yourself to someone who is much further ahead in their own journey.

Everyone is different, whether it’s body shape, diet or exercise routine. Comparing yourself to someone else isn’t a fair judgement on your own progress, and you shouldn’t let it affect your own goals.

It’s important to reward yourself as you reach your goals, to make it worth it! Otherwise you can run the risk of burning out and feeling unfulfilled. Have a rest day when you need it, and treat yourself when you have reached a milestone. Don’t restrict yourself too much or you will start to resent your weight loss journey, and it becomes a chore instead of a challenge.

Have that chocolate bar or glass of wine after a tough day, and then get back to your routine. Remember that one reward every now and again isn’t going to set you back.

Weight loss takes hard work and consistency, and it’s easy to give up if you don’t see results straight away. It’s so important to be patient and be realistic. Choose a routine that fits in with your lifestyle, and keep at it. By eating a balanced diet and exercising regularly, you can begin to create a consistent routine that just becomes part of your everyday life. Over time, this will start to pay off, so long as you are patient and remember that it won’t happen overnight.

Causes of overweight and obesity

The root causes the potential, if you will of overweight and obesity are programmed into human beings. The susceptibility is, literally, in our genes even if there are comparatively few, and rare, genes that directly cause obesity. From a human evolution standpoint, researchers understand the human capacity for easy weight gain as a positive trait, which was selected by nature because it led to superior survival and reproduction. Now we suffer from the excess of a good thing.

As long as early humans eked out their living by hunting and gathering, there was never enough food to make people fat—at least not very fat for very long, no more than one season of nature’s bounty, perhaps. Individuals who developed the capacity to store reserves of food energy in the form of fat had an obvious advantage in the cold and lean months. Stores of fat were particularly useful for women who were in their childbearing and nursing years. For perhaps 99 percent of the estimated 2 million years of the genus Homo’s existence, this capacity served our ancestors well. And it still does, wherever people live the lifestyle that our genes evolved to support. “There are no reported cases of obesity among current peoples following a hunting and gathering way of life,” say anthropologists Peter Brown and Vicki Bentley-Condit.

It is obvious from the gross numbers that the modern phenomenon of overweight and obesity, now engulfing slightly more than half of all Americans, is largely a function of our lifestyles including what we eat, when and how we eat it, the type of work we do, the way we spend our free time, and the cumulative impact of modern technologies and inventions. We are victims of our conveniences, the passive forms of entertainment we seek out in our leisure time, our high-fat diets in general, our affluent way of life. Compared to today, at the turn of the twentieth century, the average American consumed 10 percent more calories per day, but rates of obesity were only half as great. At the same time, of course, lacking automobiles, personal computers, televisions, and the like, our great- grandparents were much more physically active.

Researchers currently believe that no more than 1 to 2 percent of obesity cases are caused directly by genetic or medical diseases or disorders. The catalog of genetic disorders known as OMIM (Online

Mendelian Inheritance in Man) lists no fewer than 34 genetic syndromes in which obesity is a notable feature.10 Illustrating how rare most of these disorders are, one of the most common is Prader-Willi syndrome, found in every 25,000 births. In addition to obesity, other features of Prader-Willi syndrome include underdevelopment of the gonads, small hands and feet, and an average survival of no more than 30 years, due to diabetes or heart disease. Many of these genetically linked obesity syndromes involve mental retardation. The following are three of the genetically medically linked obesity syndromes that are clinically important in otherwise healthy adults, and potentially treatable.