Trending
You are at:Home»Herbs and Spices»Important Facts about Silk Oak 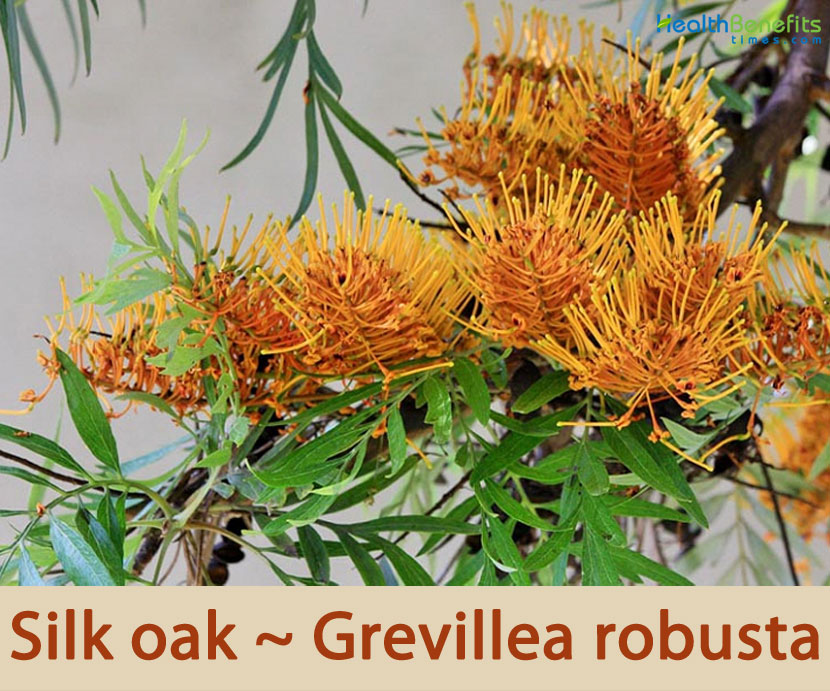 Silky Oak scientifically known as Grevillea robusta is an agroforestry, timber, flowering and honey tree in the Proteaceae (Protea family). The plant is native to coastal eastern Australia from the Clarence River, New South Wales, to Maryborough, Queensland, and is now naturalized in Hawaii and southern Florida. Its natural range limited to pockets of subtropical forest on the east coast of the continent. Australian silky-oak, he oak, she-oak, silk oak, silky oak, silver oak, southern silky-oak, Fernleaf, Golden pine, silk-oak grevillea, grevillea and river oak are some of the well-known common names of the plant. The genus name Grevillea is named after Charles Francis Greville (1749 – 1809) who helped to establish a society now called the Royal Horticultural Society. The species epithet robusta means large or strong in Latin and it refers to this species’ large growth form. The common name Silky Oak is a reference to the wood which is similar to oak, but has a silk-like texture after being split.

The tree is often cultivated in the tropics for timber and as a windbreak. It is an ornamental plant, valued particularly for its attractive fern-like foliage and brilliant orange floral display. It is often grown in gardens and as a street tree. The tree flowers freely in subtropical areas, but only poorly in the lowland tropics.

Silk oak is an erect, fast-growing, single-stemmed, and medium-sized to large evergreen tree that normally grows about 35 m (114 ft.) in its natural habitat, though elsewhere it is more typically 15 to 25 m (50 to 80 ft.) tall. Bole is straight, branchless for up to 15 m, up to 80 (max. 120) cm in diameter, usually without buttresses. Crown is conical and symmetrical with major branches spaced at intervals of about 1 m. Bark on the trunk is dark grey and furrowed into a lace-like pattern. Inner bark is reddish-brown. Young branchlets are angular and ridged, sub sericeous to tomentose but glabrous on older growth.

The plant is found growing in forest edges, coastal forests, disturbed sites, savannah and riparian areas, subtropical rainforest, dry rainforest and wet forests. It adapts to various environmental conditions and is found between 500 and 2000m altitude where annual rainfall ranges from 800 to 1500mm. The plant is tolerant of a wide range of soils if they are well drained. It will grow on neutral to strongly acid soils but does best on those that are slightly acid.

Leaves are alternate, fernlike, pinnately or almost bipinnately compound, 15-30 cm long and 9–15 cm wide, exstipulate with 11–31 primary lobes. Lobes are entire or divided, ultimate lobes 0.5–5 cm long and 0.2–1 cm wide. Upper surface is shiny dark green and hairless, while lower surface is silky with whitish or ash colored hairs with recurved margins. Petiole is 1.5–7 cm long. They remain on the tree where the dry season is short but fall where it is long or pronounced, leaving the branches mostly bare for a short period, just before flowering.

Flowers are showy, yellowish, numerous, paired, on long slender stalks 1-2 cm, composed of 4 narrow yellow or orange sepals 12 mm long. Flower clusters are 7.5-15 cm long, unbranched, arising mostly from the trunk, in a terminal or axillary simple or branched raceme, protandrous, petals 4, united into a tube that is mostly recurved under the broadened apex (limb); stamens 4, sessile in the concave limb; disk annular or semiannular, sometimes bilobed; ovary superior, 1-locular with 2 ovules, style curved and protruding from a slit in the perianth tube, the apex free from the limb, eventually straight, persistent. They bloom in perfusion from spring to early summer, with the most striking displays seen on near leafless trees. 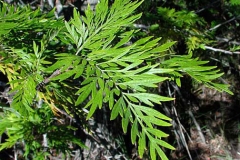 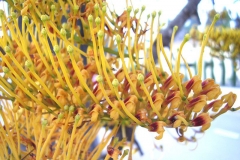 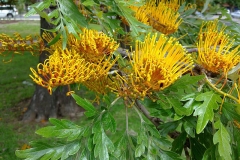 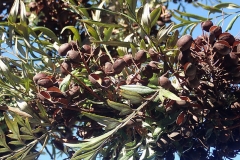 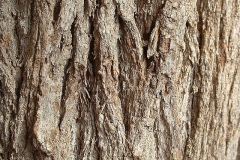 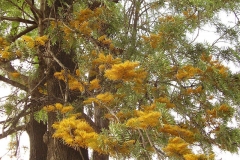 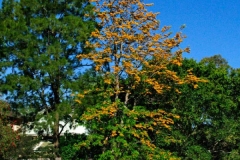 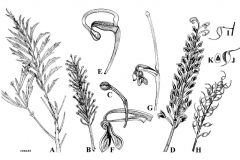 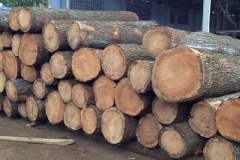 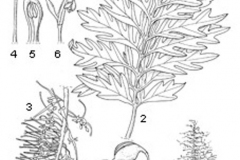 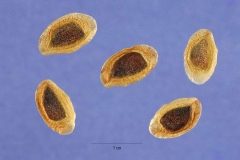 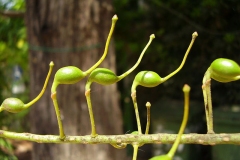 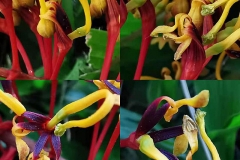 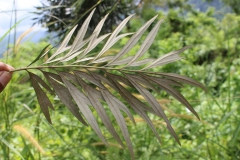 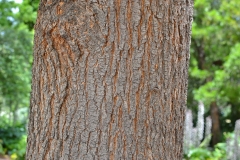