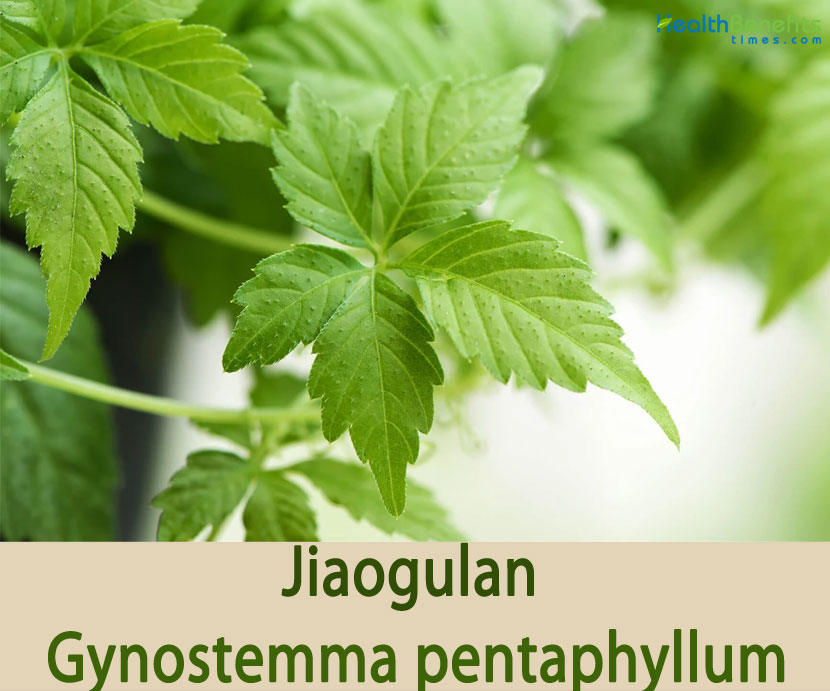 Jiaogulan is a hardy, twining, short-lived, deciduous, herbaceous climbing vine which attach itself to supports using tendrils that normally grows about 8 m tall and spread 4m after 10-20 years. The plant is found growing in forest, thickets or road sides on mountain slopes. The plant requires rich well-drained but moisture-retentive soil in a warm sheltered position in partial shade. Stem and branches are slender, angular-grooved, hairless or sparsely velvet-hairy.

The plant is dioecious, meaning each plant exists either as male or female. Male flowers are borne in panicle. Flower-cluster-stalk is thread-like about 10-15 cm long and many branched. Flower-stalks are thread-like and about 1-4 mm long. Bracteole is subulate.  Sepal-cup tube is very short. Segments are triangular, about 0.7 mm, tip pointed. Flowers are pale green or white; segments ovate-lance shaped, 2.5-3 x about 1 cm, 1-veined, tip long tapering. Female flowers are also borne in panicle shorter than that of male flowers. Sepal-cup and flower as in male flowers. Ovary is spherical, 2- or 3-loculed; styles 3; stigmas 2-lobed and staminodes 5, short. Flowering normally takes place in between March till November. 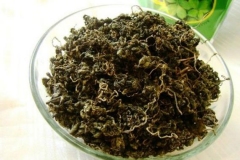 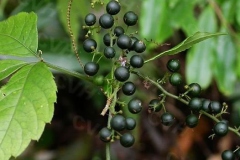 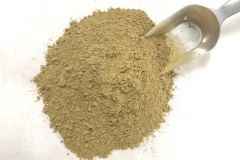 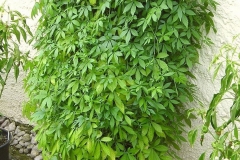 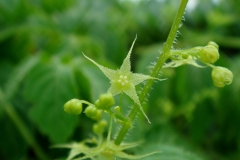 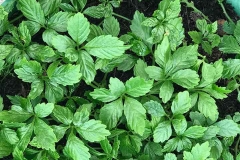 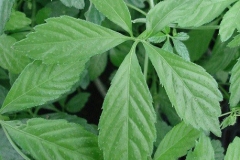 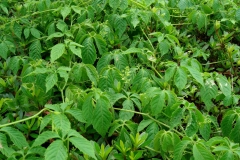 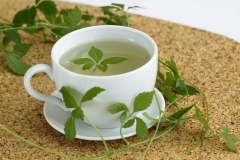 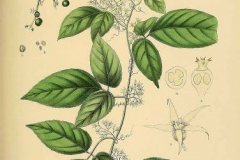 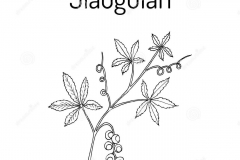 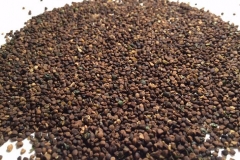 Various researches have been accompanied into the effects that Jiaogulan has on our health. These research shows that Jiaogulan has a huge positive effect on the heart and blood vessels. It aids in healthy insulin production and protects the pancreas. These facts have been established in animal studies and have subsequently been explored in humans only on a small scale. This shows that the use of Jiaogulan, over a period of at least 12 weeks, had a beneficial effect on insulin resistance and the general condition of the liver and pancreas. The Immortality Herb has numerous other benefits; some of them are listed below

Jiaogulan can do wonders for our gut. Experts say that Jiaogulan can protect the gastrointestinal tract from damage caused by toxins and prevent ulcers. Drinking Jiaogulan tea may also be a natural remedy for constipation and it will help balance the bacteria in your gut, leading to better health altogether.

Strong immune system is crucial for our overall health and wellbeing. If you are prone to catch colds or feel that your immune system has been compromised, then Jiaogulan is for you. Jiaogulan help to strengthen the immune system and helps to prepare for changing seasons or upcoming winter.

The Thai and the Chinese had it in their tradition to drink Jiaogulan tea for energy boost before heading out to fields for a day of hard work. Now whether you have a laborious day ahead or just feeling a little bit run down, Jiaogulan can help you. Jiaogulan tea can provide you with that much needed energy boost to help you get through the day.

Jiaogulan is a natural cure for several respiratory conditions including asthma, cough and bronchitis. Over 90% of the subjects in a clinical study for chronic bronchitis showed significant signs of improvement after taking Jiaogulan extracts. Traditional Chinese medicine used Gynostemma Pentaphyllum as an expectorant, because it helped clear mucus build-up in one’s airways, making your breath easier.

The herb encourages the pancreas, producing more insulin and improving sugar metabolism. This herb, by itself, does not cause hypoglycemia; it only reduces the blood sugar levels if they are high. The damage that usually occurs to the liver, kidneys, and the cardiovascular system from diabetes has been shown to be significantly reduced by consuming the herb.

The Chinese drank Jiaogulan tea not only in the morning to boost their energy levels, but also in the evening, after a long day at work. This helped them relax and settle down their excited senses to a good night’s sleep.  If you have trouble falling asleep, Jiaogulan tea can be a wonderful cure. Just brew a cup of Jiaogulan tea 30 minutes before your bedtime and you will feel the magic for yourself.

Like many herbal teas, a nice cup of warm Jiaogulan can help restore balance to your mind and take away the anxiety and stresses from the day. Nobody is claiming that it will help deal with serious cases of stress and anxiety but if you are feeling a little stressed, it might just bring a smile to your face.

Jiaogulan has been recognized as a potent anti-obesity agent with no adverse effects. In a study involving 80 obese participants, half of them took the herb, while the other half was on placebo. The results showed an insignificant reduction in total abdominal fat area, body weight, body fat mass, and BMI in those who took the herb.

Jiaogulan is an excellent source of natural antioxidants which help prevent skin damage caused by free radical damage.  Drinking Jiaogulan regularly may help reduce some of the signs of cellular damage as well as slowing down those unwanted signs that we are getting older.

When applied topically, Jiaogulan can actually help protect the skin from UV damage caused by over exposure to the sun’s rays. Chinese research states that even drinking Jiaogulan or taking it in capsule form can also help prevent UV damage.

Research has revealed that those who consumed Jiaogulan regularly were living longer and significantly healthier lives. Researchers believe that the main reason for this general benefit is that it consists of two very important antioxidants – glutathione and superoxide dismutase. Research has proven that Jiaogulan when taken each day for a two month period helps to reduce several signs of aging including fatigue, insomnia, memory loss, diarrhea and poor balance.

Chinese researchers did a meta-analysis of research to try and determine possible anti-cancer benefits of Jiaogulan and its components.  Researchers discovered several gypenosides that had research showing anti-cancer effects ranging from preventing the spread to killing cancer cells directly.  Research concluded noting many potential curative effects could be found from the “GpM formula” (Gynostemma pentaphyllum).

Traditional uses and benefits of Jiaogulan