Trending
You are at:Home»Herbs and Spices»Health benefits of Kangaroo Apple 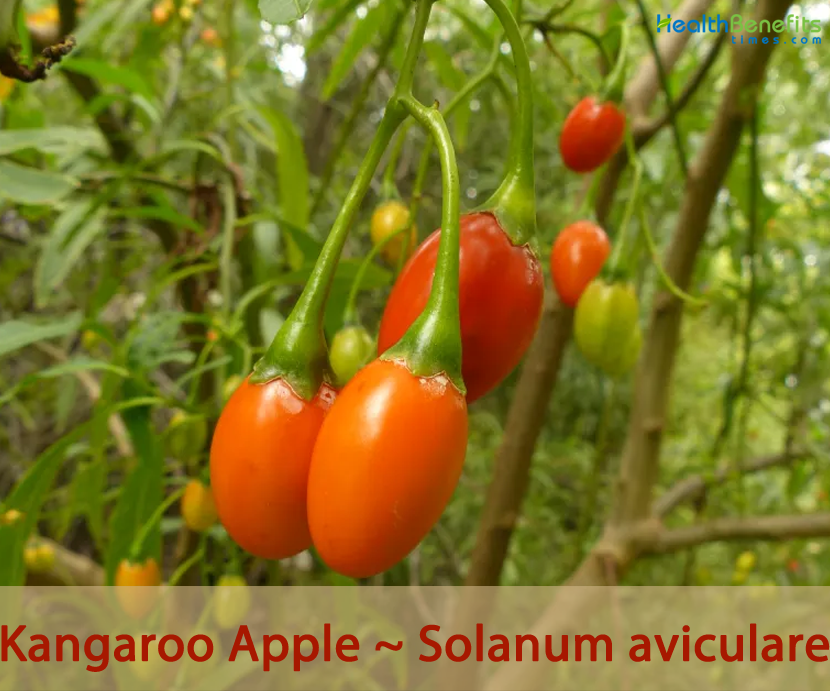 Also known as the Poroporo, the plant was given the common name Kangaroo Apple due to the shape of its leaves looking like the footprint of a kangaroo. The Māori names pōroporo and pōporo come from a generic Proto-Polynesian term for any Solanum species and similar berry-bearing plants. The edible fruit is gathered from the wild for local use and is also used in cosmetic preparations. A very ornamental plant, it has been cultivated for its edible fruit by the New Zealand Maoris.

Kangaroo Apple is an upright to spreading, fast-growing short-lived, soft-wooded evergreen shrub or small tree that normally grows about 1 – 4 meters tall. It is a short-lived tree, with soft-wooded trunk and branches persisting for several years, becoming woody at the base and straggly with age. The stems of Solanum aviculare are green or purple, 1-3 cm long, and hairless. The plant is found growing in coastal and lowland forest margins, shrub land, disturbed areas in upland and mountain rain forest, wet forests and rainforest margins. It can be grown in chalky, sandy, loamy or clay laden soils provided they are well draining. Plant seeds in full sun to part shade. It thrives in moist, not wet, soil but will tolerate some drying out. If container grown, the plant can be brought inside if cold snaps are forecast. In terms of pH, the soil can be acid, alkaline or neutral.

Leaves are lobed or entire, apex acute to acuminate, base attenuate, concolorous and glabrous. Lobed leaves are broad-elliptic to obovate, lamina 15–30 cm long; lobes 1–10 cm long and 0.5–2 cm wide; petiole up to 4 cm long. Entire leaves are lanceolate-elliptic; the lamina is 8–25 cm long and 1–3.5 cm wide and petiole up to 1–2 cm long. The leaves of the Kangaroo Apple are deep green above and lighter green beneath.

Inflorescences are simple or forked at base, up to 10-flowered; primary peduncle is 0–3.5 cm long. The hermaphroditic flowers, which appear in spring and summer, range in color from white, through mauve to bluish-violet. They have a deeper coloured star-shaped marking at the base and bright yellow anthers. Flowers on pedicels are 1.5–2 cm long; calyx is 5–6 mm long, lobes triangular, 1.5–3 mm long; corolla is rotate-stellate, 25–40 mm diam., blue-violet, lobes acute; anthers 3.5–4.5 mm long. Flowering normally takes place in between July to October.

Fertile flowers are followed by ovoid to ellipsoid berry, about 10–15 mm in diameter. Fruits are initially bright green turning to a yellow-orange or from a pale orange to red as they mature. When ripe, the berries soften and may split exposing 200 to 600 tiny flat seeds. The pulp is juicy and sweet with a hint of melon flavor. Seeds are 1–1.5 mm long, light brown or reddish-brown; stone-cell granules usually 1–1.5 mm long. All of the green parts of the plant and unripe fruit are poisonous. Unripened Kangaroo Apples are bitter and toxic. Eaten by birds, the seeds are spread and germinate in new areas.

The Kangaroo Apple is native to southeastern Australia and New Zealand. The two different species that go by the common name Kangaroo Apple share a similar native range, and both have been cultivated for the alkaloid industry. Solanum laciniatum was first written about by Kew botanist and gardener to the King of England, William Aiton in 1789. It is more often found in drier areas. Solanum aviculare was identified in 1786 by Georg Forster. The German explorer and scientist had found the plant during a stop in southeastern Australia while accompanying the famed Captain Cook on his section expedition around the world. The latter species prefers damper environments. It wasn’t until the 1950s that the two plants were determined to be two distinct species, and that one could very well be a hybrid of the other. Kangaroo Apple plants grow wild throughout southeastern Australia, New Zealand, Tasmania, and parts of New Guinea. The plant can be found in limited areas of China and Russia. The seeds are spread by birds, and in some areas the plant is considered an invasive species. The Kangaroo Apple generally grown by home gardeners or specialty plant enthusiasts and is not common outside of its native range. 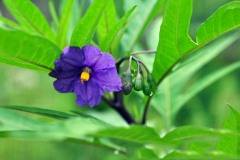 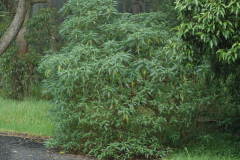 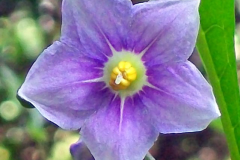 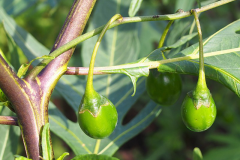 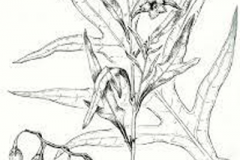 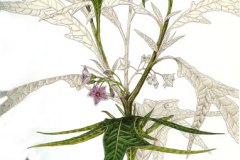 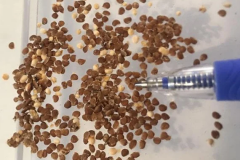 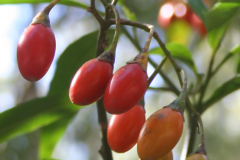 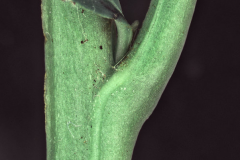 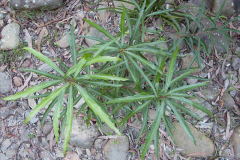 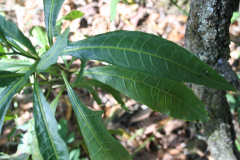 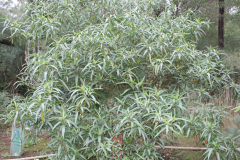 Kangaroo Apple is full of several health promoting nutrients. Let’s take a look at some of the benefits of Kangaroo Apple extract

The Kangaroo Apple plant consists of high levels of amino acids. Amino acids are small but powerful skincare heroes, creating and maintaining smooth, healthy, younger-looking skin. They are part of our body natural moisturizing factors (NMFs) which are a mix of several compounds, including amino acids that are naturally present in our skin keeping it hydrated.

Amino acids also play a crucial role in creating collagen, fibrinogen, and elastin. These are the connective and structural proteins that keep your skin strong and smooth looking.

Breakouts, redness and flaky, dry patches are the signs that something isn’t right. Overexposure to UV rays, chemicals in skincare products or environmental allergens can cause your skin to become inflamed and uncomfortable. Kangaroo Apple extract consists of anti-inflammatory properties to soothe irritated, stressed out skin. It also consists of powerful wound healing properties, speeding up the return of scarring to healthy skin.

Age spots are small to medium-sized areas of hyperpigmentation. These darker patches are a natural part of the ageing process but there are a few lifestyle and environment factors that increase the likelihood of having age spots appear. These include a poor diet, too much UV exposure, smoking, and the level of pollution in our environment.

Usually, you’ll find these spots on exposed areas of skin like your face, back, shoulders, hands, and neck. The good news is age spots can be prevented and reversed with Kangaroo Apple extract. The fruit’s skin brightening properties get to work lightening dark spots and brightening a dull complexion. Given all its natural power to help turn back the skin clock, we use Kangaroo Apple extract in our Anti-Ageing Facial Cream Cleanser. A gentle, purifying cleansing and toning lotion with a lovely creamy texture, the cleanser removes makeup, dead skin and surface impurities while softening and firming the skin.