Trending
You are at:Home»Herbs and Spices»Uses and Benefits of Larch – Larix decidua 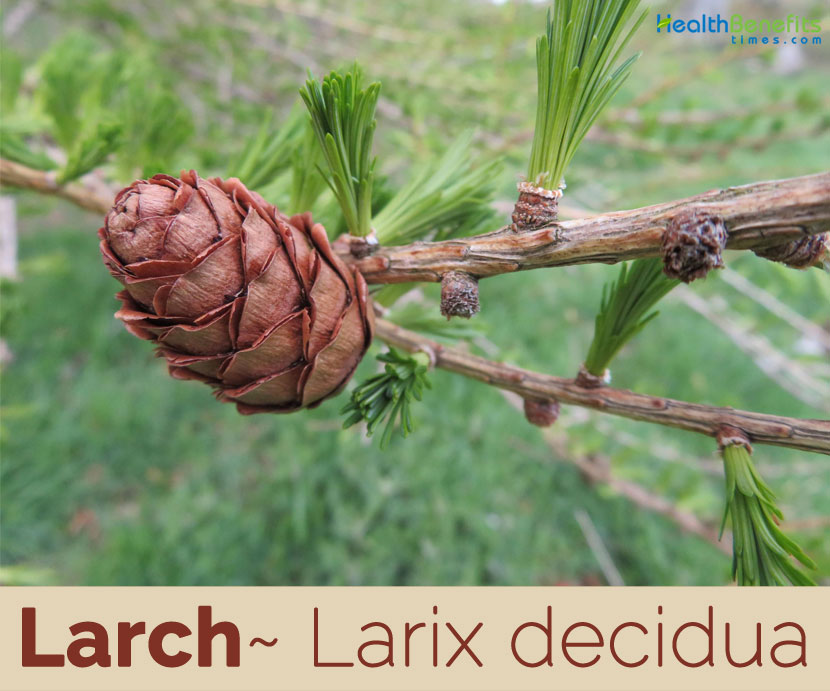 Larch or European larch scientifically known as Larix decidua is one of the few deciduous conifers belonging to Pinaceae (Pine family). The plant is native to mountains of southern, central and Eastern Europe, in the Alps and Carpathian Mountains as well as the Pyrenees, with disjunct lowland populations in northern Poland and southern Lithuania, from southeastern France and south-western Italy to central Romania. It is a large, long-lived and fast-growing tree, occurring mostly in mountainous regions in Central and Eastern Europe. Some of the popular common names of the plants are Common larch, European Larch, creosote bush, Larch and white larch. The genus name, Larix, comes from the Celtic word Lar, meaning fat, in reference to the tree’s oily wood. The species name decidua, means deciduous, from the Latin decidere, meaning to fall, a reference to the leaves.

The wood and resin is appreciated for numerous diversified purposes. Due to its strong and durable timber, it is particularly suited for weatherproof constructions such as houses, fences, roofs and bridges, as well as furniture. Furthermore, tannin can be extracted from the bark and resin from the wood. Its life span has been confirmed to be close to 1000 years (with claims of up to 2000 years) but is more often around 200 years. It is claimed that one of the larches planted by the second Duke of Atholl at Dunkeld in 1738 is still standing.

Larch is a pioneer, very long-lived, fast-growing, medium-size to large deciduous coniferous tree that normally grows about 25–45 m tall, with a trunk up to 1 m diameter (exceptionally, to 53.8 m tall and 3.5 m diameter). The plant is found growing in man-made or disturbed habitats, forests, shrub lands, thickets, and woodland borders, and moist meadows, edges of yards, roadsides and abandoned homesteads. It grows best on uniformly moist, deep, fertile, well-structured and aerated soils.  It does not do well on pure sand.  Preferred soil textures include loamy sands, loams, and silty loams. It can also grow on shallow stony soils, including calcareous soils, with a medium ground water level.

It is a light-demanding species; larch loses in competition with other trees. Additionally, it can tolerate very cold temperatures during winter. The crown of young trees is symmetrical, open, and narrowly conic becoming broad with age; the main branches are level to upswept, with the side branches often pendulous.  The shoots are dimorphic, with growth divided into long shoots (typically 10–50 cm long) and bearing several buds, and short shoots only 1–2 mm long with only a single bud.  Old trees often have large, buttressed low branches that run level for 8 to 10 feet (2.4-3 m) before turning upward. European larch is considered as deep-rooted. First year twigs are straw-colored to tan, turning grayish brown, bark becoming rough with brownish gray flaky scales. The crown is irregularly pyramidal, the branches on older trees often drooping. The trunk can reach 3 feet or more diameters at breast height (dbh).

First-year twigs (typically 4-20″ long) are pale yellow with alternate leaves, while second-year twigs are gray to grayish brown with clusters of 30-60 leaves. Both types of leaves are about 0.8 to 1.6 inches (2 – 4 cm) long, needle-like in shape, and deciduous. During the spring, the leaves are light green, but they later become darker during the summer. During the fall, they turn yellow before falling to the ground. On second-year twigs, the leaf clusters are produced on short spur-twigs less than 1/8 (3 mm.) long. In each cluster, the leaves are joined together at the base, from which they spread outward in all directions.

Afterwards, the pollen cones wither away, while the seed cones continue to develop until they become mature during the fall. Mature seed cones are 0.8 to 2.4 inches (2 – 6 cm) long and ovoid-oblong in shape with 10 to 90 erect or slightly incurved (not reflexed) seed scales. They are initially green from overlapping pubescent scales, but they later become dark brown and hairless. The seed cones are held more or less erect and can persist on a tree for more than one year, even after the seeds have been dispersed. The seeds are 4-5mm long, greyish in color. Behind each scale of the seed cone, there is a broad membranous bract. The old cones commonly remain on the tree for many years, turning dull grey-black. This bract is shorter than the scale. In addition to the bract, there is a pair of seeds at the base of each scale. These seeds have elongated wings and they are dispersed by the wind. 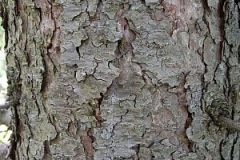 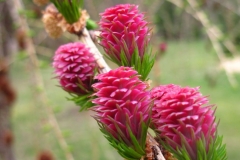 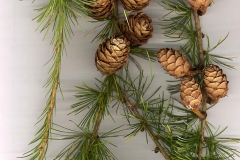 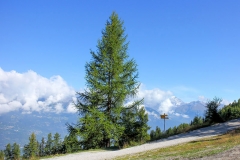 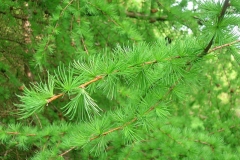 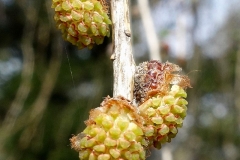 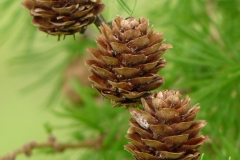 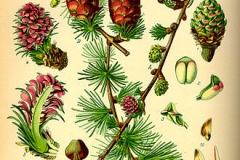 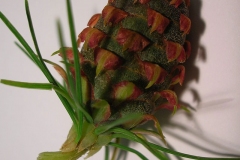 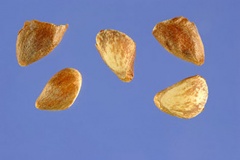 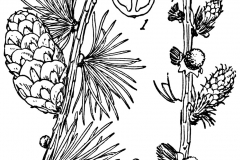 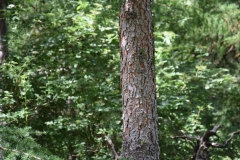 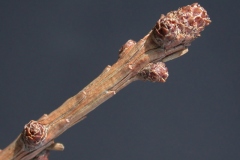 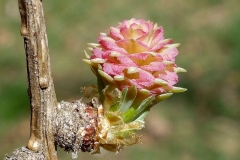 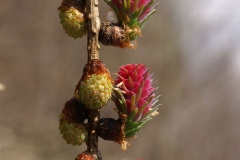 Traditional uses and benefits of Larch