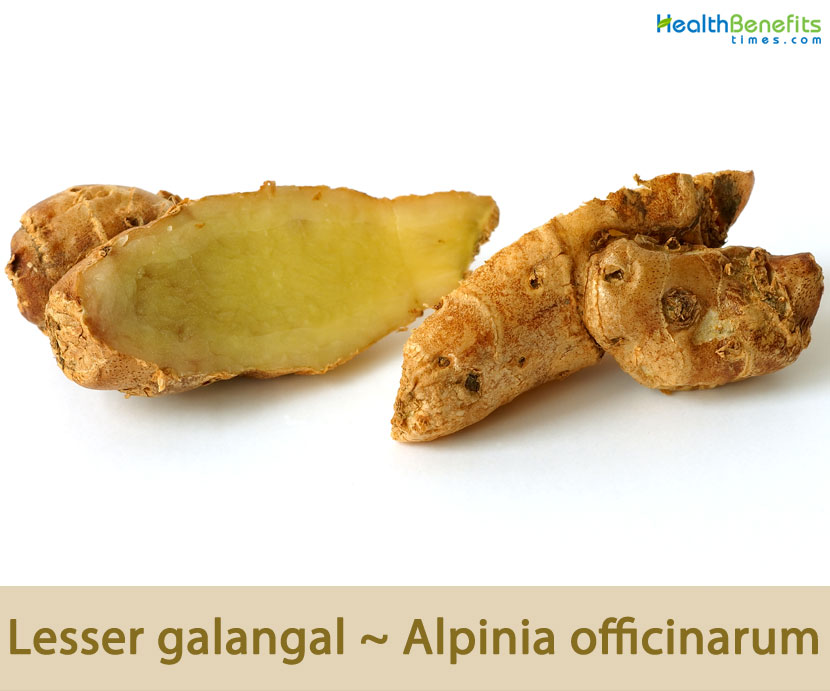 Alpinia officinarum, commonly known as lesser galangal in English and Petit galanga or Galanga officinal in French is an herbaceous, perennial plant belonging to the Zingiberaceae botanical family. The plant is native to China, growing mainly on the southeastern coast, including Hainan, Guangdong and Guangxi, and is also grown in Japan, Thailand, and Vietnam. It is also cultivated in the plains of West Bengal, Assam and Eastern Himalayas in Indi. Hong Kong is the commercial center for the sale and distribution of the lesser galangal. Its rhizomes have been used as spices in Europe for over 1000 years. Some of the popular common names of the plant include Chinese Ginger, China Root, Colic Root, East India Catarrh Root, and Galangal, India Root, lesser Galanga, lesser Galangal, Blue ginger, Chewing John, Galangal root, Greater galangal, Kulanjan, Laos and Little John chew.

The genus is named for Prospero Alpini, a 17th-century Italian botanist who specialized in exotic plants. The word “galangal” comes from the Arabic form of a Chinese word for the plant, “高良薑” (“gou-loeng-goeng” in Cantonese, “gao-liang-jiang” in Mandarin). In Tamil it is known as a “சிற்றரத்தை or சித்தரத்தை”, widely used in Siddha Medicine and in culinaries. The plant has been used as a medicine and spice for well over 1,000 years, having arrived in Europe from China in about the 9th century. It is cultivated throughout the tropics of Asia as a spice and medicinal plant. Its rhizome has been traditionally used to treat many ailments that differ according to the region. Its essential oil is used in cosmetics. The plant is also used as a tea in several countries.

Lesser galangal is an herbaceous, perennial rhizomatous plant that normally grows about 1.5 to 2 m high from an underground, copiously branched, creeping rhizome. The plant is found growing in grasslands, thickets, warm and humid climate. The plant prefers shady locations and moist, fertile soil rich in organic matter but will also grow in full sun. Rhizomes are 8 – 12 mm in diameter, woody, branched, dark brown to almost black, cylindrical with distinct nodes and internodes. Nodes are provided with light brown sings, whereas the internodes are finely ridged.

Its rhizomes are marked at short intervals by narrow, whitish, somewhat raised rings, which are the scars left by former leaves and are covered with brownish red scales. The inner section shows a dark center surrounded by a wider, paler layer which becomes darker in drying. Its odor is aromatic, and their taste pungent and spicy. Pseudo stems are 40–110 cm high. The rhizomes are valued for their sweet spicy flavor and aromatic scent. These are used throughout Asia in curries and perfumes, and were previously used widely in Europe. They are also used as an herbal remedy.

Dark green leaves are sessile; ligule is lanceolate, entire and membranous. Lamina is linear–lanceolate, 25 to 30 cm (10 to 12 in) long and 2 cm (0.8 in) wide, glabrous, base attenuate and apex caudate.

Inflorescences of its terminal are erect; dense racemes are 10–20 cm long. Flowers are numerous; rachis is tomentose; bracteoles are very small, less than 1 cm. Its calyx is tubular and puberulent, and the apex is 3-toothed. Corolla tube is slightly shorter than calyx; lobes are oblong, with the central one hood-like. Its labellum is 2 cm long, white with red streaks and ovate. Ovary is tomentose and is 3-celled. Flowering normally takes place in between April and September. 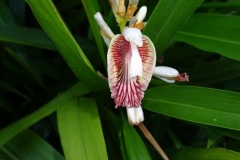 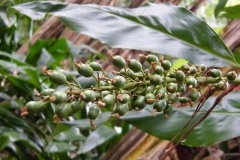 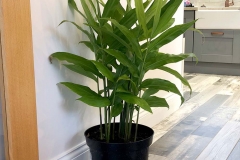 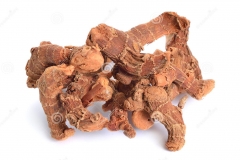 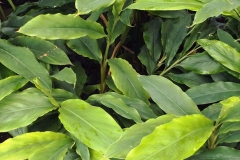 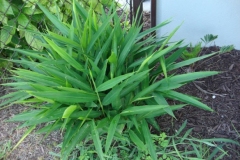 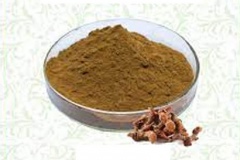 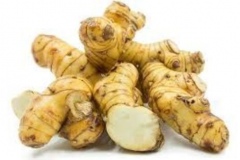 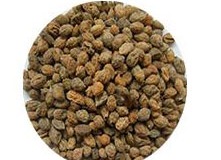 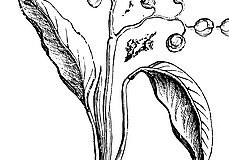 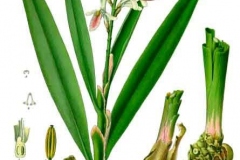 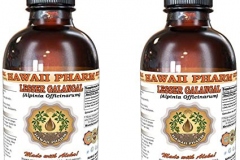 Fertile flowers are followed by small, round capsule 1 cm in diameter. Fruits are initially green and then turn yellow before finally maturing to red.