Trending
You are at:Home»Facts»Lifestyle Choice or Eating Disorder? How to Tell the Difference 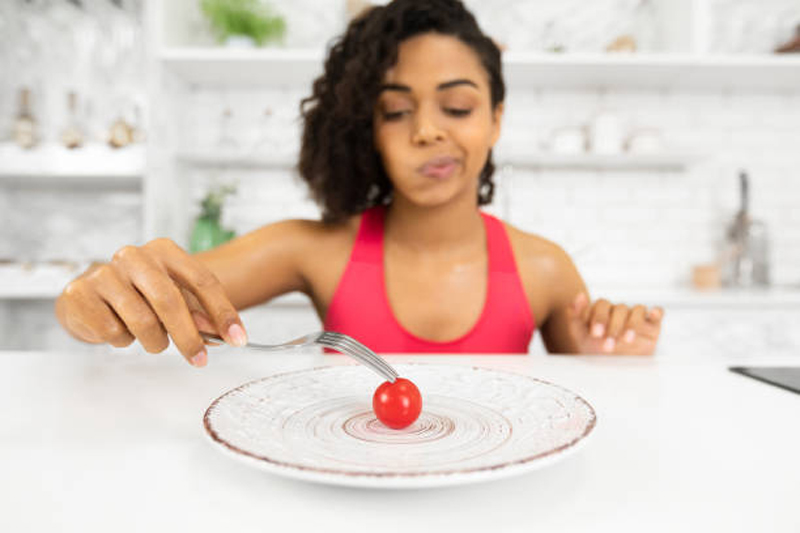 What is eating disorder?

Eating disorders have become a major problem among children, especially adolescent females. The two most common types of eating disorders are anorexia nervosa and bulimia. Anorexia is characterized by the inability’ to eat over long periods of time, which results in extreme weight loss, fluid and electrolue imbalances, and a life-threatening state. Bulimia is characterized by binge eating, followed by purging the food.

Anorexia nervosa is a complex psychogenic eating disorder. The key feature is self-imposed starvation and an irrational fear of gaining weight, even when the individual is already emaciated. It is also marked by weight loss, clinical evidence of semi-starvation, amenorrhea, and an alteration in body image. The disorder, primarily affecting young women, occurs in 5% to 10% of the population around the age of puberty. White women from middle-class backgrounds are affected most frequently. The reported incidence of anorexia in men is low.

The cause of anorexia nervosa is not known, although most health professionals believe it is essentially a psychiatric disorder. Some theorists believe the refusal to eat is a subconscious effort to exert control over one’s life. Attitudes in society that equate slimness with beauty play some role in provoking the disorder. A client’s socioeconomic status, family background, and cultural conditioning may be predisposing factors in development of the condition.

A loss of at least 25% of original body weight, in the absence of any detectable underlying medical disorder, may suggest a diagnosis of anorexia nervosa. Evidence of food avoidance, vomiting, and excessive exercise also suggest the diagnosis. In severe cases, a host of secondary symptoms may be evident as a result of metabolic and hormonal disturbances resulting from malnutrition. The affected individual also may tend to deny feelings of hunger and will typically claim to be overweight despite physical evidence to the contrary.

Medical treatment of anorexia nervosa is aimed at reversing the effects of malnutrition and controlling the individual compulsion to binge and purge. Noncooperation on the part of the affected individual, however, typically makes treatment of this disorder difficult. Aggressive medical management, nutritional counseling, and individual and family psychotherapy are recommended. Hospitalization may be required in the event of severe weight loss and malnutrition.

Death may occur from malnutrition and complications such as hypothermia and cardiac disturbances in as many as one-fourth of diagnosed cases, especially when the person is not anxious to overcome the disorder.

There is no known specific prevention, but it seems helpful that an individual develop a sense of self-esteem that is not dependent on the thin, “model-like” body image so prized in today’s society.

Bulimia nervosa is a psychogenic eating disorder characterized by repetitive gorging with food, followed by self-induced vomiting. The condition also may involve laxative abuse, the use of diuretics, and fasting. The individual with anorexia nervosa seems obsessed with becoming even thinner, the person with bulimia has a morbid fear of becoming fat. Other behavioral abnormalities include obsessive secrecy about the condition and sometimes food stealing. The disorder principally affects young women and may occur simultaneously with anorexia nervosa.

The cause of bulimia is not known. Psychosocial factors such as family conflict, sexual abuse, and a cultural overemphasis on physical appearance may be contributing factors. There may be a struggle for self-identity and a history of depression, anxiety, phobias, and obsessive-compulsive disorder (OCD).

Most persons with bulimia hide the behavioral evidence of their condition, and they are often of normal weight or even slightly overweight on diagnosis. They may still exhibit signs of malnutrition, however, because the “binge” diet of a bulimic individual is often wildly unbalanced, usually consisting of “junk” foods such as donuts, ice cream, and candy. Owing to the high sugar content of the binge diet and the subsequent reflux of gastric juices during vomiting, the bulimic person typically has a high incidence of dental decay. Reflux of gastric secretions also can produce a chronic sore throat. Menstrual irregularities are much less common in bulimia than in anorexia nervosa.

Chronic depression, low tolerance for frustration, anxiety, self-consciousness, and difficultly expressing feelings, such as anger, are common. The client is apt to possess an exaggerated sense of guilt and have difficulty controlling impulses. Serum electrolyte studies may reveal the diagnosis. Other tests may reveal cardiac arrhythmias or evidence of renal dysfunction.

Long-term psychotherapy is usually indicated. The bulimic person knows that the eating patterns are abnormal but is unable to control them. As with the anorexic person, noncooperation on the part of the bulimic client generally makes treatment difficult and frustrating. Treatment concentrates on interrupting the binge-purge cycle and helping the client regain control over eating behavior.

Bulimic persons have twice as high an incidence of suicide as do anorexics. Other complications may include pneumonia, rupturing of the esophagus or stomach, and pancreatitis.

About Lifestyle Choices and Eating Disorders

Lifestyle choices and eating disorders are similar in that they can both guide you as to what types of food can be eaten and the amount to be eaten. Some religions require that you eat some foods and avoid others, for example, and certain diets may favor some foods over others.

For most people, weight loss diets are lifestyle choices – each year, about 45 million Americans choose to cut back on certain foods for a few weeks or months in order to lose weight and then stop dieting when they have lost the desired amount of weight. Other people may temporarily increase the amount they eat in hopes of gaining weight, and then resume their normal eating patterns after reaching their goal. For the 20 million women and 10 million men in the United States with eating disorders, though, there is no choice – they are compelled to continue their altered eating habits, despite the desire to change.

For more information about the differences between a lifestyle choice and an eating disorder, contact your day treatment center.