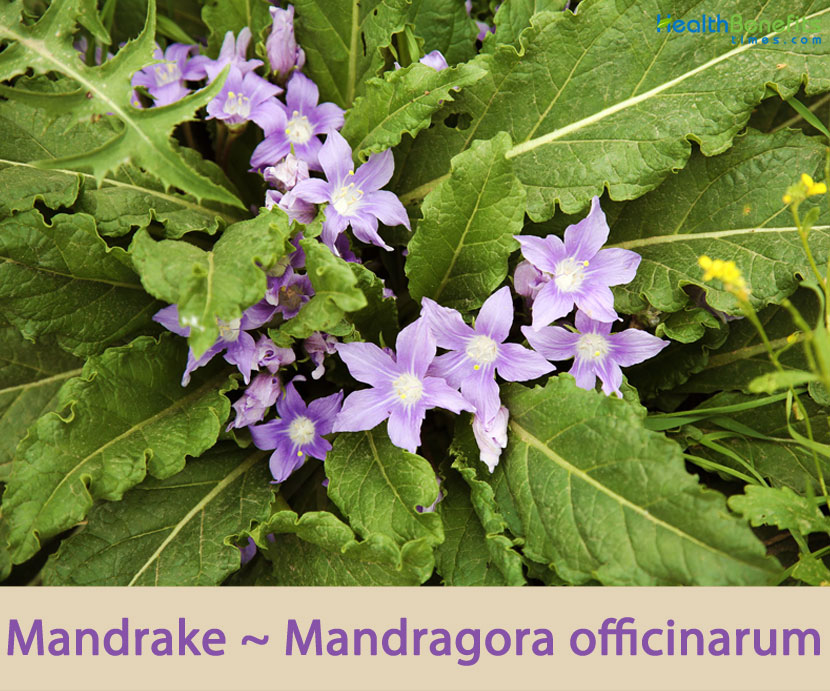 Mandragora officinarum popularly known as Satan’s apple or mandrake is a perennial plant belonging to Solanaceae – Potato family. The plant has a chubby root resembling that of a parsnip. The root of this plant bifurcates resembling a pair of legs. The plant is native to Mediterranean Sea, within the borders of Tunisia, Algeria and Morocco in North Africa; southern Spain, southern Portugal, Italy included Sardinia and Sicily, (Niccolò Machiavelli wrote a novel about it), former Yugoslavia, Greece and Cyprus in southern Europe; southern Turkey; Syria, Lebanon, Israel, the Palestinian territories and Jordan in the Levant. Mandrake, Satan’s Apple, Love Apple, Devil’s Apple, autumn mandrake, Mediterranean mandrake, Master of the life breath, Mad Apple, Hog apple, May apple, American mandrake, Indian apple, Duck’s foot, Ground lemon, Mandragora, Wild lemon and Racoonberry are some of the popular common names of the plant.

The term mandrake also is commonly used for the roots of these plants, which contain poisonous alkaloids and have been used medicinally for their anodyne (relieves pain through external application) and soporific properties, but also can lead to delirium and hallucinations. Mandrake plant was used widely in magic because of its amazing medicinal properties. Both legends and folklore associated with this plant for good and bad showed the significance of this herb. Mandrake root has been using in cooking since ancient times. Ancient people realized its aphrodisiac properties. They used it as a remedy for impotence. It used to reduce pain and calm down nerves.

Mandrake is a virtually stem less, herbaceous perennial plant that normally grows about 0.1 m (0ft 4in) tall and 0.3 m (1ft) wide. The plant is found growing in open woodland, deserted fields, stony places, open habitats, such as light woodland and disturbed sites, including olive groves, fallow land, waysides, railway embankments, ruins and crevices. The plant has long, thick tap roots that are somewhat carrot-shaped and can be up to 1.2 meters long. The root often divides into two and is vaguely suggestive of the human body and has long had medicinal, mystical, and magical properties associated with it. The plant almost has no stem.

The plant almost has no stem. Immediately from the crown of the root arise several large, dark-green leaves, which at first stand erect, but when grown to full size a foot or more in length and 4-5 inches in width – spread open and lie upon the ground. The leaves are very variable in size and shape, with a maximum length of 45 cm (18 in). They are usually either elliptical in shape or wider towards the end (obovate), with varying degrees of hairiness. They are sharp pointed at the apex and of an unpleasant odor.

The flowers appear from autumn to spring (September to April). They are borne in the axils of the leaves. The flower stalks (pedicels) are also very variable in length, up to 45 cm (18 in) long. The five sepals are 6–28 mm (0.2–1.1 in) long, fused together at the base and then forming free lobes to about a half to two-thirds of their total length. The five petals are greenish white to pale blue or violet in color, 12–65 mm (0.5–2.6 in) long, and, like the sepals, joined together at the base with free lobes at the end. The lobes are between half as long as the petals to almost as long. The five stamens are joined to the bases of the petals and vary in length from 7 to 15 mm (0.3 to 0.6 in). The anthers of the stamens are usually yellow or brown, but are sometimes pale blue. 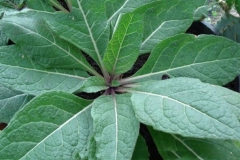 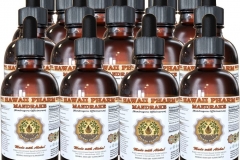 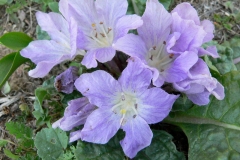 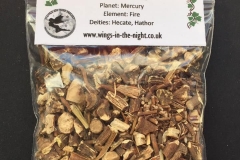 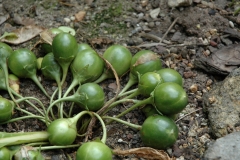 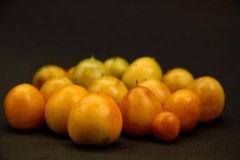 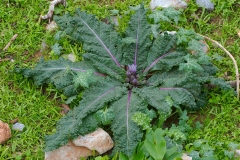 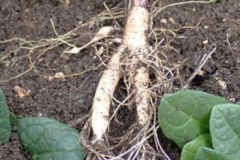 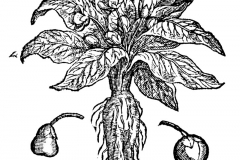 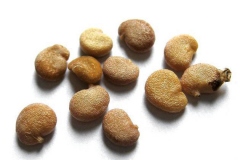 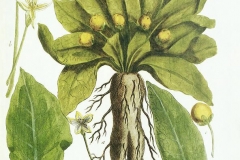 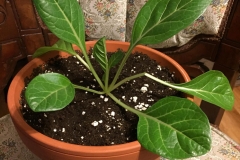 The fruit which forms in late autumn to early summer (November to June) is a small berry, shaped like a globe or an ellipsoid (i.e. longer than wide), with a very variable diameter of 5–40 mm (0.2–1.6 in). When ripe, the fruit is glossy, and yellow to orange, full of pulp and with a strong, apple-like scent – somewhat resembling a small tomato. It contains yellow to light brown seeds, 2.5–6 mm (0.10–0.24 in) long.

Traditional uses and benefits of Mandrake