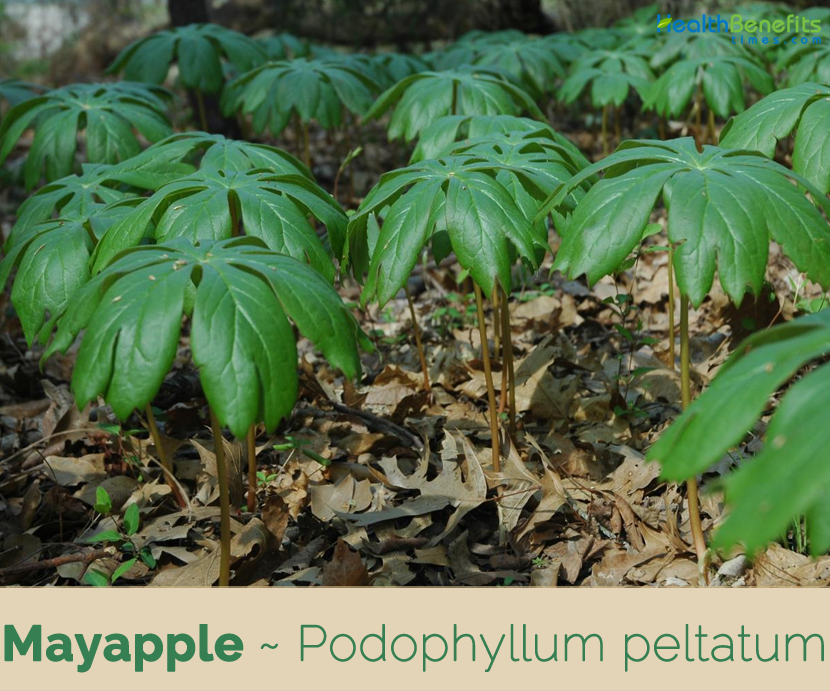 Podophyllum peltatum, also known as Mayapple, American mandrake or ground lemon, is actually an herbaceous perennial plant of the Berberidaceae (Barberry) family having umbrella shaped leaves. The plant is native to the woodlands of the eastern United States and southeastern Canada and has been used medicinally for hundreds of years by 1st Nations peoples to treat constipation, wart removal, rheumatism and liver disorders as well as a laxative. It is presently being studied for its possible treatment of leukemia. Some of the popular common names of the plants are American-mandrake, Indian-apple, May apple, Pomme de mai, Wild mandrake, Ground Lemon, Hog Apple, Racoonberry, Duck’s Foot, Hog Apple, Lang-tu, Love Apples, Mandragora, Mandrake, Racoon Berry, Umbrella Plant, Wild Lemon, Devil’s Apple, American May Apple and Bajialian.

Genus name “Podophyllum” is derived from the Greek word, podos, meaning foot, and phyllon, meaning leaf), which refers to an imaginary resemblance of the leaf to an aquatic bird’s foot: therefore, the seldom used common name of duck’s foot. Peltatum means shield shaped. The most frequently used common name is May apple and refers to the lemon shaped fruit that appears after flowering. Another common name is American mandrake. This is confusing because it is not at all related to the European Mandrake- a plant with purple flowers. Nearly all parts of the mayapple are poisonous save for the fruit: once it has turned yellow, the mayapple fruit is safe for human consumption. While not edible, mayapple rhizomes are used for all sorts of medicinal applications. Native Americans valued the rhizome as a cathartic, anti-helmintic, and emetic agent.

One to two peltately attached leaves are produced on long erect petioles. Vegetative stems usually have a single leaf, whereas flowering stalks produce a pair of leaves originating from either side of the central flower. Leaves are glabrous, circular, umbrella-shaped, with 5 to 9 palmate lobes, and are 6 inches to 12 inches wide with a lustrous, almost oily look, above and somewhat lighter and duller green beneath. Individual lobes are obovate with a tendency to develop a secondary forked lobe at the tip of the primary lobe. Margins may be nearly entire to serrated, or irregularly incised. The overall venation is palmate, but on individual lobes the secondary venation appears pinnate terminating in a Y-shaped division on the lobe. Veins are impressed above and may be lighter colored than the rest of the blade, becoming whitish or light yellowish green at the petiole attachment. Tertiary veins are nearly reticulate; bases of the lobes are often cuneate. Veins are raised beneath; early season growth may have a reddish tint.

Perfect flowers with six, sometimes more, yellowish green to gleaming white, obovate to emarginate, overlapping petals form a 1½ inches to 2 inches diameter, broadly cup to saucer-shaped flower with a prominent central pistil surrounded by flattened, oar-shaped, yellow stamens. Stamens may be individual or with pairs subtended by a fused stalk. The fragrant flowers are presented vertically to pendently beneath the foliage. Bloom is in mid- to late spring. Flowers are typically borne at a Y shaped fork atop a stoutish succulent green to brown stem between a pair of palmately divided leaves that extend above the flower. Flowering normally takes place from May to June.

Fertile flowers are followed by oval berry about the size and shape of an egg nearly 2 inches long, with a thick yellow rind. The fruits are initially green turning greenish-yellow and yellow as they mature. The fruits are formed from sexual reproduction for distance dispersal. Each fruits consist of 30-50 small ovoid seeds. It is the flower that shows up in May, not the “apple.” The “apple,” which does not look too much like an actual apple, appears later in summer.

The seeds, leaves, rhizomes and unripe fruit are poisonous; the ripe apple is considered edible raw, considered sweet but slightly acid, better when cooked, but some find it slightly toxic. An allergic reaction from handling the rhizomes can occur in some people sensitive to the compound Podophyllin found in the roots. 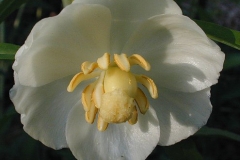 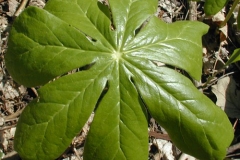 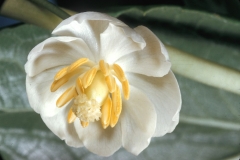 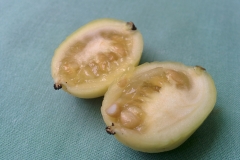 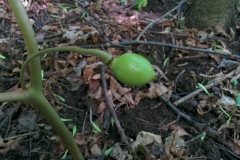 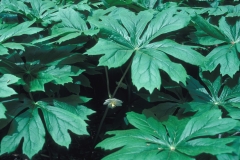 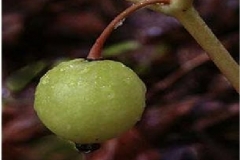 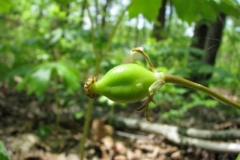 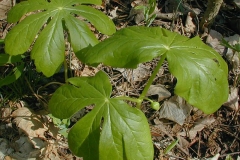 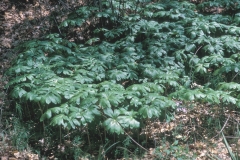 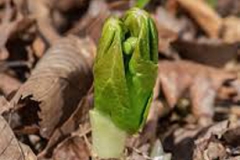 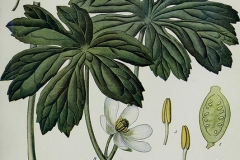 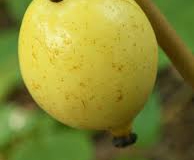 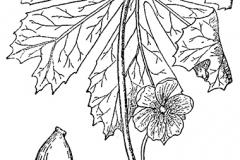 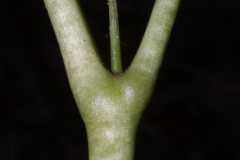 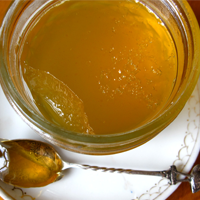 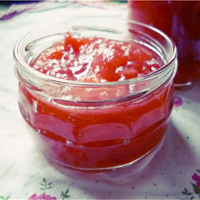 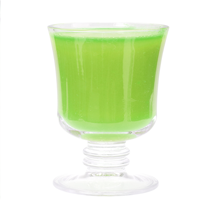