Trending
You are at:Home»Facts»8 Incredible Mushrooms and Their Health Benefits 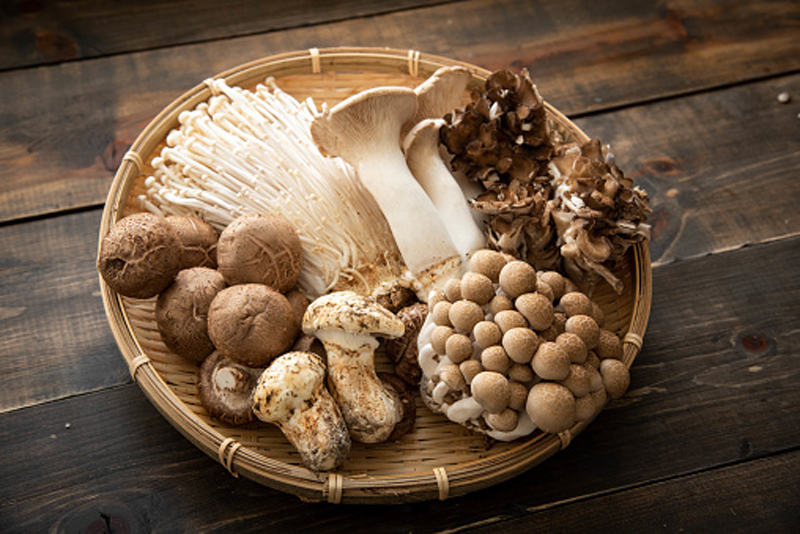 Over time, we hear of a new vegetable, fruit, or food that has outrageously good health benefits of which we had not recognized earlier. In the past couple of years, for instance, people took a liking to avocados and realized their full potential at being one of the best fruits for weight loss. One vegetable though that has been recognized for years, but is still quite underrated, are mushrooms. There are a lot of different types of mushrooms that are used for very different reasons, but the controversy over their taste is still ongoing. Regardless of whether you eat mushrooms for the taste, health, or medicinal reasons, mushrooms can be good for your body.

Read on to find 8 incredible mushrooms and their health benefits.

Lion’s Mane mushrooms are one of the coolest looking mushrooms on the list. They are white and very bushy; you probably would not be able to tell it apart from a sleeping Bichon Frise. Their business is where they get their name from and they are used for both culinary and medicinal purposes. It has been described as “seafood-like” when it comes to its taste, so many chefs have compared it to lobster and crab meat. It has numerous health benefits too, like protecting against dementia and Alzheimer’s. It also helps fight off depression and anxiety, helps those with nervous system injuries recover faster, protects against ulcers, and much more!

Reishi Mushrooms are a type of fungus that grows in hot and humid areas, mainly in Asia. This fungus is used as a major medicinal ingredient given its numerous health benefits. It has triterpenoids, polysaccharides, and peptidoglycans, which studies show may be the root of its health effects. It has been shown to boost the immune system and affect white blood cells. It has also been tested for its anti-cancer properties as over 2,400 breast cancer survivors had consumed Reishi mushrooms.

Cordyceps mushrooms are quite different from other types of mushrooms. They are a parasitic fungus and are found in the larvae or egg of an insect. This fungus will attack the host and replace the tissue and grow outside the body in the shape of long stems. Although the fungus does not seem too friendly, it actually has numerous health benefits like boosting exercise performance, anti-aging properties, possible antitumor benefits, and can help manage Type 2 Diabetes.

Turkey Tail Mushrooms are one of the prettiest looking mushrooms on the list, far from the long-stemmed parasitic fungi mentioned. Turkey Tail mushrooms are named after their form as they look incredibly similar to a turkey’s fanned tail. This fungus is one of the first mushrooms to be discovered for its fantastic health benefits. You can read more about the history of the fungus to better understand its origin and root of health benefits. It has been proven to boost your immune system, helps battle cancer, and can be used as a powder to put on drinks or food!

Like the other mushrooms, Chaga mushrooms are also found in eastern Asia but are mainly found in northern Asia in Siberia. Chaga mushrooms pretty much look like burnt wood. You can easily mistake it for a part of a tree as it is mainly brown covered in a dark black layer. Although not the beauty queen of mushrooms, they are known to be one of the best at boosting immunity and have numerous antioxidants, especially when drunk as tea. Yet it does pose a risk for some people, especially when mixed with other medications. For instance, Chaga can prevent blood clotting, but if you are already on blood thinners that can pose a serious threat to your health.

Pink oyster mushrooms, before picked, are as the name states, pink and look like rose petals. They have a ton of health benefits and pose little to side effects as opposed to other types of mushrooms. They are not that common, however, so it is possible that extensive research is yet to be done on this type of shroom. They are, however, a rich source of protein, minerals, fiber, and have a ton of antioxidants like selenium which can protect the body’s cells from damage.

Portobello, White Button, and Maitake mushrooms are some of the most popular types of mushrooms. The first two are the ones we see the most in our food, like when you order chicken mushroom soup or pasta with both those ingredients. Portobello mushrooms are rich in riboflavin, or more commonly, vitamin B2. This vitamin is known for its energy production as it helps break down carbohydrates and uses it as sugar for fueling your body.

Last on this list, but not least, are Shiitake Mushrooms, pronounced “shee-tah-keh.” This, like the Portobello mushroom, is also a very common type and is one of the best sources of fiber of most vegetables. They, like its counterparts, are very beneficial to the immune system as well as it has a compound called lentinan. Lentinan is only found in Shiitake mushrooms and is used to treat cancer and HIV infections through shots. Depending on the amount, if consumed a lot, it can cause pain in the stomach area, abnormalities in the blood, inflammation, and be more sensitive to the sun as it increases skin reactions. Shiitake mushrooms, like other mushrooms, should be taken or eaten in small doses or with your doctor’s approval. 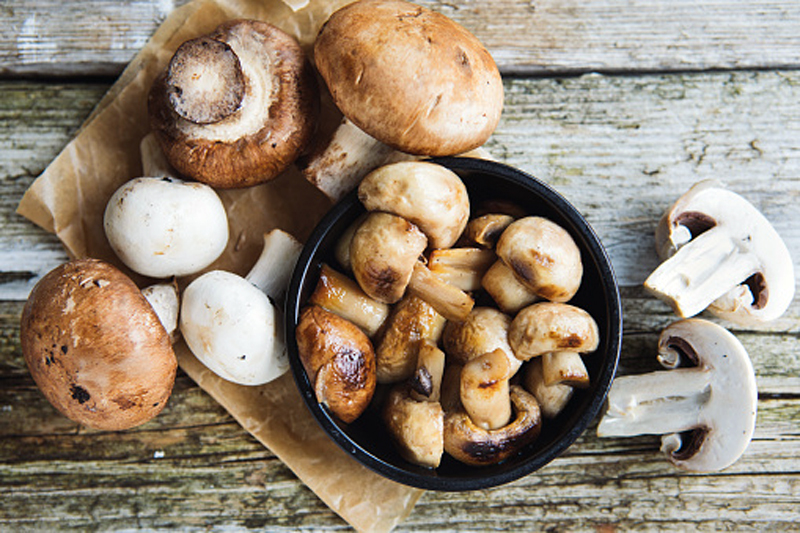 The list of beneficial mushrooms goes way beyond this article. There are around 50,000 different mushroom species, some are hallucinogenic, about 2 percent are poisonous, and all the rest are used for medicinal purposes. Which leaves us with about 40-45k types of mushrooms that are healthy and/or beneficial for some reason or another. Before you decide to eat or use mushrooms for medicinal purposes though, the most important step you have to take is to consult your doctor. Although only 2% are poisonous, you may have an allergy to one of the thousand mushrooms unbeknown to you.