Trending
You are at:Home»Fruits»Facts about Nanking Cherry 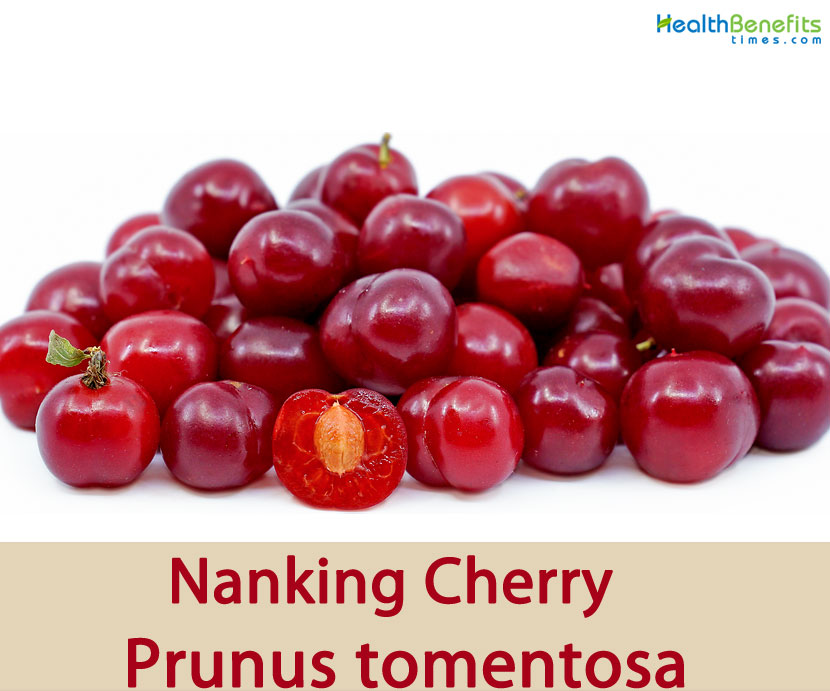 Nanking cherry scientifically known as Prunus tomentosa is a popular shrub belonging to Rosaceae (Rose family). The plant is native to northern and western China (including Tibet), Korea, Mongolia, and possibly northern India (Jammu and Kashmir, though probably only cultivated there) and naturalized in Japan, Russia, and other northern regions of the continent. It has become a staple back yard garden plant in Russia and much of Eastern Europe. Nanjing cherry, Korean cherry, Manchu cherry, downy cherry, Shanghai cherry, Ando cherry, mountain cherry, Chinese bush cherry, Chinese dwarf cherry, Mongolian cherry, Aengdo, Aengdonamu, Mao Yingtao, Maotao, Maoyingtao, Yeyingtao, Yusura ume, Luddkörsbär and Japanische Mandelkirsche are some of the popular common names of the plant.

It is commonly called downy cherry in recognition of its downy leaves, downy stems and downy fruits. Genus name Prunus comes from Latin means plum or cherry tree. Specific epithet tomentosa means thickly matted with hairs. The plant is harvested from the wild for local use as a food, and is sold in local markets. It is occasionally cultivated as a fruit crop in Asia, and is commonly grown as an ornamental tree. Fruit is edible but of variable quality ranging from tart to sweet. Fruit may be used in pies, jams or jellies. Birds love the fruit. With proper care and maintenance, the tree can live up to 50 years. Without care, plants have supposedly lived 20 years or more.

Nanking cherry is a broadly spreading, twiggy, hardy, deciduous shrub that normally grows about 100 – 200 cm tall and around twice as wide. It rarely becomes more tree-like and can then grow up to 300 cm tall. The plant is found growing in slopes, in ravines, forest on mountain slopes, forest margins, thickets and meadows. The plant flourishes in well-drained, slightly acidic soil. Plants grown from seed may develop a deep taproot, and are very drought tolerant after initial establishment. Bark is glabrous, copper-tinted black and exfoliating when mature.

Nanking leaves are elliptical, alternate 2–7 cm long and 1–3.5 cm broad, oval to obovate, acuminate, with irregularly serrated edges alternating on stems.  They are deeply veined, and are also covered with white, downy fuzz especially on the pale underside which is the origin of one of its common names of ‘downy cherry’. It is dark green, pubescent above and tomentose below, with glandular petioles.

These darling buds of May are one of the great pleasures of spring.  The Nanking blossoms appear in our yard around the second week of May, before the leaves have emerged. The flowers are white or pink in a scarlet calyx, opening with or before the leaves in spring. They are reliably profuse, arranged in clusters on scarlet pedicels and are 1.5–2.0 cm in diameter. Flowers are very frost tolerant.

Nanking cherry bushes need another Prunus plant to pollinate them.  In other words you’ll need to have another Nanking cherry nearby, or any type of cherry, or a plum, or an apricot, and so on.  This is currently our biggest hindrance to fruit set.

The clusters of fruit are nestled in among the leaves, spaced out at intervals along the branches. Nanking cherries are quite small, measuring 1- 2 centimeters in diameter (about the size of a blueberry). Their pale pink to bright cherry red skin is shiny and smooth, and the pulp is juicy. Each fruit contains one seed, much like other cherries. Nanking cherries are sweet and tart.

Unlike the image of cherries that most of us have in our brains, Nankings are connected to the branches of the shrub by very short stalks.  They do not grow in the drooping clusters, but rather in lines up and down the length of the branches. 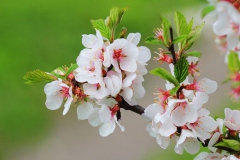 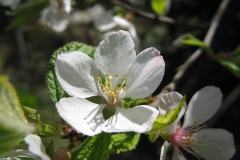 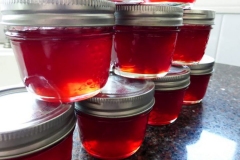 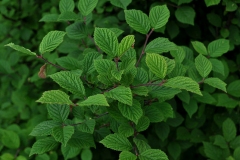 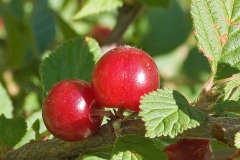 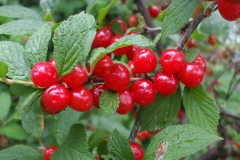 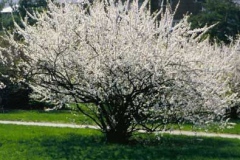 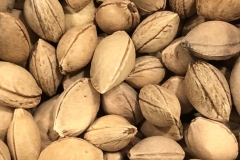 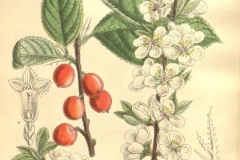 Earlier research had found that Nanking cherry has protective action on skin tissues and its subsidiary organs. It has also shown a strong role in promoting hair growth.

When Prunus tomentosa thumb total flavone (PTTTF) was continuously used on external local parts of phalacrosis mouse models. It was discovered that PTTTF had significantly promoted the hair growth cycle and follicle maturation. However more research is required.

The cytotoxic activity of these isolates was stronger when compared with the positive control 5-fluorouracil used. The results also indicate these isolates might be a promising source for anti-cancer drug candidates.

Nanking cherry seeds consist of flavonoids that are known to exhibit antioxidant activity.

Research had also revealed that flavonoids present in the seed extract of Nanking cherry were able to exhibit Antioxidant and Inhibitory activity on Nitric oxide and prostaglandin E2 production.

The DPPH radical scavenging assay had also shown that the antioxidant activity of some of the flavonoids was also higher than the positive control, Ascorbic acid.

Research conducted to know the effect of Prunus tomentosa thumb total flavone on frostbite had proven that, PTTTF has significant anti-frostbite effect.

Research also said that the total flavone can inhibit the MMP9 expression in frostbite tissues and IL-1β in peripheral blood mononuclear cells to relieve the inflammation caused by frostbite.