You are at:Home»Phytochemicals»Stilbenoids»Facts and Food Sources of Stilbenoids 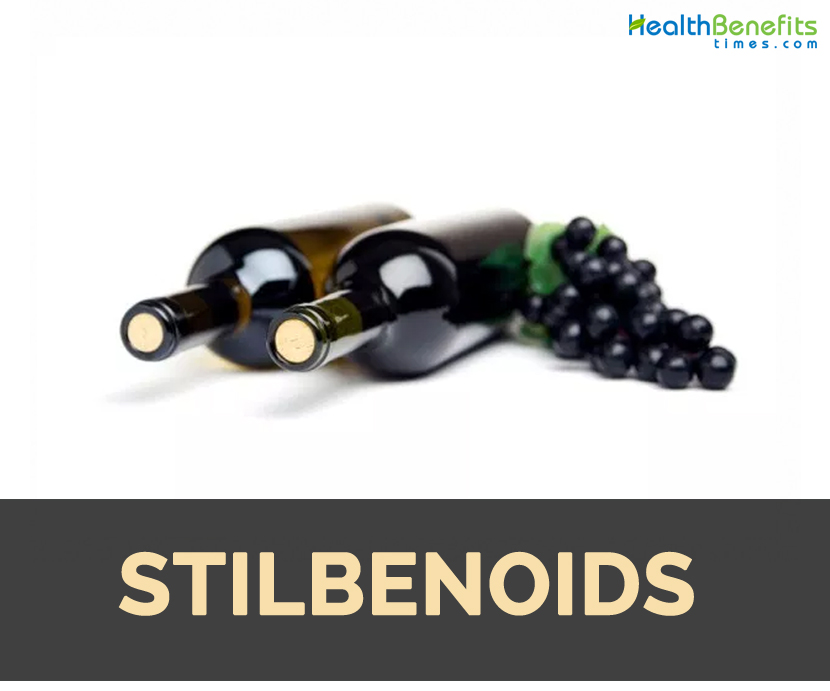 Stilbenoids are hydroxylated derivatives of stilbene with C6-C2-C6 structure. It belongs to phenylpropanoids family in biochemical terms and shares most of its biosynthesis pathway having chalcones. Stilbenoids could be formed by bacteria and plants. It is naturally formed by various plants when under attack by fungi or bacteria. It occurs naturally and is found in foods such as wine, blueberries and grapes. Its other sources include peanuts and cocoa powder.

There are two main stilbenoids such as pterostilbene and resveratrol. Study conducted in 1992 shows that resveratrol helps to inhibit growth of tumor in some animal models.

The food sources of Stilbenoids are blueberries, wines, grapes, cocoa powder and peanuts.

Discussed below are some health benefits of Stilbenoids:

Inflammation is the natural response of body to injury, infection, stress or injury. It results redness, heat pain and swelling as the body deals with source of problem. Most of the positive inflammation shows the body is reacting to the threat and repairing damage. Yet, some inflammation is irrelevant and damages the body cells when there is no threat to counteract with. Study shows that stilbenoids are powerful anti-inflammatories which prevent unnecessary inflammation in the body. Further studies are required for confirmation.

Toxins are harmful substances which are formed within living organisms. Evidence shows that resveratrol may be antitoxic and protects from these natural poisons. Yet, further research is essential to confirm these effects.

People consuming lot of calories are susceptible to health problems such as diabetes, cancer, heart disease and high blood pressure. They have lower than average life expectancy. Resveratrol is helpful for this. Research shows that stilbenoid helps to combat effects of high calorie diet and promote life expectancy of people who consume lots of calories.

Kidneys are critical organ which eliminates waste products from the body. Evidence shows that resveratrol helps to keep them healthy by preventing kidney damage.

Liver is a crucial organs which eliminates harmful toxins from the body. Research shows that resveratrol maintain its working order by preventing liver damage.

Cancer is a health problem where deoxyribonucleic acid in body’s cells gets damaged and causes the cells to grow in rapid and out of control way which results formation of cancerous tumors. The cancerous cells spread to other areas of the body and damages the cells which surround it. Both resveratrol and pterostilbene helps to prevent this condition.

Diabetes is a health condition which forms when either body’s cells stop responding to insulin or pancreas deteriorate to form enough insulin. When left untreated, diabetes could damage body’s cells or vital organs. Luckily, stilbenoids helps to avoid this condition as evidence suggests that both resveratrol and pterostilbene prevents diabetes.

Heart disease is the leading reason for premature death in UK. Early research shows that stilbenoids helps to avoid this condition. Pterostilbene lowers the levels of LDL cholesterol or triglycerides while resveratrol prevents atherosclerosis and lowers LDL cholesterol levels.

Ultraviolet (UV) rays are invisible rays of energy from sun. Extended exposure to these rays could damage skin and also leads to skin cancer. Studies show that resveratrol might protect against UV damage.