Trending
You are at:Home»Herbs and Spices»Health benefits of Ophiopogon (Mondo Grass) 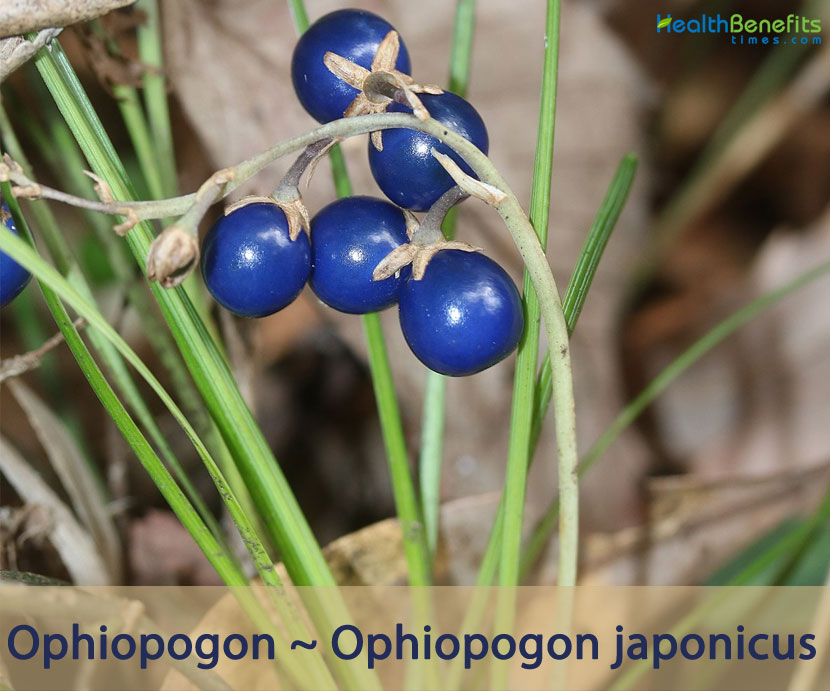 Genus name comes from the Greek ophis meaning snake and pogon meaning beard. Specific epithet means of Japan in reference to native habitat. Gyoku-ryu’ is a dwarf mondo grass cultivar that forms a dense carpet to only 1-2 inches tall. Tiny, pale lavender flowers bloom on short stalks in summer, but are often hidden from view by the leaves. Although some people think Mondo grass is a type of grass, it is actually a type of lily. The plant is often cultivated as a medicinal plant in China. It is also often grown in the ornamental garden as a ground cover.  It is often sold as a decorative plant for freshwater aquaria, but because it is not a true aquatic plant, it can live for a few months underwater before it dies. While hardy to temperatures of about – 20°C when dormant in winter outdoors in normal soil, when kept fully submerged, it requires water temperatures of 18–25°C. It grows well in full sun or partial shade. Propagation is from side shoots.

Ophiopogon (Mondo Grass) is an evergreen, tuft-forming stoloniferous, tuberous-rooted, rhizomatous perennial plant that normally grows about 10 – 30 cm (4 – 12 inches) in height, depending on the variety. The plant is found growing in shady places in lowland and foothills, forests, mossy forests, dense scrub in ravines, moist and shady places on slopes and along streams and cliffs. The plant grows well in full sun or partial shade in well-drained, moist sandy or sandy loam soils. This species has large stolons with tuberous roots. Stolons are creeping and slender, roots moderately thick, usually with tuberous part near middle or tip.

Leaves are basal, sessile, fasciculate, linear, generally 15–50 cm long and 2–4 mm wide, 3–7 parallel veined, margin serrulate. They are dark green above and pale glaucous beneath. Scape is 6–15 (−27) cm, much shorter than leaves. Foliage is similar to that of Liriope (also in the lily family), but leaves are narrower and more refined.  Ophiopogon leaves are evergreen and have a leathery appearance.

Fertile flowers are followed by subglobose to ellipsoid–globose, pea-sized, blue-black berries, 5–9 mm in diameter. Flowers and fruits are usually partially hidden by the foliage. This plant is ornamentally grown for its tufts of grass-like leaves.

Ophiopogon is the name for the plant’s genus.  There are many different species within this genus.   The most popular species of Ophiopogon are listed below:

Of all the types of Ophiopogon, japonicas are the best known for health benefits. Most scientific studies on the plant also focus on the japonicas species. It has pretty flowers and blue fruits.

It is also called Silver Mist mondo grass because of the lines on its blades.

This variant is called dwarf mondo grass because it only grows to be about 6 inches tall.

This type of Ophiopogon is also known as black mondo grass because of its dark blades and pretty pink flowers. It grows to be about 12 inches tall.

The plant is also called variegated mondo grass; this species is larger and more robust. The blades have yellow and green stripes going down them. 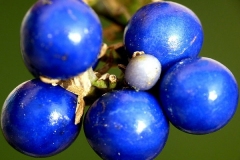 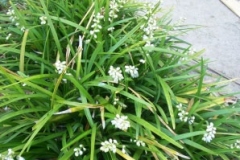 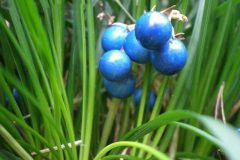 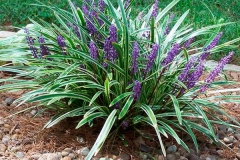 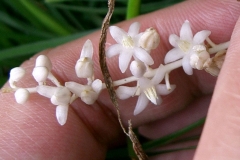 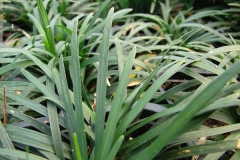 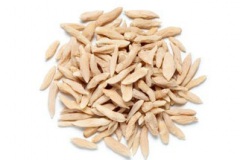 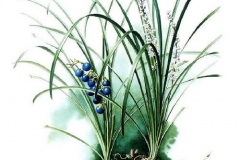 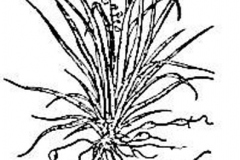 In Chinese medicine, Ophiopogon is known as mai men dong.  It has been used for thousands of years medicinally. It’s still popular today in natural medicine.  There are thousands of scientific studies which support the many health benefits of Ophiopogon.  Below are some of the main benefits which are supported by scientific research.

Mondo grass consists of good amount of different anti-inflammatory components including ruscogenin, ophiopogonin D, homoisoflavonoids, and fatty acids. Some of these components are completely new and haven’t been found in other plants. Studies on animals found Ophiopogon extract helps to reduce inflammation markers and swelling. (1), (2), (3)

Ophiopogon consists of polysaccharides which activate macrophages in the body.  Macrophages are the specialized cells which kill bacteria and harmful pathogens in the body. Experiments show that taking Ophiopogon helps to increase white blood cell count, DNA synethesis and also make antibodies last longer.  The result is a significant boost to immune health. (4), (5), (6)

Ophiopogon is considered good for different respiratory problems including coughs.  It helps the body produce mucus to moisten the lungs while reducing lung inflammation. (7), (8), (9)

Mondo grass consists of fifteen steroidal saponins, which are a type of naturally-occurring sugar.  These steroidal saponins are interesting because they can kill tumor cells. They are cytotoxic against several human cancer cell lines.  Many studies conclude that they have potential as a cancer treatment. (10), (11), (12), (13)

Mondo grass root consists of a type of water-soluble polysaccharide (OJP1). Studies show that it has many benefits for diabetes treatment, such as reducing blood sugar levels, increasing insulin sensitivity, and treating damage to organs affected by diabetes. (17), (18)

Extracts from mondo grass root consists of antimicrobial compounds which can kill certain types of fungi and bacteria, including Staph and E. coli.  Because mondo grass root also boosts immunity, this makes it a good natural treatment for mild infections.  It is also often used as an antibacterial mouth wash for treating sores. (19), (20)

How to Use Ophiopogon

Traditionally, Ophiopogon root is prepared as a decoction. This involves boiling the root in water for about one hour or even longer.  Decoction is strained and the liquid is consumed.  The benefit of decoctions is that concentrate medicinal components of the plant into the water.  However, it is tricky to control dosage with decoctions and boiling can destroy some of the nutritional benefits of the Ophiopogon root. To make, you’ll need to take a heaping tablespoon of mondo grass root and gently cook it in 1 quart of

Dried (or granular) decoctions are made by cooking mondo grass root in large tanks.  The liquid is strained and evaporated so only syrup is left.  The syrup goes through a spray dryer to produce a dried product.

The benefit of mondo grass dried decoctions is that they are very concentrated.  The final product should be better than what you’d make at home, thus allowing you to get more health benefits out of a smaller dosage.  Then drink the decoction throughout the day.

This mondo grass decoction is made by an Asian brand which specializes in natural medicine. The decoction is in a granular form.  It consists of five main ingredients: mondo grass, pinellia ternata (crow dipper root), Zizyphus jujube (red date), ginseng and licorice.  These ingredients are particularly good for treating coughs and lung ailments, but also good for a general immunity boost.

Powdered Ophiopogon root is made by drying the root and then grinding it into a fine powder.  You can mix the powder in water or smoothies.   Sometimes the powder is pressed into tablets or put in capsules.  The powders of Ophiopogon root won’t be as potent as a decoction because it contains the fiber, starches, etc. from the plant. However, some people prefer mondo grass powders because they are raw and theoretically more healthy compounds stay alive.

It’s hard to find Ophiopogon powder though.  If you have a garden, consider growing Ophiopogon (it’s easy) so you can harvest the roots for medicinal use.

Herbs and Spices O
Share. Twitter Facebook Google+ Pinterest LinkedIn Tumblr Email
Previous Article7 Home Hygiene Tips Your Family Should Practice In The New Normal
Next Article 7 Things You Should Do If You Were Misdiagnosed