Trending
You are at:Home»Oils»Prickly Pear Seed Oil benefits and uses 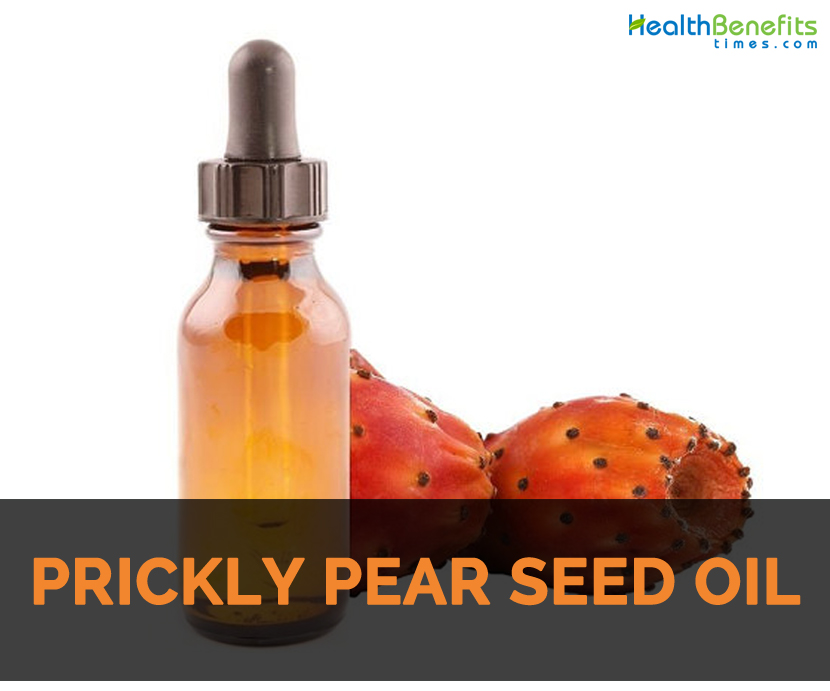 Prickly pear is a member of the cactus family Cactaceae which is also known as prickly pear cactus and nopal. It could be found in Australia, Africa and Mediterranean. The oil is extracted by pressing the seeds which requires about eight tons of cactus fruit for making 1 liter of oil. It contains phytosterols, linoleic acid and Vitamin E. It helps to moisturize, nourish and protect the skin health. It has high content of tocopherols that helps balance cell membranes and protect the tissues of eyes, skin and breast. It has high content of tocopherols as well as omega 6-fatty acids that helps to maintain skin health. Due to its extractive method and enormous amounts of seeds, its cost is expensive.

Prickly pear is native to South America and Mexico. It is nutritious and edible cactus which is widely grown in Australia, South Africa, Southern Europe and Southwestern United States.

Though the origin of Prickly pear is uncertain, it is believed to have been originated from South American country Mexico. It was imported in 16th century from America. It could be found in semi-arid areas such as South America, South Asia, Southern Europe, Australia and islands with temperate climates. It was included in Global Invasive Species Database. Moreover, it has additional function to support cattle and people during famine and drought. Prickly pear was introduced to Northern Ethiopia for this purpose. Today, its plantation covers an estimated area of 350 hectares. It was a threat to both animals and plants.

In recent years, it has been prized for the oil that could be derived from very small seeds found in the fruit named prickly pear. Prickly pear seed oil possesses anti-ageing properties. It is used for medicinal purposes in pharmaceutical laboratories.

Let us discuss on the health benefits provided by Prickly pear seed oil are:

Prickly pear oil has essential fatty acids about 60% of Linoleic acid. It is easily absorbed into skin. It deeply penetrates the skin without leaving a greasy residue behind.

Due to antioxidant activity, it stimulates the renewal of cells by providing fresh and new skin. It lowers hyper-pigmentation and redness.

Prickly pear seed oil helps to hydrate skin and is helpful for mature and dry skin. The high content of linoleic acid calms the dehydrated skin by deeply penetrating it.

Prickly pear oil has essential fatty acids that moistens the collagen layer of skin and makes the pores tight.

It has high content of Betalains which are antioxidants having anti-aging effects.

Being non-comedogenic and high content of linoleic acid and oleic acid, it won’t clog the pores as well as breakout.