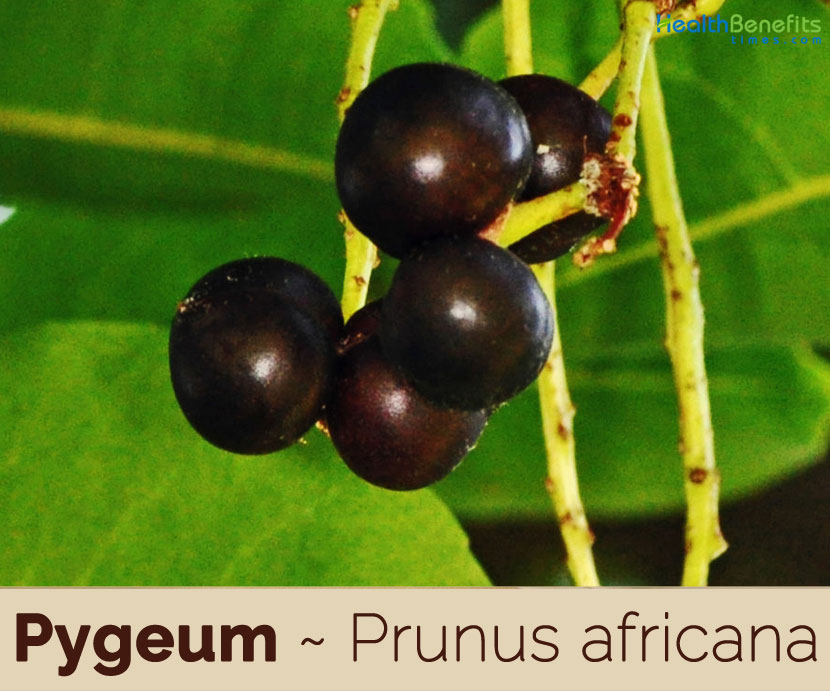 The plant is called stinkwood because it has wood with an unpleasant odor. The genus name ‘Prunus’ is derived from the Latin word which refers to the plum family and the scientific name “Prunus africana” refers to the species of African origin. The Prunus genus is very important in agriculture as it includes peaches, plums, cherries and apricots. Native to southern and central Africa, this is a plum tree, but the fruit is not the focal point of interest. While this bark-derived substance has been in use for hundreds of years, it is still mainly used for the treatment of prostate issues in men. This supplement is commonly used to block the activity of DHT, more formally known as dihydrotestosterone. This supplement is able to prevent problems with the prostate and male pattern baldness. You can use pygeum in the recommended amounts on a permanent basis. For those who are worried about their prostate health, this is an excellent way to strengthen your body’s defenses.

Pygeum is a fast-growing, much branched, evergreen tree that grows about 10 – 24 meters tall with some specimens reaching 36 meters. Bole has a diameter of up to 1 meter and can be branchless for the first 10 meter. The plant is found growing in upland rain-forest, montane, riverine forests, moist evergreen forest, woodland, edge of dry gallery forest and mixed Podocarpus latifolius forest. Bark is usually black to brown, rough, corrugated or fissured, and scaly, fissuring in a characteristic rectangular pattern. The wood is heavy, hard, strong and red brown colored. Large-diameter trees have impressive, spreading crowns. It requires a moist climate, 900–3,400 mm (35–130 in) annual rainfall, and is moderately frost-tolerant. P. africana appears to be a light-demanding, secondary-forest species.

The heavy shining foliage is composed of simple leaves, arranged alternately, oval or lance-shaped, sometimes widely so, tapering at both ends and sometimes with a long drawn-out point or with a rounded apex and base. They are 8–20 cm (3.1–7.9 in) long, shiny deep green above, duller and lighter below, with conspicuous veins and a distinct midrib which is prominent below. The margins may be toothed or untoothed. The 2 cm (0.8 in) petiole is pink or red and smell like bitter almonds when crushed.

Flowers small, androgynous, white or greenish, hairy, fragrant, borne abundantly in bunches 5-7.6 cm long in the axils of leaves or on the side of shoots; solitary or in branched axillary sprays 3-7 cm long; calyx and petals small; 10-20 stamens. In Kenya the trees flower between November and February and ripe fruits are available 4-6 months later.  In South Africa flowering occurs October to May and fruiting September to January.

Fertile flowers are followed by spherical, bitter drupe, 7 mm long, 1.3 cm broad, pinkish-brown, bilobed, with a thin, dark red to reddish-brown pulp when ripe, a depression in the center covering a papery shell; thin pericarp with 1 or 2 small, delicate, oval seeds inside. It grows in bunches ripening September through November, several months after pollination. 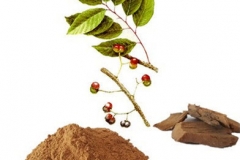 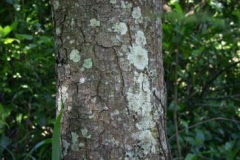 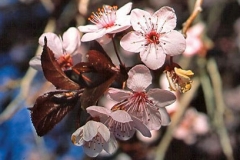 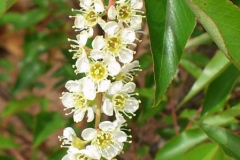 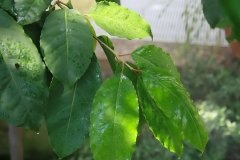 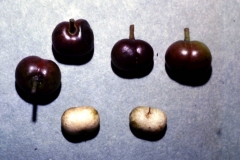 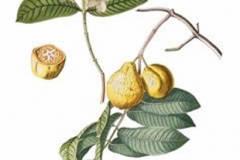 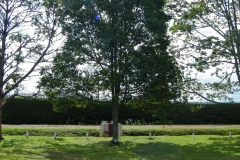 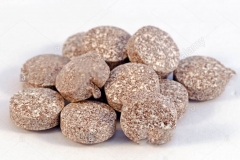 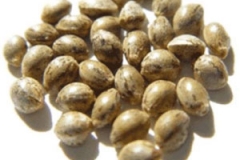 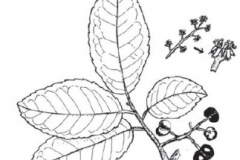 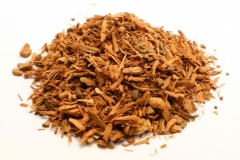 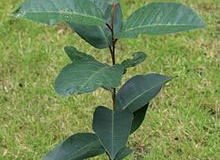 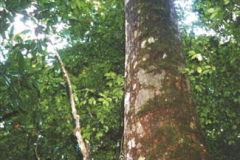 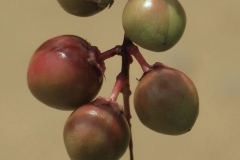 As a DHT blocker, pygeum bark extract is very important for men who are struggling with hair loss. Male pattern baldness is often exacerbated by the presence of dihydrotestosterone, but this supplement can block that compound from having any effect. While research is still in early stages of the comprehensive effects of this supplement, subjective evidence is quite considerable. (1)

If you are struggling to remain fertile, or if your sperm count or motility has decreased, using this supplement may be able to increase hormone production and avoid the inflammation that can affect fertility. (2)

Chronic inflammation is one of the biggest causes of chronic diseases, such as rheumatoid arthritis and cancer. This supplement can help to reduce inflammation to improve the function of multiple organ systems. (3)

One of the most common uses of this bark extract, benign prostatic hyperplasia (BPH) can be treated with this supplementation. BPH is a condition that affects many men and is more commonly referred to as an enlarged prostate. Considering that this is often seen as a precursor to prostate cancer, it is important to identify and remedy this problem as soon as possible.(4)

Some studies have found a link between a decrease in urinary tract infections and the consumption of this supplement, both as a preventative measure and a treatment.

Different research has found that this supplement can ease the strain on the kidneys and improve the detoxification of the body, which can boost immune health and overall wellness.

By increasing circulation and reducing inflammation, regular use of this bark extract has also been linked to improved sexual performance and endurance in men.

Frequent use of pygeum also helps in treating and preventing other health conditions such as fever, malaria, and stomach-ache.

Traditional uses and benefits of Pygeum

Although the amount of research on a precise dosage is somewhat limited, most specialists agree that between 50 and 100 mg of pygeum extract can be consumed each day for the treatment of prostate issues.  Given the powerful nature of this supplement, do not consume more than the recommended dose.

How to Consume Pygeum

Pygeum uses, both traditional and modern, are mostly limited to herbal remedies made from the bark. Aside from the berries of the pygeum tree being eaten by gorillas and some birds, there are almost no culinary applications for pygeum.

Dried pygeum bark can be stepped in hot water for few minutes. This preparation can be taken on daily basis for treating urinary problems and promoting prostate health.

Concentrated preparation is obtained by boiling the pygeum bark with water. This liquid can be taken every day to reap the anti-inflammatory benefits of the herb.

This strong preparation concentrates all the medicinal benefits of pygeum. Few drops are diluted in a glass of water for a potent anti-inflammatory effect.

In this supplemental form, pygeum can be taken every day, in standardized doses, for a more controlled anti-inflammatory action and urinary tract health support.