Trending
You are at:Home»Vegetables»Facts and benefits of eating Tahitian Taro 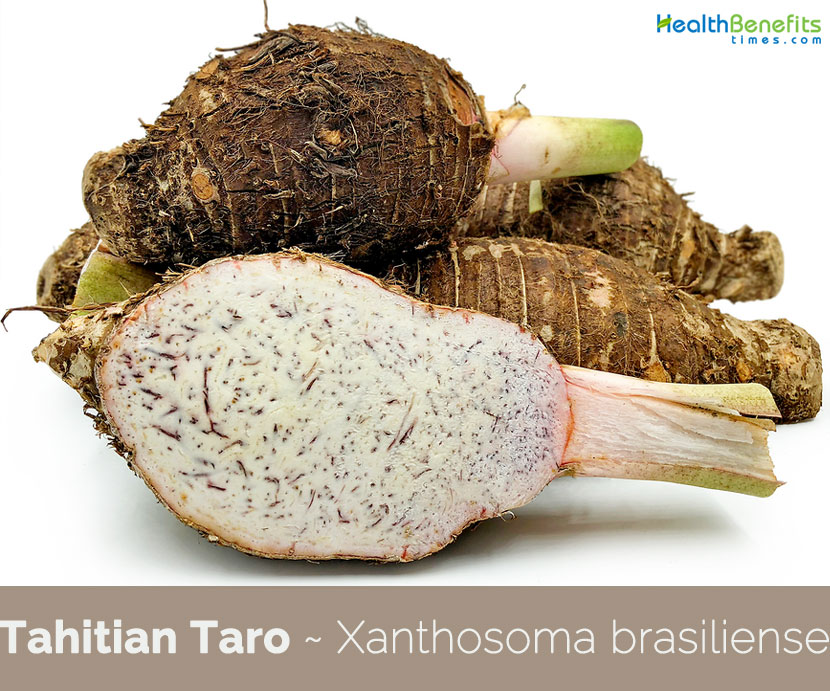 Xanthosoma brasiliense commonly known as Tahitian taro, Tahitian spinach is a species of flowering plant in the Araceae (Arum family). The plant is native to tropical South America and the West Indies. Few of the most popular common names of the plant are Tahitian spinach, tannier spinach, belembe, Tahitian taro, calalou, Celery stem Taro, Elephant Ear and Kalalu. It is one of several leaf vegetables used to make callaloo, and it may be called calalu in Puerto Rico. This plant was domesticated in the Amazon and it is now grown throughout tropical regions of the world. The leaves and stems are cooked and eaten as vegetables. It is cooked to remove calcium oxalate crystals, which are present in the leaves of aroids. Unlike some other tannia (Xanthosoma spp.), the corms are not used for food because they are small and underdeveloped.

Tahitian Taro is a non-woody forb that grows about 2 to 6 feet (0.6-2m) tall. The plant is found growing in River valleys and normally succeeds in full sun or light shade in loamy and clay soils, but dislikes sands. It also requires high levels of organic matter in the soil. Stem is always hypogeous, rhizomatous, and cylindrical, up to 6 cm in diameter, moderately covered by brown fibers, producing occasional globose-turbinate cormels.

Tahitian Taro plant consists of about 3-4 leaves per plant. Petioles are 45-95 cm long, green, sometimes tinged with purplish at base, never conspicuously waxy, sheathed up to 1/3 of its length, sheath convolute with purplish margins. Leaf blade is 19-33.5 long and 21-39 cm wide, sub-hastate to hastate in young leaves, hastate to sub-pedate in adult plants, glossy green adaxially, clearer and matte abaxially. Primary lateral veins are 4-7 per side, arising at an angle of 40-45°, concolorous with blade at both sides, apex acuminate. Basal ribs denuded for 2.5-6 cm, basal lobes strongly extrorse, obtuse to round at apex. 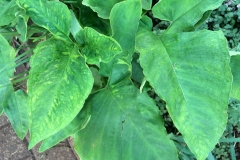 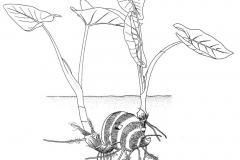 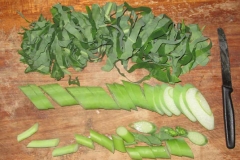 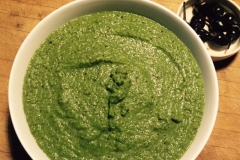 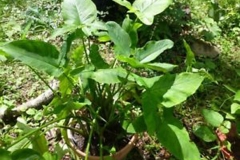 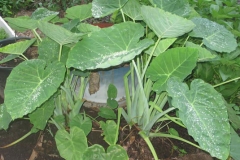