Trending
You are at:Home»Oils»Radish seed oil uses and benefits 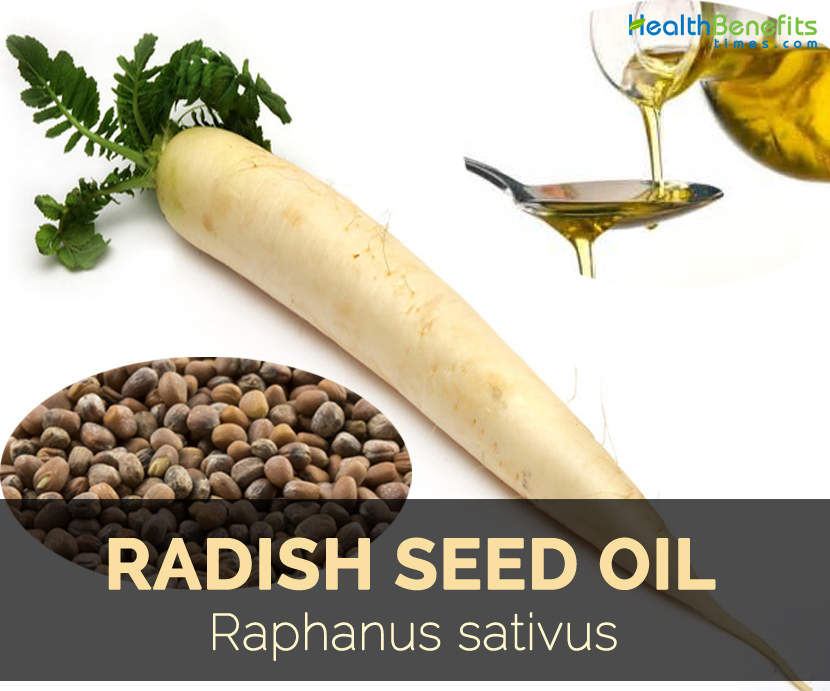 Radish, scientifically Raphanus raphanistrum is an edible root vegetable that belongs to the family Brassicaceae which have been domesticated in pre-Roman times in Europe. The oil is obtained by cold pressing the seeds of Radish. The seeds could be obtained by drying fruits and rubbing and cleaning all the impurities. The seeds are again dried and could be used to extract oil which is used to assist the functions of body. This oil has unique fatty acid composition that is similar to the silicone which is found in shampoos. It has emollient properties that make it easily penetrable to the skin. It is a perfect moisturizer for skin that makes the skin soft and supple. This oil is also used in personal care formulations, cosmetic application and hair formulations.

It was believed to be originated in South East Asia and was spread to the world. It is used for cooling purposes. Radish is commercially grown in Korea, Japan, Texas, China, California and Philippines. The Radish was used by Greek in 3rd century and Roman agriculturists in 1st century AD.

Radish seed oil is clear to golden in color and is odorless. It is used as a substitute for silicone in skin care and hair products. It could be used as a serum for skin, hair and nails. It absorbs in skin quickly and provides glow to the skin. If used as a hair serum it smoothens the hair follicles and makes it manageable. This oil is a triglyceride that has unusual combination of C20, C18 and C22 fatty acids. Being an emollient it reaches the lower layers of skin.