Trending
You are at:Home»Herbs and Spices»Health benefits of Rice paddy herb 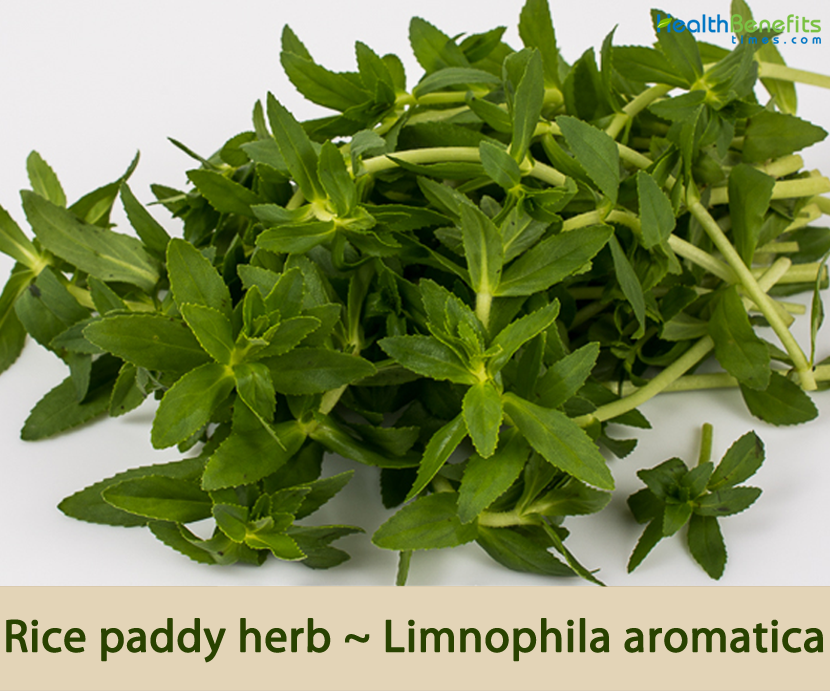 Rice paddy herb scientifically known as Limnophila aromatic is a tropical flowering plant, member of the plantain family called Plantaginaceae. The plant is native from India and Sri Lanka to Indo-China, southern China, Japan, Taiwan, throughout South-East Asia and northern Australia, where it flourishes in hot temperatures and grows most often in watery environments, particularly in flooded rice fields. Some of popular common names of the plants are Rice paddy herb, Swampleaf, Limnophila, Finger grass and rau Om. It is called ngò ôm or ngổ in Vietnam and used as an herb and also cultivated for use as an aquarium plant. The plant was introduced to North America in the 1970s due to Vietnamese immigration following the Vietnam War. It is called “ma om” (ម្អម) in Khmer.

The genus name comes from the Greek word limne which means pond and the species name is derived from the Greek word philos which means friend. Together they refer to the association of the plant with water meaning pool loving, describing the plant’s native growing region in swamps. It is used in traditional Cambodian soup dishes and Southern Vietnamese cuisine. It can grow in flooded rice paddies during wet season but it grows best on drained but still wet sandy soil of harvested rice paddies for a few months after the rainy season ended. It dies out soon after it flowers. Rural Cambodians often harvest them and put them on the roof of their houses to dry for later use. It is known to have a distinct flavor and aroma reminiscent of lemon/cumin, and used as salad in diet by Southeast Asian communities. The essential oil from Rice paddy herb was extracted and analyzed, a total of 36 volatile organic constituents were identified.

Rice paddy herb is a tropical, annual or perennial flowering plant that typically reaches 30 to 100 centimeters in height. The plant is found growing in rice paddy fields, marshes, reservoirs, shallow ponds and water-logged places in the tropics. The stems are thick in appearance but have a hollow center, creating a smooth, crisp, and watery texture. The pale green stems also have a light, succulent, and spongy consistency, lightly coated in fine hairs. The stems of the emergent form are purple in color. These plants seldom have aerial branches.

The simple leaves are arranged on the stem in opposite pairs and are whorled. They are lanceolate-elliptic to ovate-lanceolate in shape. They grow up to a length of 2 cm to 6 cm and are generally 0.5 cm to 1 cm wide. The leaves have a dentate margin. The submerged leaf form is less rigid and bigger in size as compared to the emergent leaf form. The leaves are green with a purple underside, under high light conditions, the submerged leaves turn red. The leaves have a rounded clasping base, while the tip is pointed. The leaves have jagged margins. They are also smooth to the touch, thin, and pliable with finely serrated edges.

Rice paddy herb bears white, blue-purple, or pink flowers which are borne solitarily or appear in whorls in inflorescences. Flowers arise singly in leaf axils or in racemes at branch-ends or in leaf-axils and have long and extremely thin pedicels that measure anything between 1 cm and 1.5 cm. The calyx is glandular, roughly 4-6 mm in length, hairless or glandular velvet-hairy, and divided into sections that are lanceolate. The corolla measures 10.5-13.5 mm in length, pale pink, outside finely glandular, inside densely villous, posterior lobe emarginate, posterior stamens 2.5 mm long, villous, anterior stamens 4 mm long, glabrous. Flower-stalks are 0.5-2 cm, hairless or glandular. Bracteoles are linear to linear-lance shaped, about 1.5-2 mm long. Flowering normally takes place in between March-December.

Fertile flowers are followed by broadly ellipsoid, compressed capsules about 5-6 mm long with pointed tips. They are initially green turning to brown as they mature. Rice paddy herb is one of the many culinary herbs used only or pre­dominantly in Viet­namese cuisine. The flavor of rice paddy herb goes well with mild Vietnamese curries, like chicken curry.

Rice paddy herb is native to tropical and subtropical regions of Southeast Asia and has been growing wild since ancient times. The plants have an affinity for humid, warm temperatures and are mostly found in moist soil, swamplands, and areas with still water, such as rice paddy fields. Over time, it was introduced into Northern Australia and was also brought to North America in the 1970s by Vietnamese refugees from the Vietnam War. Today it is cultivated and found growing wild in India, China, Vietnam, Thailand, Sri Lanka, and Cambodia, and the plants are grown in specialized conditions in Japan, Australia, Europe, and the United States for sale at Asian markets and distributors.

Rice paddy herb has a few different types which are commonly available. As a species, Rice paddy herb is prone to variations which don’t warrant a separate species designation. Some of these variations have commercial appeal and are available from various aquarium plant suppliers. These types are best thought of as cultivars of Rice paddy herb. Here are some of the common types you’ll find for sale.

Limnophila Aromatica Mini features light green foliage which keeps its color even in moderate lighting. This type is ideal for foreground or mid ground use. Use this variety when you’re looking to grow a thick carpet across wide areas of an aquarium. This plant needs bright light, nutrients, added Co2 to grow its best. Still rare, it can be difficult to find this type in local fish stores, but it can be bought from online sources. 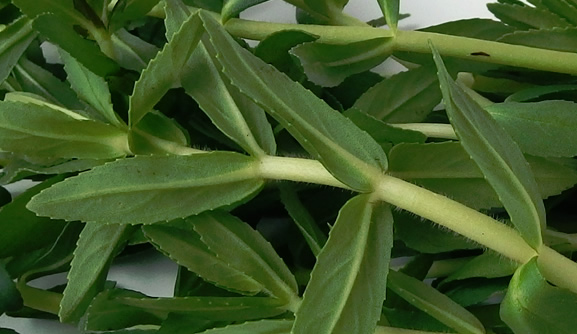 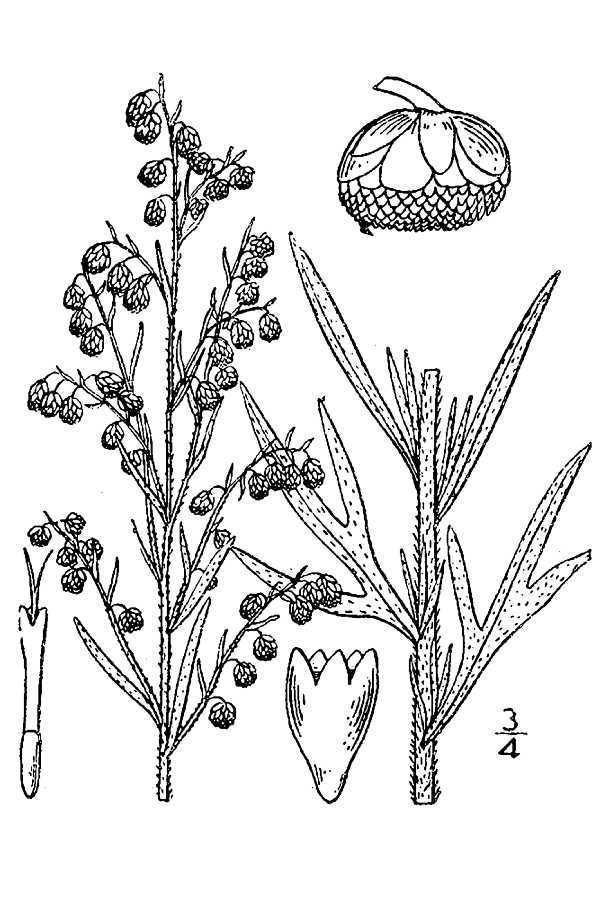 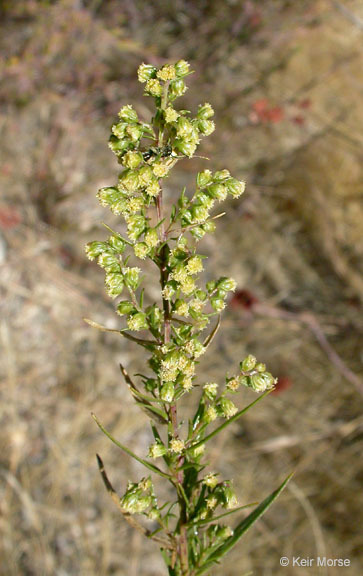 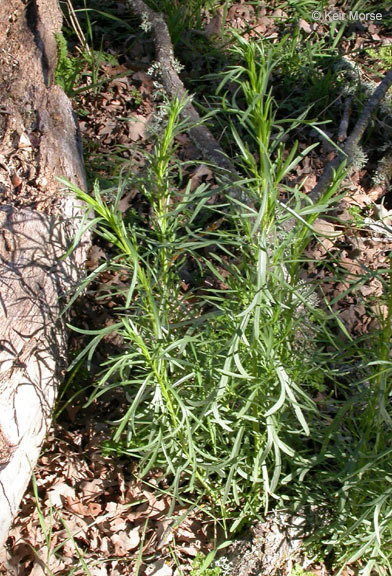 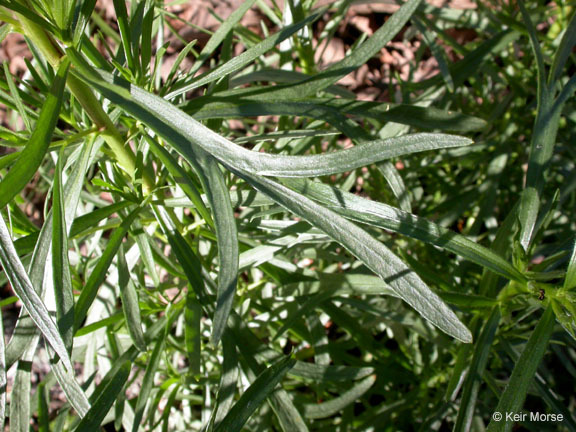 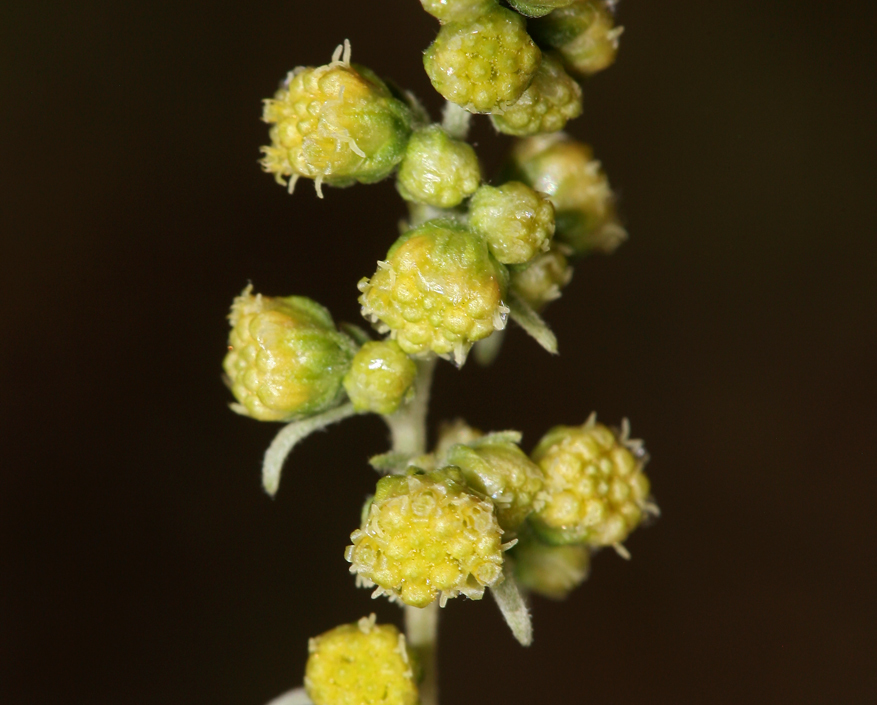 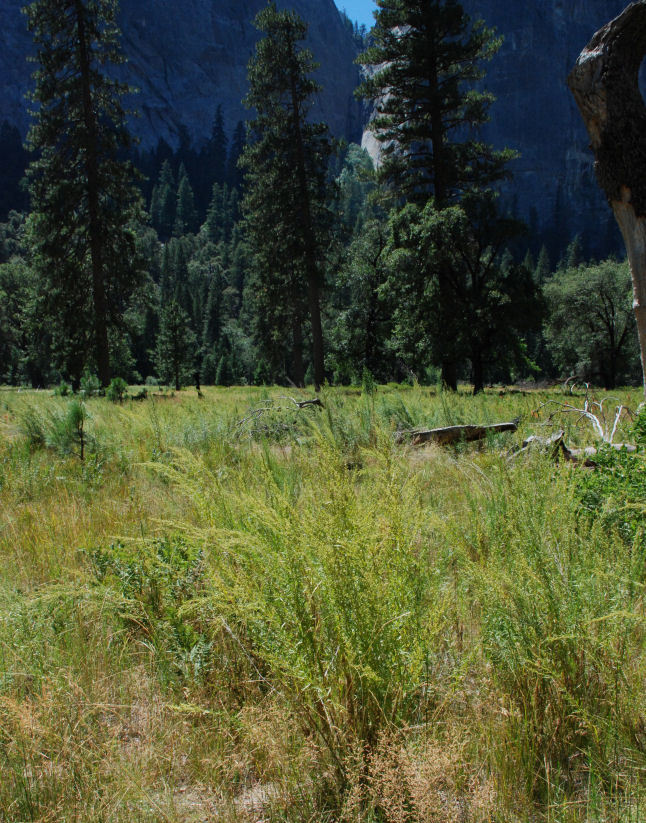 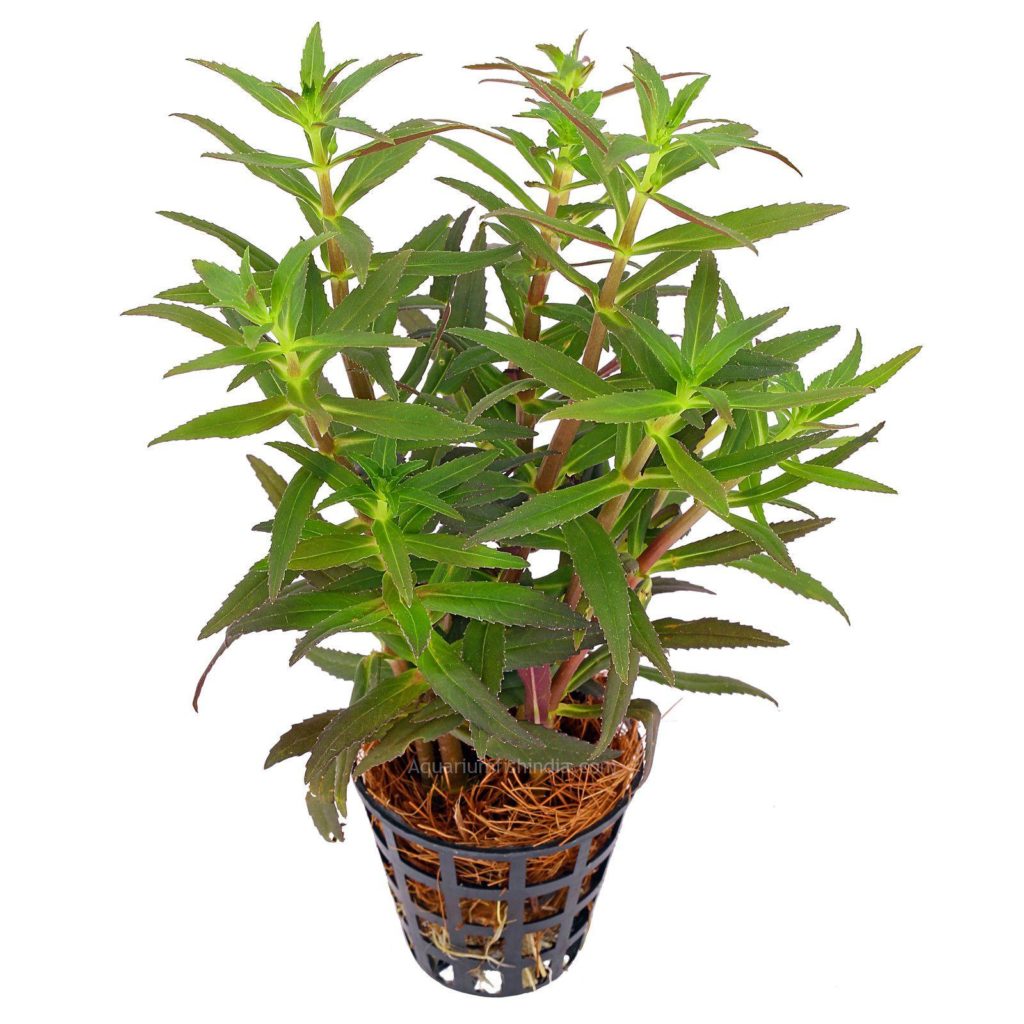 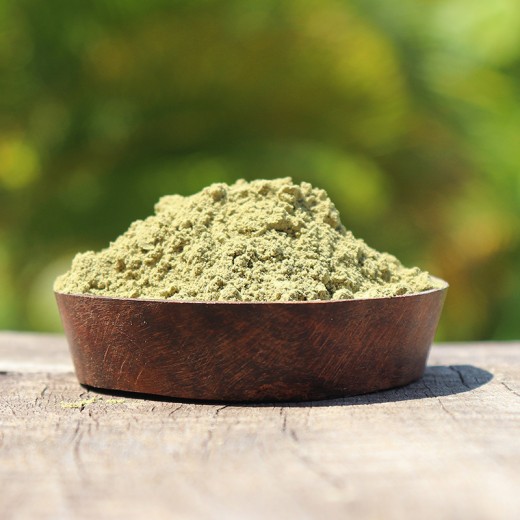 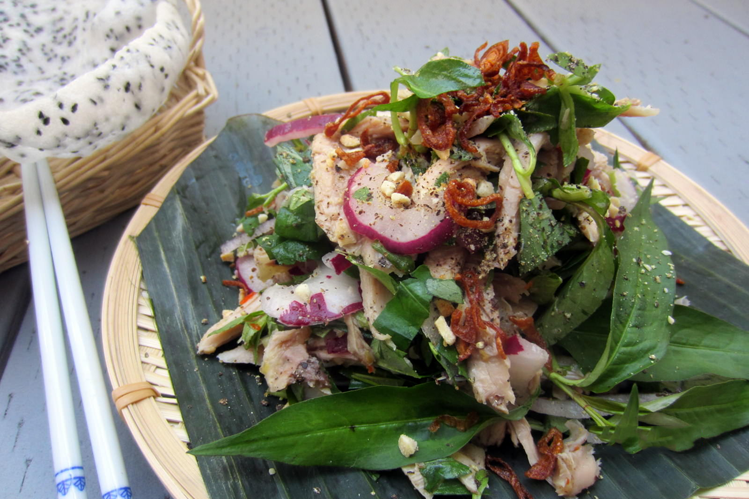 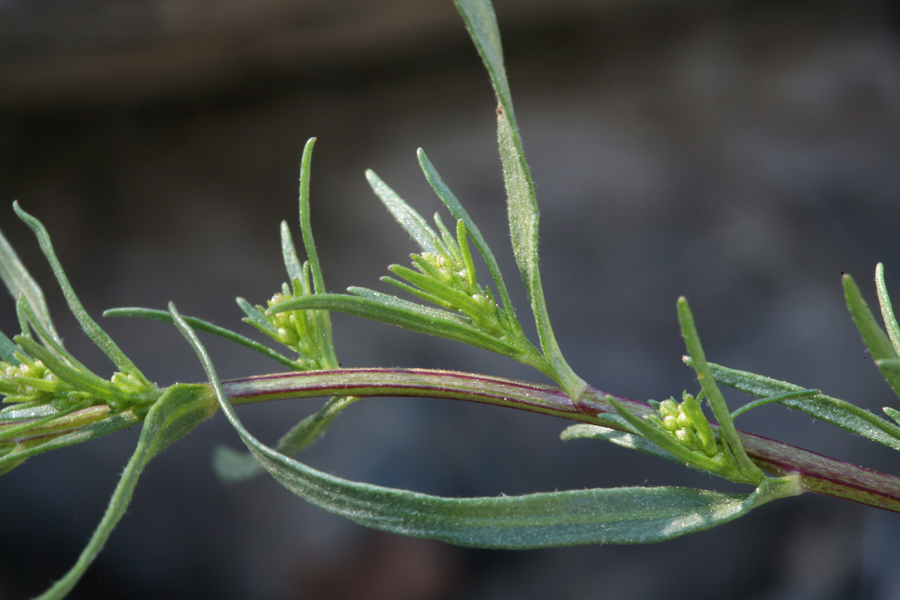 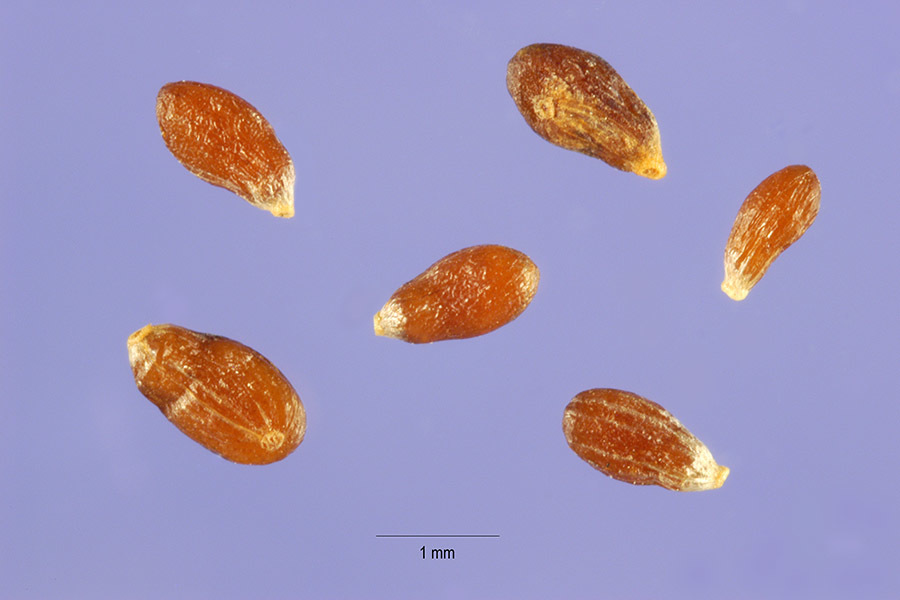 Rice paddy herb has been known to contain expectorant properties and hence it is an effective cure against numerous respiratory issues such as cold and cough.

Rice paddy herb has been known to contain certain compounds which tend to sooth the nerves and hence allow you to calm down the levels of tension.

Rice paddy herb has been known to be effective for pregnant women as it tends to improve the milk formation while at the same time improve the taste of same.

Rice paddy herb has been known to be effective in treating inflammation as well as infections caused due to wounds and injuries. It tends to have healing effect and can cause speedier recovery. 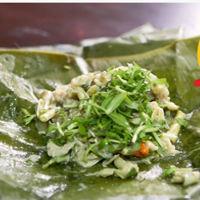 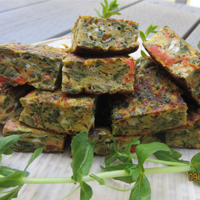