Trending
You are at:Home»supplement»Risks and benefits of sports supplement 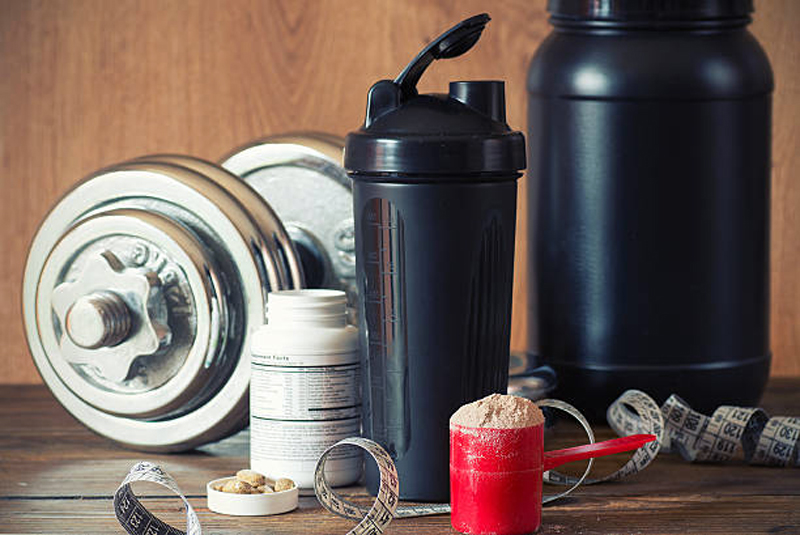 You may read claims for sports supplements that say they can add muscle mass, make muscles work more efficiently, or improve athletic performance. Although some supplements may have these short term benefits, they may also cause short and long term health problems. For many of these drugs, researchers don’t yet know what the long term risks are of these drugs. Read more about some of these drugs and the known and unknown risks of their use.

These are manmade drugs that mimic male sex hormones. Steroids can help the body make muscle tissue, reduce muscle damage after exercising, and enhance male features. In the past, steroids were only used only by athletes, but in recent years, steroid use by non-athletes has become more common. Now, an increasing number of anabolic steroid users simply want to “look good” which to many people means being big and muscular. Although these drugs have medical uses, such as treating delayed puberty, some types of impotence, and wasting of the body caused by HIV infection or other diseases, when abused, anabolic steroids have these serious health consequences:

Creatine is a substance made by the liver and also found in certain foods, like meat. It helps release energy into the muscles. Creatine may help athletes enhance their performance by providing quick energy during high intensity exercise, like sprinting. It can also help athletes recover faster after these activities. However, Creatine may cause these health problems:

Safety information about taking Creatine is lacking, and the long term effects of Creatine use are unknown. There is no government regulation of Creatine. So there is no guarantee about the purity or safety of this drug.

Ephedra, also called Ma Huang, is a naturally occurring substance derived from botanicals. It is a stimulant has been promoted for boosting sports performance and energy. However, ephedra can cause rapid or irregular heartbeats, high blood pressure, nerve damage, stroke, and memory loss. It has also caused death. In addition, using ephedra with caffeine, even drinking soda, can worsen its medical risks.

It may be particularly dangerous for kids and adolescents, since ephedra can impair the body’s ability to cool itself, and raise the risk for heat-related sickness during exercise. Young people don’t sweat as much as adults, so they don’t have the same ability to adjust their body temperatures while exercising.

On April 12, 2004, the Food and Drug Administration (FDA) banned the sale of dietary supplements containing ephedra. On April 14, 2005, a federal judge ruled against the FDA ban of ephedra. The judge said that ephedra is wrongly regulated by the FDA, because it is treated as a drug and not a food. With all drugs, the FDA requires the manufacturer prove the drug is safe. For other dietary supplements, which are regulated as foods, the FDA has to prove the drugs are harmful in order to ban them. Now, the FDA can’t stop the manufacturer from selling supplements containing ephedra.

Caffeine is a stimulant found in soda, coffee, chocolate, and other foods. There are also pills and suppositories that are made of pure caffeine. Reports have suggested that a higher dose of pure caffeine (not from a drink) before exercising improves performance during prolonged endurance exercise and short-term intense exercise.

However, most studies of caffeine have taken place in laboratories, and not real-life sports events. Side effects of caffeine include anxiety, jitters, problems focusing, stomach problems, trouble sleeping, irritability, and in high doses, heart arrhythmias and mild hallucinations.

Vitamin and mineral deficiencies among athletes are uncommon. For these athletes, there is no benefit to taking vitamin and mineral supplements it will not improve athletic performance. Only athletes with a deficiency in a certain vitamin or mineral will benefit from taking a supplement. Athletes without a vitamin or mineral deficiency who take certain supplements may experience harmful health effects.

Athletes can meet their protein requirements through diet alone, without taking protein or amino acid supplements. Foods such as fish, meat, eggs, and milk are rich in essential amino acids. Taking massive single doses of protein to accelerate muscle growth doesn’t work. Foods such as milk, yogurt, or an energy bar with at least 10 grams of protein can help an athlete repair muscles after a hard workout. Excessive amounts of protein could cause dehydration, stomach upset, and kidney problems.

Andro is a hormone that naturally occurs in the body. The body converts it to testosterone, which builds muscles and creates male features. Athletes use andro in strength supports, like football. However, if the body has too much androgen, it shuts down its own production of testosterone. Also, it carries many of the same risks as steroids, including stunted growth in adolescents, high blood pressure, heart and liver problems, excess body hair, and shrunken testicles.

In March 2004, the FDA sent warning letters to 23 firms to stop their distribution of dietary supplements that contain androstenedione. FDA will determine whether further actions are necessary if firms refuse to stop distribution of these products. In addition, Congressional leaders are pursuing legislation to classify andro containing products as a controlled substance. This legislation would enable the U.S. Drug Enforcement Agency (DEA) to regulate these types of products as anabolic steroids under the Controlled Substances Act.

Supplements and drugs can interact

For example, ginseng can increase the stimulant effects of caffeine, found in coffee, tea, and soda. It can also lower blood sugar levels, creating the possibility of problems when used with diabetes drugs.

“Natural” does not always mean safe or without harmful effects.

The FDA regulates supplements as foods rather than drugs.

What’s in the bottle doesn’t always match what’s on the label.

A supplement might not contain the ingredients on the label; contain higher or lower amounts of the active ingredient; or be contaminated.

If you decide to take supplements, follow these tips from the Gatorade Sports Science Institute on how to select supplements. The supplement should: