Trending
You are at:Home»Vegetables»Nutrition and facts of Russet Potatoes 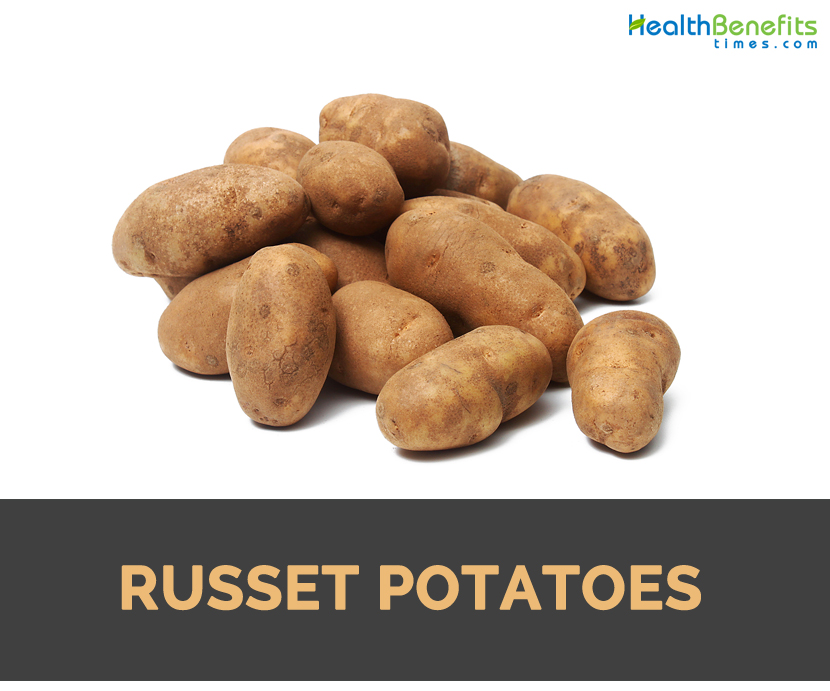 Russet potato is a type of large potato which is usually oblong in shape with few eyes and dark brown skin. This potato is widely grown in North America. It has white flesh which is really dry and mealy that makes it suitable for baking, mashing and French fries. In United States, it is also known as Idaho potatoes. Sometimes it is known as baking potato or old potato. There are two varieties of Russet potatoes: Russet Burbank and Russet Norkotah. Russet Burbank is oblong in shape with light brown skin. It has white flesh that bakes up light and fluffy.

In order to upgrade the disease resistance of Irish potatoes, Luther Burbank selected potato which is known as Russet Burbank. It was not patented as the potatoes propagated from tubers were not authorized patents in United States.