Trending
You are at:Home»Facts»Shaken, Not Stirred: The Legacy of the James Bond Martini 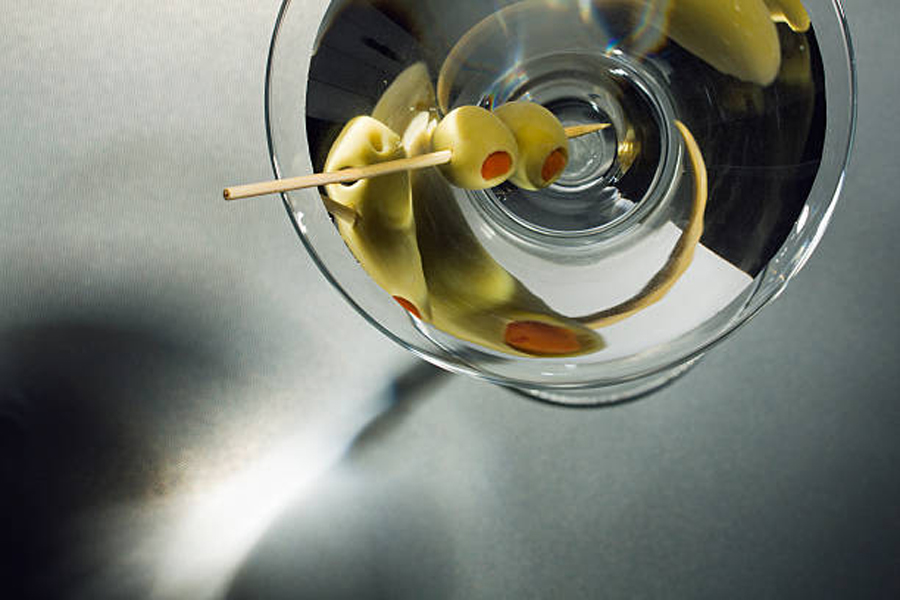 A drink order with the accompanying phrase “shaken, not stirred” is undoubtedly one of the most iconic repeating elements of the James Bond film franchise. From James Bond’s first appearance in Ian Fleming’s 1953 novel “Casino Royale” to the newest addition of the James Bond movies, there’s always been a well-timed moment for ordering an iconic vodka martini. Looking to enjoy a drink in DC? The best bar on U Street offers a range of cocktails, beers, and wines that match everyone’s taste and will set the stage for an iconic night out on the town. Without further ado, let’s dive into the legacy of 007’s favorite drink.

The first of James Bond’s iconic drink orders comes from Ian Fleming’s “Casino Royale,” which was first released in 1953 in the early stages of the Cold War. The book featured a stakes baccarat game where the secret agent’s stake at the table was paid for by the beautiful Vesper Lynd, who later in the story turns out to be a double agent. The martini that 007 orders in the novel is named for this iconic character, with a complex mixture featuring both vodka and gin.

While the Vesper martini is undeniably iconic, it’s actually not the primary drink of choice for James Bond in every film. However, the drink’s presence in the first novel and in the 2006 and 2008 films “Casino Royale” and “Quantum of Solace” makes it a drink that every James Bond fan should enjoy at least once. Fair warning- it’s significantly more alcoholic than your average cocktail, with an ABV relatively close to 40%, depending on the ingredients you use to make yours.

The Vesper Martini from “Casino Royale” features a mixture of Gordan’s Gin, vodka, and Kina Lilette, with an accent of lemon. To make this drink in exact accordance with the novel and film, you’ll of course need to shake the beverage rather than stir it. The quality of Gordan’s Gin you’re working with may vary significantly because the bottles you’ll find in the United States aren’t quite the same as the products on offer in the United Kingdom.

Kina Lilette, unfortunately, is an ingredient that’s no longer in production, so you’ll need to find an adequate substitute. Lilette Blanc is one of the most common choices, but it’s not necessarily the best because it alters the taste. Cocchi Americano is an option that offers a more similar taste to Kina Lilette because it contains quinine. Dry vermouth is also a solid choice. Make sure your glass is iced before serving.

While Bond is first seen enjoying a vodka martini in 1962’s “Dr. No,” he didn’t actually order the drink in his first few films. In the 1964 film “Goldfinger,” Sean Connery’s James Bond first ordered the classic vodka martini on screen, which became a staple moment for all the films to follow. The phrase “shaken, not stirred” was labeled as one of the most iconic lines in all of film history, according to the American Film Institute’s official “100 Years…100 Movie Quotes” ranking. This drink itself features a slightly different mix of ingredients, making it more similar to the classic martini.

While the request for a vodka martini has stayed the same throughout the years, each movie features a slightly different variation of the drink. In 2015’s “Spectre,” Bond’s companion Madeleine Swan requests “vodka martini, dirty.” In the 1977 film “The Spy Who Loved Me,” KGB agent Anya Amasova orders the drink on Bond’s behalf. Regardless of the differences in the way it has been ordered, a few elements of the drink have stayed the same over the years. Like the Vesper Martini, the drink is always served chilled.

In 2006, “Casino Royale” took fans back to the origins of Bond, including information about his first major assignment and his first two kills that qualify him for the iconic “license to kill.” In this film, viewers also saw the return of the classic Vesper Martini, ordered in perfect form by Daniel Craig’s Bond, while in the midst of a multi-million dollar game of cards. Later in the movie, however, he shakes up the script when the bartender asks for his preference between shaken and stirred, and he replies with an offhanded “do I look like I give a damn.”

In the most recent iteration of Bond, the iconic pair of Vodka martinis is served in the midst of a Spectre meeting in Cuba, where Bond and Paloma (Ana De Armas) are investigating the actions of Blofeld and his associates. While the moment is a brief one (sped along by a couple of “vamos!”), it continues the tradition of including a shoutout to the iconic vodka martini in each film.

The Perfect Spot to Enjoy a James Bond Martini

There are plenty of iconic 007 filming locations were ordering a vodka martini is a fun, albeit touristy activity for fans. However, there are few locations where you’ll enjoy the drink more than at Duke’s in London, which is a high-end hotel bar that’s famous for being one of Ian Fleming’s favorite spots. While the destination is more connected with the books than the films, it’s a fantastic place to visit- just make sure to dress accordingly.

If you can’t make it over to London, there are sure to be a few rooftop bars and watering holes in your local area that offer this drink, along with a chance for a fun night out on the town. Alternatively, you can always mix up the drink at home.