Trending
You are at:Home»Facts»Starting at the Beginning

CBD is also known as cannabidiol, which is one of well over 100 cannabinoid compounds found in plants of the cannabis family. Cannabinoids simply have certain molecular properties that classify them all into one group and are found largely in the leaves and stems of cannabis plants. 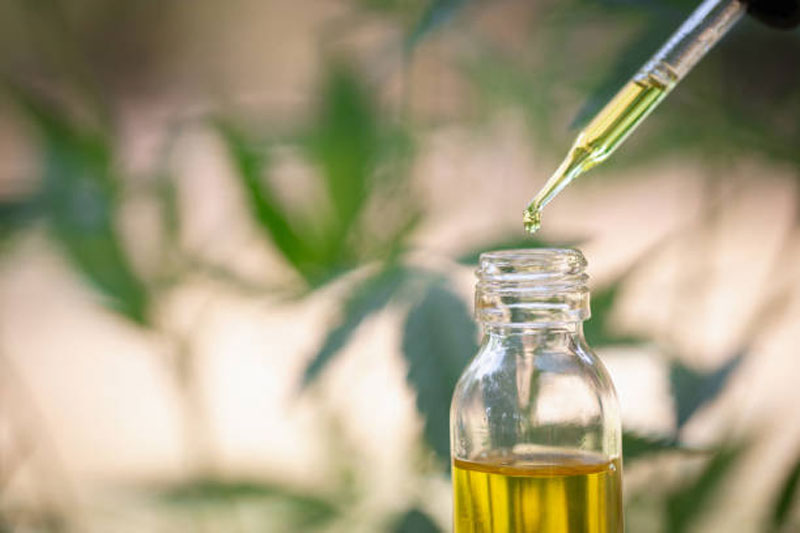 Cannabis plants are not all the same. The two primary cannabis plants that humans use are Cannabis Sativa – used for cultivation of medical marijuana for its coveted high levels of THC – and Hemp. Hemp is used for industrial purposes such as textiles and paper goods. Hemp is also used to extract CBD oil from because it isn’t high in THC.

THC is also a cannabinoid compound that is found in both of these plants, but it is different than CBD. THC stands for tetrahydrocannabinol and it is classified as a psychoactive compound. It impacts the brain function and can inhibit cognitive function, as well as cause hallucinations.

For reasons of legality, as well as not being impaired mentally, CBD oil from hemp has become popular because (1) it is available nationwide thanks to the 2018 Farm Bill, and (2) it can be used for the therapeutic reasons that medical marijuana is also used but isn’t available everywhere like Vitaleaf organic hemp products are.

What Can CBD Help Me With?

CBD is known to be rich in antioxidants which combat free-radicals in the body. These free-radicals are suspected to be one of the leading suspects in causing cancer. Unfortunately, they are formed from oxidation which is a by-product of aging cells that break-down.

Oxidation happens with age and it can happen prematurely. When you eat a diet rich in antioxidants you will look younger longer because your skin cells will retain health for longer. Your internal cells, meaning all of your internal organs, will also stay more youthful.

It is also known that CBD helps with nausea and has been a relief for those who experience extreme nausea related to cancer treatment, particularly chemotherapy. Some patients develop lesions and scar tissue which also cause pain, and this can be eased with CBD oils for pain.

The ability to reduce seizure activity for those with epilepsy has been widely documented. In fact, CBD was so successful at reducing seizure activity that the FDA has even approved a drug called Epidiolex to be prescribed to these people. Cannabidiol is the active ingredient in the drug and this was a huge event as it was the very first time cannabidiol was approved in a drug by the FDA. Scientists are working on other uses for the compound and the sky may be the limit.

Those afflicted with this condition have tremors that cause jerking movements that can become so severe that even trying to hold a cup and drink from it are impossible. CBD has shown an ability to lessen the severity of these tremors to help Parkinson’s patients be able to do more things for themselves and live as closely to a normal life as they can.

By keeping the worst of the symptoms at bay, people can live more independently for far longer than before. Even the actor, Michael J. Fox used CBD oil for his illness long before it was common.

CBD receptors are primarily located in the gut region of the body. This is why CBD helps to alleviate nausea. It also has been shown to work as a natural remedy for those with Crohn’s and IBS; it helps lesson the stomach cramps, diarrhea, and overall gastrointestinal upset that people are plagued with when they have this auto-immune disease.

Living with Crohn’s disease can mean a life of unknowns. You are never going to know in advance if you will be able to attend an event or spend the day running to a bathroom. CBD use has helped many people live with their conditions more comfortably.

CBD will also interact with the systems in the body that produce Serotonin. This hormone is responsible for maintaining a good mood. Low serotonin levels can result in depression, bipolar syndrome, or even cause symptoms of schizophrenia. By boosting levels of serotonin, CBD can help bring moods back on track.

Another huge benefit in using CBD oil for mental health issues is that it begins working immediately whereas prescriptions may take up to 5 weeks to become viable in the body. Many people simply don’t have that sort of time when they are severely depressed. Vitaleaf organic hemp product can start helping you the day they arrive in your mailbox.

We all know that suicide is too common in those who are severely depressed. Time is of the essence.

This is a partial list of things that CBD will help and the process by which it helps is ultimately remarkably simple. It bonds with receptors that are part of the body’s endocannabinoid system. This forms a lipid that moves into the neural network where it blocks signals that are trying to reach the brain.

Think of it like that secretary that will not let you in to see the owner of the company you’ve been trying to get an interview with for years. She blocks your attempts and he never even knew you were there. It works the same way. Pain is blocked. Triggers are blocked. Negative thought patterns? Blocked. So simple yet totally amazing.