Trending
You are at:Home»Facts»Suffering from Lyme disease? Let Herbal therapies cure it 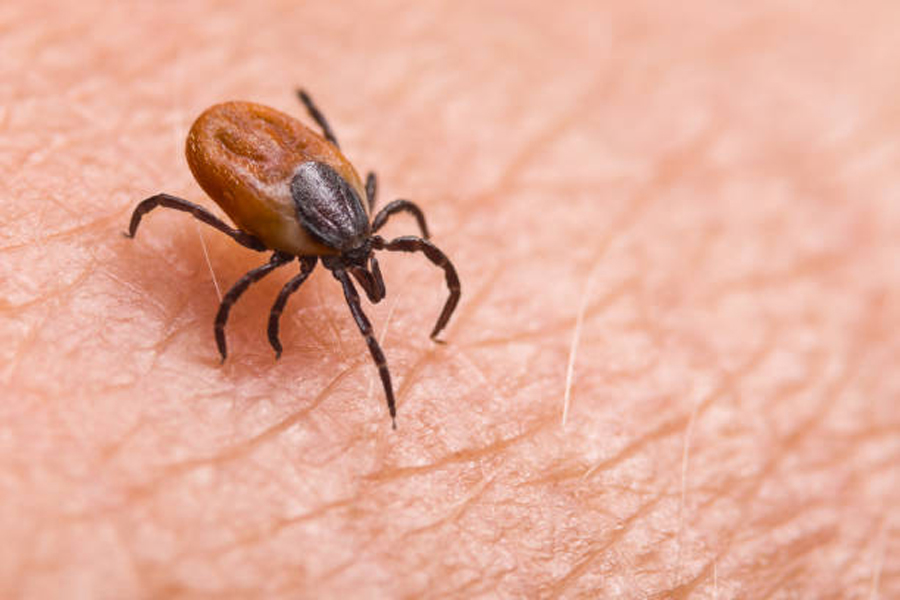 Lyme disease is an emerging health risk transmitted via tick bites. When a black-legged tick or deer tick bites and is attached to the body for nearly 36 to 48 years, it can lead to Lyme disease. If you pull out the tick within 48 hours, the proneness of getting an infection reduces. But if you do not do so, then the bacteria travels through the blood and affects existing tissues in the body.

But how much can one trust antibiotics? Are they truly effective in eradicating all signs of B.burgdorferi from the body? Can the disease still float in the human system? Yes, the disease can persist in the human body even after being on regular antibiotics. This is because the bacterial cells tend to develop antibiotic resistance that boosts the existence of bacteria.

Researchers have shown that herbal therapies are successful and used by various medicinal systems for better Lyme Disease treatment. Even after antibiotic treatment, Burgdorferi can persist for people diagnosed with Lyme disease and develop symptoms six months to several years after therapy. Thus, patients are shifting to herbal medicines to fill the treatment gaps made by antibiotics.

Herbal therapies for Lyme disease and its coinfections

It can be crucial for clinicians to understand which herbal treatment has the best potential to heal Lyme disease. According to Research and Lab studies, seven herbal medicines can kill B. Burgdorferi listed below.

Of all the above-listed herbs, Cryptolepis sanguinolenta led to complete eradication or had better activity against B. Burgdorferi than antibiotic or antimicrobial medications like doxycycline and cefuroxime 0.25%-0.5% better results in stationary phase. It is considered a helpful herb as it is not just used for Lyme disease but is also believed to treat malaria and babesia, a malaria-like parasite.

While they have successful studies, other plants like black walnut, cat’s claw, sweet wormwood, and more are still in question whether they will work for Lyme treatment. There exists only first convincing evidence for cryptolepis, black walnut, sweet wormwood, cat’s claw, and Japanese knotweed that show positive results against Lyme disease, which is higher than antibiotics.

Other compounds like African Christmas bush, Chinese skullcap, and a few more need to go through in-vitro and animal models and be considered for clinical trials. It is crucial to test them directly from the patient’s point of view, as each may have the potential to produce side effects in patients.

There are observations that Ghanaian Quinine and Japanese knotweed extracts prevent the proliferation of freely swimming bacteria, even in concentrations as low as 0.03-0.5%. These two herbal plants kill the entire microcolony of Lyme disease-causing bacteria.

Just one 7-day treatment eradicated the bacterium that is often left swimming in laboratory dishes with these herbal extracts. Not only that, but it also prevents the bacteria from returning. In contrast, other extracts like ashwagandha, green chiretta, stevia, and grapefruit seeds produced insignificant results.

Other than herbal therapies, there are multiple ways by which natural therapy can reduce the effect of Lyme disease. Natural Therapies like Oils, Naturopathic treatment, Acupuncture, and Bee Venom are a few ways to treat Lyme disease.

Buhner protocol is developed by the renown American phytotherapist Stephen Harrod Buhner. This is the most widely known herbal protocol for treatment of Lyme disease and its coinfections.

The Cowden protocol was developed by Dr. Lee Cowden. The Cowden Protocol uses 14 different products which are taken for 9 months.

Oils of cinnamon bark, clove bud, and oregano have shown strong reactions against Lyme disease and work more effectively. They have antibacterial activities and reduce the symptoms. Essential oils convey a promising treatment, yet they need clinical trials to prove their effectiveness in humans.

A naturopathic practitioner will follow the whole-body approach and check your diet, lifestyle and environment alongside medical conditions to reach a treatment plan. Guides with licences use antibiotics with naturopathy, while some may not. It will be a blend of nutrition and lifestyle counselling, including supplements to satisfy your needs and cure symptoms of Lyme disease.

Lyme disease treatment involves a lengthy procedure and medication. It has several treatments based upon research, while a few are still being tested. To know more about the symptoms, diagnostics, natural therapies, protocols, supplementation and more, read through us, and you are in for a piece of comprehensive knowledge about the same.

Plant/Herbal therapies can prove to be successful in curing Lyme disease and its coinfection like Babesia, Bartonella, Chlamydia, etc. But current findings in animals and humans are necessary to promise herbal remedies efficacy and protection.

Further studies and research would be required to provide more accurate results and evaluate the botanical medicines. Before that, patients should not attempt to self-treat with medicinal herbs as they can have harmful side effects and have no clinical trials. One should always consult their physician/concerned doctor before adopting a therapy. You can find a wide range of herbs which have application in Lyme disease and its coinfections on lymeherbs website.

Share. Twitter Facebook Google+ Pinterest LinkedIn Tumblr Email
Previous ArticleHealth benefits of Lion’s Mane Mushroom: How to use this superfood
Next Article Nursing home abuse: How to bring justice to your elderly loved one