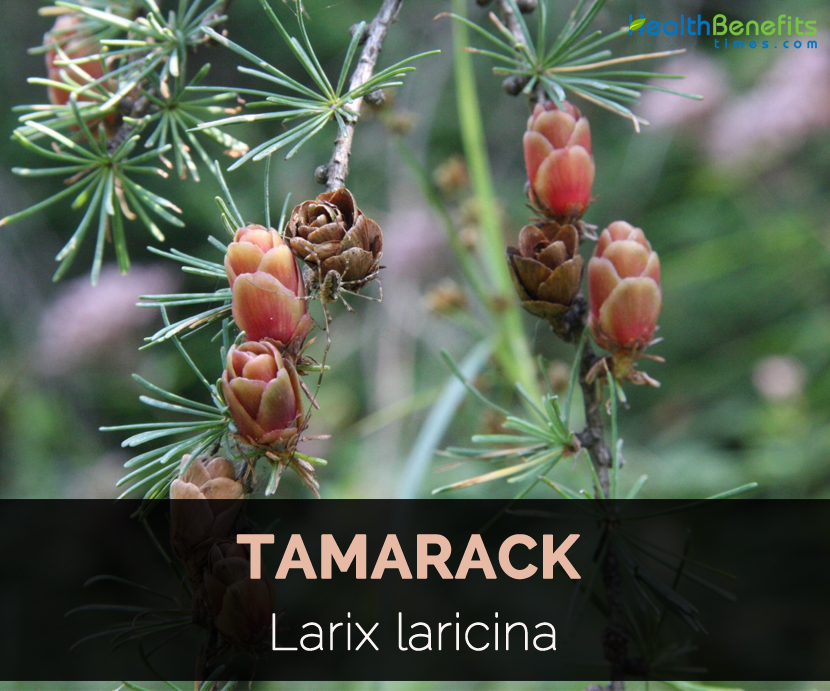 Larch, the common name of a small genus (Larix) of medium-sized coniferous trees of the pine family (Pinaceae). They differ from other genera in being deciduous and in bearing short, green needle-like leaves on dwarf and long shoots. The spruce-like, erect cones with thin, persistent scales and long, accuminate bracts mature in one season. Most species are 40–80 ft. high except when growing near the timberline. Of the ten species now recognized, American larch (L. americana), also known as Black larch, or Tamarack, is the most common in the eastern United States and Canada extending west to the Rocky Mountains and north-west to the Yukon River in Alaska, where it is sometimes called L. alaskensis: growing in the southern parts of this area in swamps and sphagnum bogs. The gummy sap that seeps from the tree has a very good flavour when chewed.
Tamarack Image Gallery 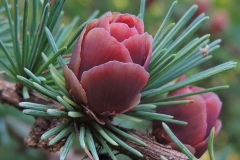 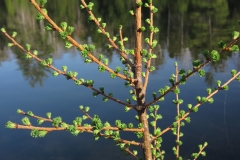 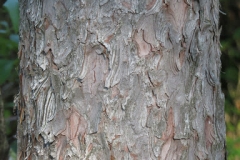 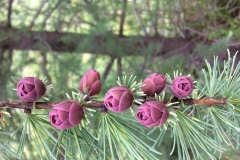 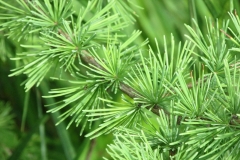 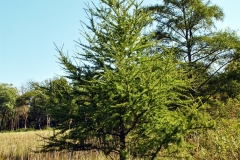 Tamarack trees reaches to the height of 20 meters tall with straight, slender trunk and narrow, open and pyramidal crown which occupies one third to one half the bole length. Branches are whorled, horizontal or slightly ascending. Bark of young trees is smooth, gray becoming reddish brown and scaly. Leaves are needlelike, deciduous, pale blue-green, 1-2 cm long forming in clusters on short shoots or singly along the long shoots prominent on twigs two years or more old. Seed cones are upright and 1-2 cm long. Seeds are winged and 2-3 mm long.

Because of its astringent and gently stimulating qualities the inner bark is especially useful for melancholy, often caused by the enlarged, sluggish, hardened, condition of the liver and spleen with inactivates various other functions of the metabolism. For domestic use in emergencies, or long-standing bleeding of any kind, in lungs, stomach, bowels, or too profuse menstruation. Also for diarrhoea, rheumatism, bronchitis, asthma and poisonous insect bites. J. Kloss in “Back to Eden”, recommends the weak tea as an eye wash and the warm tea dropped in the ear to relieve earache. A decoction of the bark, combined with Spearmint (Mentha viridis), Juniper (Juniperus communis), Horse radish (Cochlearia armoracia), and taken in wineglassful doses has proven valuable in dropsy.

As a tea, 1 teaspoonful of the inner bark to 1 cupful of boiling water; steep 30 min.

As a wash used to cleanse ulcerated sores of long standing, if the condition has progressed to the bone, combine with Comfrey (Symphytum officinale) fresh or dried (taken internally too). As a poultice, dress often and continue until new skin seals the areas. Also used for haemorrhoids as a salve, or sitz-bath.

Listvennitza Sibirsky, Larix iberia (Tamarack), grows 150 ft. tall in Siberia and the far east. The very wide branching tree is one of the most beautiful and magnificent to adorn their countryside. Turpentine of Larix, known in Russia as venetian terpentain, is one of the by-products.

The oil in compound is used for rheumatism, neuralgia, gout; new twigs and bark made into an antibiotic and antiseptic is used as an inhalant steam for catarrh of the lungs, abscesses, gangrene of the lungs, throat, bronchitis. Also of help to kidney and bladder.

Inner bark can be scraped, dried and ground into a meal to be mixed with other flours.