Trending
You are at:Home»Facts»The 9 Worst Alcoholic Drinks for Your Health 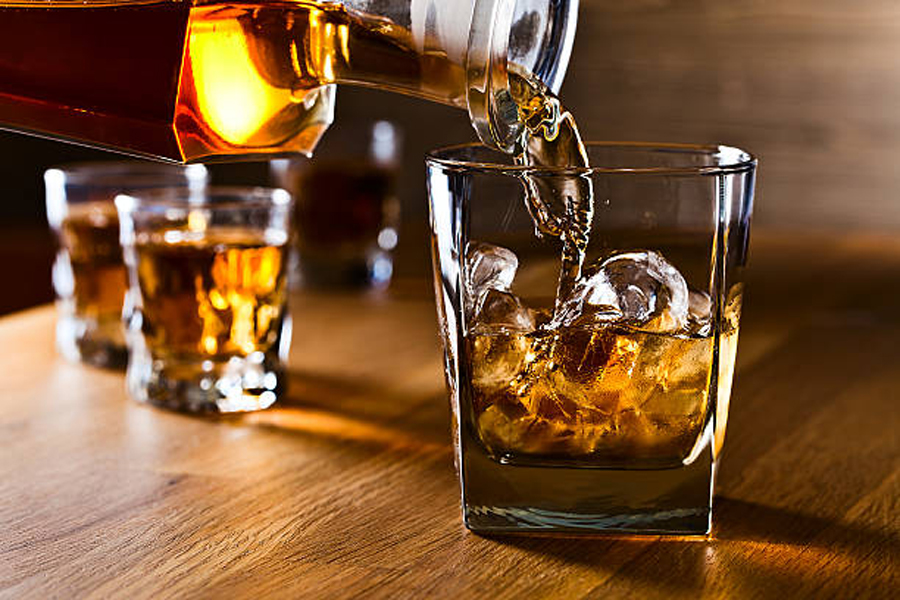 It’s no surprise that alcohol is bad for you. We’ve known this for a long time. Drinking alcohol can lead to a host of chronic diseases, not to mention high blood pressure, heart disease, digestive problems, and various forms of cancer.

On top of that, alcohol can lead to addiction and impaired senses. If you’re not careful, you could end up with a DUI (driving under the influence) and need a good criminal defense lawyer. But some alcoholic beverages are worse for you than others. So here are the seven most unhealthy alcoholic drinks out there:

Piña coladas originally came from Puerto Rico. Hence, their Spanish name and tropical ingredients. They contain coconut milk, coconut cream, pineapple juice, and lemon juice—all mixed with rum. You can count on each drink containing about 40 grams of sugar and a lot of saturated fats from the coconut. Together, the fat, sugar, and alcohol create a triple whammy against your health.

Margaritas and daiquiris are both cocktails made with lime juice, ice, and sometimes fruit juices. The difference between the two lies in the type of alcohol they use. Margaritas use tequila, while daiquiris are made with white rum. On top of the high alcohol content, both contain up to 450 calories and 36 grams of sugar. That’s already your full recommended daily intake for sugar. To lower the amount of sugar, you can mix your own margaritas or daiquiri. But still, it’s best to stay away from them altogether.

Long Island Iced Tea looks a lot like an iced tea from the outside due to its brown color. But it’s actually made from equal parts vodka, rum, tequila, gin, and triple sec. This gives each drink a dangerous 12 oz of alcohol along with a whopping 780 calories from the added cola and more. This is a drink where it’s better to get either an iced tea or regular alcohol—but not both in one.

Though it’s the third most popular drink after water and tea, beer is far from harmless. It’s an alcoholic drink made from fermented grain and flavored with hops. It usually contains under 5% alcohol, but you should aim for 3% or less. Craft beers are typically more expensive and contain more alcohol than light beers. So choose a light beer when you can to minimize the impact on your health.

Some alcohols mix alcohol with energy drinks like Red Bull to make them doubly unhealthy. In other words, they mix a depressant with a stimulant. However, this can be extremely dangerous. An alcoholic energy drink may make the drinker feel more alert and mask the alcohol, causing them to overdrink. This can lead to reckless behavior like driving under the influence and can also permanently damage your brain chemistry.

Though today’s stores mostly sell eggnog without alcohol, eggnog is traditionally an alcoholic beverage. In addition to the alcohol, it contains over 400 calories with lots of saturated fat and cholesterol from the eggs, heavy cream, and milk. You might be tempted to drink eggnog around Christmas time, but do yourself a favor and get the non-alcoholic version, if any.

A mai tai is a tiki cocktail laden with sugary juices like lime juice and orgeat syrup. It also contains rum and Curaçao liqueur. This is definitely a tasty drink, but it comes at a high cost to your wallet and health. If you drink it too often, you’ll start gaining weight without getting any real nutrients.

A white russian is made pretty simply. It’s just equal parts heavy cream, coffee liquor, and vodka. But together, these ingredients will take a major toll on your health. They add up to 590 calories in one drink with 33 grams of sugar and 18 grams of saturated fat. If anything, you should opt for a black russian instead. It’s nearly the same but without the heavy cream (though it’s still pretty bad for you otherwise).

Last on our list, we have mojitos. This is a popular summer cocktail drink that comes from Cuba. Its ingredients include sugar, lime juice, soda water, mint, and white rum. Though they’re not as bad as many of the drinks listed so far, mojitos still contain a lot of sugar, so you want to avoid them if you don’t want to put on weight.

You don’t have to give up alcohol completely, but it’s smart to at least avoid the above drinks. Not only are they terrible for your health, but they can lead to an alcohol addiction that you could have to fight for the rest of your life. Here are a few final tips to follow when you’re at a bar to minimize how much you drink:

Other than that, try to stick with lighter alcohols or none at all. You’ll feel better in the long run. Some of the healthier alcohols include red wine, champagne, tequila, whiskey, and hard kombucha. Most of these have moderate levels of alcohol plus healthy nutrients like antioxidants from their grape and plant ingredients. So now you know which alcoholic drinks to avoid, and you have a few ideas of which to try instead. The key is to notice added ingredients like sugars and fats that take a drink from bad to worse.