Trending
You are at:Home»Facts»The Mental Health Benefits of Playing Guitar 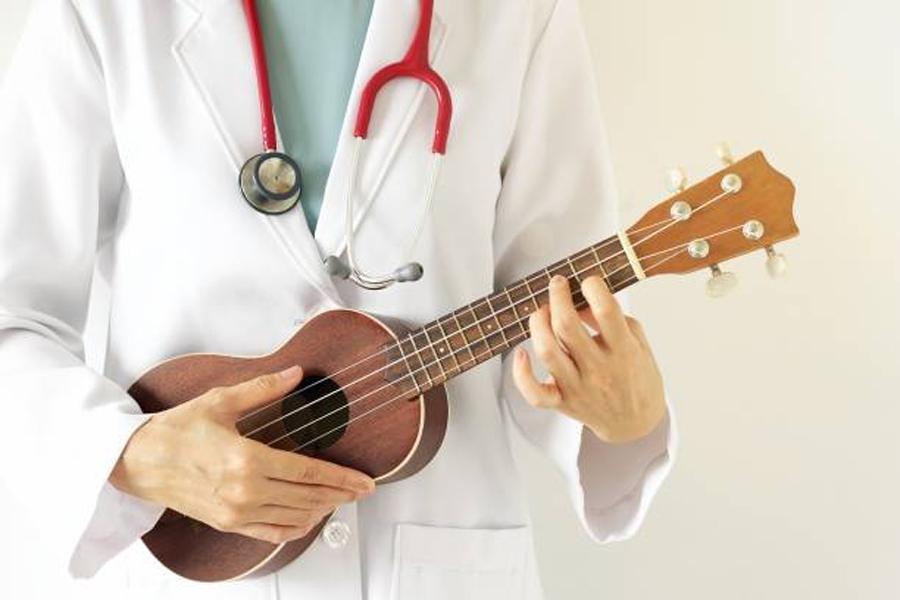 Every day, it seems like another scientific study is completed about the positive effects of playing an instrument. From increased brain activity to reduced stress levels, musicians seem to be able to benefit from music in ways that non-musicians cannot even fathom.

The guitar is one of the most beneficial instruments to play for mental health, and can provide benefits such as stress relief for those who are willing to invest their time into learning how to play.

Let’s take a look at some of the ways that you can unlock these benefits with your own guitar playing.

Scientists have found ample evidence that the guitar comes out ahead by comparing groups of people who played different instruments. The study showed that those who had studied a musical instrument were happier than other groups on average, and among those, guitarists benefited the most.

Scientists from University College London conducted a study using MRI to test brain activity during certain tasks, and found that guitarists, beat boxers and non-musicians reacted differently when listening to various sounds. Guitarists in particular tended to have reactions in the brain areas for hand movement when listening to music, which weren’t present for non musicians. Similarly, beat boxers had activity in the areas of the brain that control the mouth while listening to musical sounds.

Another study done with MRI machines specifically tested the effects of playing an acoustic guitar, and found that it led to increased self-esteem among participants. These participants were all new to taking part in this type of study, so there was little existing knowledge about how playing would affect them physically.

The results found that after just 30-minute session on the guitar, the participants had more positive emotions than they did before. This is likely due to improved coordination between different brain functions as well as decreased depression levels.

Music has long been used in physical and mental rehabilitation for trauma or injury patients. Another such way that the guitar can help is in patients who are regaining the use of their hands, as exercises such as playing scales can help with regaining or improving finger dexterity, as well as of course boosting the person’s self esteem by learning a new skill and finding a creative outlet.

Playing any instrument can have many benefits for mental health. It is difficult for scientists to pinpoint exactly why music has such a profound effect on people though, since their findings are usually very specific. For example, one participant may notice that they feel better about themselves after playing the guitar, but another might gain confidence from singing karaoke. The reason why music can have such a profound effect on people is because it has been so structured and used in human cultures for thousands of years.

One study found through their testing that there was no significant difference between how men and women benefit from playing instruments. Men who take up an instrument often think that it will give them an opportunity to communicate more effectively with other people. Meanwhile, women think that learning to play an instrument gives them a way to express their emotions and feelings more clearly.

Stress relief is another well-known benefit of playing music, whether it’s by oneself or in an ensemble setting. Playing music has been shown to improve mood and reduce anxiety levels when played during stressful situations.

It has even been shown that playing guitar can have potential therapeutic uses when treating stress in particular populations such as college students. The researchers working on this project believe that because playing guitar requires both cognitive and motor skills, people who play guitar can take their mind off of stressful situations and focus on playing the instrument rather than worrying about outside factors.

Playing music has also been shown to improve things like quality of sleep and mental imagery. Those who listen closely to music, whether playing it themselves or simply listening, have reported increased vividness in their mental imagery. This means that such listeners are more able to picture things in their mind, which is caused by different components within music such as tonality and rhythms.

Being able to visualize something clearly is an essential tool for problem-solving and critical thinking, two skills that musicians must use at one point or another during their studying. More importantly though, increased vividness in mental imagery can lead to improved quality of sleep.

Those who are exposed to music before bed typically report better quality of sleep than they would otherwise. Researchers believe that this is caused by how music affects the limbic system, which controls emotions and memories.

There are many other benefits that come with learning guitar, including things like socializing and communication skills. Being able to communicate clearly through both speech and instrument is something that musicians must be capable of doing in order to survive the industry.

Even further than communication skills, playing guitar has been shown to improve creative thinking for those who choose improvisation over written compositions. It’s also possible for an individual to learn new techniques or improve their existing skills through improvisation, as they must constantly adapt to the notes played by those around them. Lastly, playing guitar can be a great way for an individual to meet new people and socialize with others who share common interests as themselves.

All in all, there are several benefits that come with learning how to play the guitar. While they may not seem like much on paper, these things can have a huge impact on people’s quality of life if practiced regularly.

From increased brain activity and vividness of mental imagery to decreased stress and better sleep quality, playing guitar has been shown time and time again to do wonders for mental health. With such positive effects from playing such a small instrument, it’s no surprise that many people love playing the guitar.