Trending
You are at:Home»Health & Beauty»The Most Common Drugs People Use In Addictions

Drug addiction is the more commonly known term for what is also called substance abuse addiction. In recent times, this type of addiction has affected more and more individuals, from young children to even the elderly. It is a global health challenge. In worst cases, this affects the totality of the victim: their mental and physical health, and even their emotional stability. This is, however, curable. 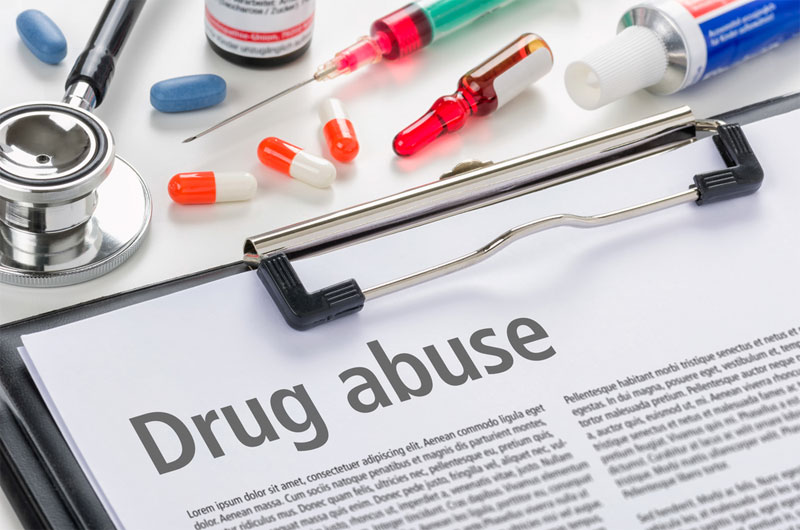 Drug addiction is called substance abuse for a good reason. Most of the common drugs used for addictions aren’t meant to be hazardous. This also is one reason why drug addiction is tough to control and can quickly proliferate. Despite having laws on the prohibition of certain “harmful” drugs, there are some substances that cannot be identified as harmful. When used within the proper limits, most of these substances are even used to treat people, or to manage certain illnesses. The problem starts to arise when these substances are abused.

Like any other health concern, one of the first steps towards a successful cure is in the identification and awareness of these substances. It is here that patients are made aware that they might have, consciously or unconsciously, allowed their bodies to become dependent or addicted to these substances.

That said, here are some of the most commonly abused drug substances globally:

This first substance is also one of the most debated topics in recent years. Many states across America, and other countries, are always on their toes about the legalization of medical (and recreational) marijuana. Without a doubt, cannabis-containing substances have medical purposes that also cannot be denied. For instance, marijuana has been successful in controlling pain in cancer patients, helping children with seizures caused by epilepsy, and even managing anxiety.

But despite these medical advantages, marijuana also stands as one of the most abused drug substances all over the world. Because of the tranquilizing effects that it offers, victims can quickly get hooked without even realizing it. Soon enough, they become addicted.

Signs and symptoms of a possible addiction to Marijuana include:

If used appropriately, marijuana can have positive effects on the body. But when it is used beyond its proper limits, it can lead to long-term adverse effects, such as decreased mental sharpness and poor relationships with family and friends. This pulls victims even further away from their families, as they start to feel detached, or they start to build up negative feelings toward those surrounding them.

According to the NCDAS, or the National Center for Drug Abuse Statistics, opioids are commonly divided into two groups: heroin and opium. In medical use, this was used for morphine, which is a great pain management drug. Collectively, this is known as opioid analgesics. Hospitals around the world still use this for major surgeries. The use of opioids that lead to drug addiction, however, stems from the street use of this substance. What is known as morphine in hospitals is recognized by the following names on the streets: smack, brown sugar, China white, black stuff, and gum.

When abused, heroin and opium get into the body through injection, smoking, and snorting. What makes this substance even more prevalent is the fact that opioids can also be taken simultaneously with over-the-counter medicines such as antihistamine and cough syrups.

When taken in high quantities, opioids have the following health risks:

If any of your family members are going through the following symptoms, it might be a telltale sign of substance abuse:

As to opioids, one of the highest recorded deaths and substance abuse was due to OxyContin overdose. For people who suffer chronic pain, this is often the recourse that is given by doctors. Typical patients include those who have arthritis, injuries, and cancer, and those who need relief from surgery. Because of the pleasing effects that it brings to the patients, many are found to fall into the temptation of misusing this medication. For someone in constant pain, having twelve hours of pain relief is more than enough reason for them to want to use the drug more. The danger with addiction to OxyContin is that the cravings are often uncontrollable.

To make illegal drugs even harder to detect, manufacturers are getting more creative when it comes to how they refer to these drugs. One of these groups is commonly known as K2, Spice, and Bath Salts. These drugs are generally illegal in most states because the chemical components are often unknown. These substances are also known as synthetic cannabinoids and synthetic cathinones.

These drugs come in many forms, such as through tea, or bath salts. As others may claim that these are “natural,” but they aren’t. These substances produce almost the same effects as marijuana, but they are only synthetic and chemically made. Depending on the components, some of these drugs are even mixed with MDMA or ecstasy.

Signs and symptoms of K2, Spice, and Bath Salt addiction include:

Because the chemical components of these substances are often unknown, dangerous side effects can include intoxication and even death.

Stimulants can be grouped into three classifications: cocaine, amphetamine, and methamphetamine. In general, this group of substances is also one of the most commonly abused, particularly on the streets. It is among those that have very high street value, making for a good sale. Cocaine, for instance, consistently holds the record of the most used all over the globe. An alarming 40.6  million people were estimated to have records of cocaine use in 2017. These statistics are alarming. Despite regulations against these drugs, these still found a way to proliferate, even in the hands of young users. Positive health uses for these drugs are unknown, simply because the chemical components of these drugs are intended for recreational use.

Stimulants can be used through smoking, snorting, and even more dangerously, by being injected into the body. In severe cases, health risks are also severe because, sometimes, the chemical components can be altered or are unknown. Examples of these severe effects include:

You can determine that a family member or a friend has stimulant abuse when they exhibit the following signs and symptoms:

This third group of substances is also what is commonly known as antidepressants. Abuse is prevalent with these substances because they are initially used as prescription medicines. Prescription sleeping medications are a part of this group. What is first considered harmless can be fatal once the body becomes over-reliant on this drug. For many, they can no longer relax or sleep without the intake of these Barbiturates or Hypnotics. Common sedatives that are used even in the medical industry include Valium, Xanax, and Klonopin.

Signs and symptoms of abuse with these medications can include:

The alarming use of Benzodiazepines should be enough to scare anyone out of its use. In 2013, over 31% of the prescription drug overdose fatalities in the United States came from Benzodiazepines. This fact is mostly due to its easy access, despite being a prescriptive drug. For those who are addicted, it is so easy to find a way to forge prescriptions or to ask doctor friends to prescribe this medicine, too. Its active sale in the market, because of its medical benefits, make its proliferation around society easier.

This section applies to prescription and over-the-counter medicines. As its term suggests, this group of addictive substances isn’t made to be addictive in the first place. Initially, doctors prescribe these medicines to help relieve you of any health issue that you may be having. However, in recent times, a lot of prescription and over-the-counter medicines are being misused and abused. Remember that there is a reason why these medicines need a prescription. There is also a good reason for the medical limit set, even those that do not need prescriptions: anything beyond the set limit can be dangerous and addictive to the body.

Common examples of these overused medications include cough syrups, antihistamines, and antidiarrheal medications. Codeine is a very mild form of pain reliever that is usually found in cough syrup. It is used to help treat flu and colds. This form of cough syrup ingredient can easily be addictive as it is a sedative. For those who are actively experiencing extreme stress, this is the most accessible form of drug that they can easily purchase. After all, most cough syrups do not even need a prescription to be bought.

Club drugs are those that are commonly referred to as party drugs, or “feel good” drugs. These substances are labeled as such because they are widely used in parties and club events. This is one of the drugs that have mixed effects on people, usually depending on the dose. The dangerous thing is that when you haven’t monitored your intake, you can lose track of how dehydrated your body is. Some sweat profusely, while others have extreme palpitations. When mixed with other drugs, this can be fatal.

Before club drugs were used for recreational purposes, it was actually of beneficial use in the medical industry. Ecstasy, or MDMA, was initially used for the treatment of psychological disorders, such as Post-Traumatic Stress Disorder. Later on, its use in the medical world was discontinued, especially when the abuse started to increase.

Fentanyl is a form of opioid, but it has to be labeled separately. This is due in part to the fact that fentanyl is a synthetic form of opioid. Fentanyl is usually issued as a pain relief for patients who have cancer in its terminal stage. Its effectivity is so strong as it is labeled as being 50 to 100 times stronger than that of morphine. In the medical world, this form of pain relief is even reserved by doctors only for patients who have already become tolerant to opioids. As fentanyl is not easily released even through prescription, many addicts have still found their way to have access to this drug. It is now one of the illicit drugs that are also highly in demand.

Because of this drug’s severe effects on the body, its misuse and abuse can lead to death. What starts as hallucinations lead to bad dreams, and later on, death. Physiological symptoms of fentanyl abuse include:

By description, alcohol isn’t a drug. But because of its extreme effects on your body, it can be classified as a similar effect as drug addiction. Once you get hooked, it is tough to stop. Plus, it also has extreme long-term effects on your body, and even on your mental and psychological well-being. Alcohol abuse is one of the most common forms of substance abuse, particularly for younger generations. Teenagers can quickly get hooked because of peer pressure, and because it starts as mild and recreational. But when mixed with other drugs, that’s where the addiction speeds up.

Just like all other drugs, moderate intake of alcohol supposedly has excellent effects for your body. For instance, whisky and red wine can be very good for your heart. But when taken beyond the toxicity limit, that’s when alcohol addiction also starts to build up in your system. Once you start, you seem to keep craving for more.

Long-term effects of alcohol abuse on your health can include:

One of the common questions that have to be answered regarding drug abuse is this: why do people use drugs? No two answers are alike. Many people use drugs for various purposes. While many are conscious of their decision, others are simply victims of the system of peer pressure. Or perhaps, they never even expect to be addicted. This is precisely why the better approach is to treat substance abusers as victims or patients. With the proper help that they need and support from family members, they can soon find their way out of this abusive circle. Being an addict is not the end of the world.