Trending
You are at:Home»Facts»Top 8 Health Tips From Traditional Chinese Medicine 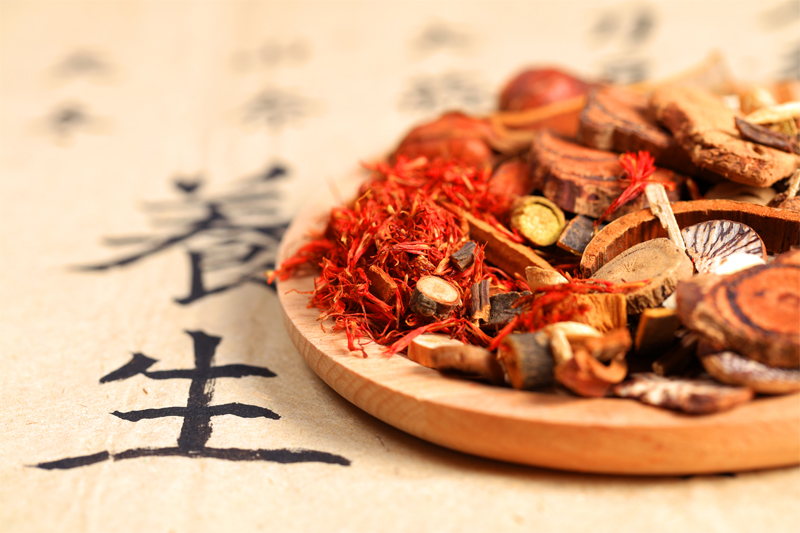 Traditional Chinese medicine (TCM) is one of the more extensively studied alternative forms of medicine by Western scientists. The Chinese people’s traditional way of healing has been practiced since thousands of years ago, and is still very much alive today, influencing the healing practices of other cultures.

It’s healing and therapeutic approaches rely on the principle that the body’s organs support each other, and practitioners believe that a person’s wellbeing can be achieved by a mix of herbs and spices, proper diet, acupuncture, acupressure, cupping, and qigong to prevent or treat health problems.

Being mutually connected, the body’s organs should then be balanced by the two contradicting yet complementary life energies called the yin and the yang.

Another hallmark principle in the traditional Chinese medicine is called ‘qi,’ the body’s vital energy. TCM presumes that the ‘qi’ passes though the body via pathways called meridians. Once its flow is disrupted or becomes erratic, the body experiences all sorts of physical, mental, and emotional problems. In order to achieve the proper yin/yang balance, the ‘qi’ flow should be restored to its normal and appropriate state.

Aside from the ‘qi’ and the yin/yang balance restoration being the cornerstone of traditional Chinese medicine, the age-old practice also considers other external aspects that impact the body, namely climate, relationships, and diet.

TCM posits that true health is achieved when harmony and balance are obtained inside one’s self, as well as in their environment.

1. Use Of Herbs And Spices

Traditional Chinese medicine has long relied on the healing powers of herbs and spices to remedy various health issues, including stroke, heart disease, mental disorders, and respiratory diseases (such as bronchitis and the common cold). These medicinal products are widely used and sold globally, such as in online stores like People’s Herbs.

As an individualized treatment, practitioners typically mix the following herbs in the form of teas, capsules, tinctures, or powders to treat specific health conditions:

Precaution: As with other dietary supplements, consumers are at the risk of contamination from poorly manufactured herbal products.

Acupuncture involves inserting thin needles into specific parts of the body in an attempt to stimulate the release of the body’s natural painkillers and impact brain processes and receptors that relay pain messages. This needle pushing practice is also believed to promote the immune system response, enhance circulation, and promote wound healing.

A number of studies indicate that acupuncture may be effective in easing chronic pain such as low back pain, neck pain, osteoarthritis/knee pain, and carpal tunnel syndrome. According to Jamie Bacharach of Acupuncture Jerusalem, some people suffering from migraine and tension headaches also find that their symptoms and the frequency of attacks reduced after being subjected to acupuncture sessions.

Precaution: Complications due to acupuncture are very rare. Problems typically lie in the use of nonsterile needles, leading to infection. Some literature pointed at serious consequences after malpractice, such as organ trauma and minor bleeding, according to a review done by the World Health Organization in 2010.

Taking on the principles of acupuncture, this traditional Chinese healing method uses fingers instead of needles to apply pressure over acupuncture points and meridians. That said, in acupressure, the same strategic points on the body are stimulated to promote better ‘qi’ flow.

Precaution: This method should not be used in the abdomen, or when a patient is pregnant and/or bleeding. Individuals with tumors, inflammatory and infectious diseases, blood diseases, active tuberculosis, diseases of the kidneys and the heart, as well as diabetes should best avoid this treatment. Young children and the elderly are likewise advised against being subjected to acupressure.

This practice is closely related to the acupuncture method and entails heat therapy or thermotherapy, among the Westerners.  The purpose of this method is to invigorate and restore the correct flow of ‘qi’ in the body.

Moxibustion entails the practice of a practitioner burning a dried herb called ‘moxa’ near a patient’s skin to warm the area. Western practitioners use a burning moxa stick, which looks like a cigar, close to the skin, about two inches above it. It’s specially made to allow heat to penetrate, but not to burn the skin.

While moxa can be any type of herb mentioned in the earlier section, most practitioners prefer to use Chinese mug wort.

Ancient Chinese practiced tuina or tui-na, which combines massage and acupressure. This healing method still holds on to the theory that erratic ‘qi’ flow in the body leads to blockages and imbalances, resulting in various symptoms, most notably pain, and other forms of illnesses.

It’s believed that the tuina massage helps stimulate the flow of ‘qi’ to restore the balance and harmony within the body by targeting strategic acupuncture points. Tuina massage is often used in conjunction with acupuncture. Just like acupuncture, tuina massage makes use of similar energetic meridians and acupoints to balance the blood and ‘qi’ in your body, resulting in better health. A ‘qi’ that doesn’t flow properly can cause blockages, such as poor blood circulation in the affected area.

Research findings suggest that regularly practicing tai chi may help improve sense of balance and stability in older people, particularly those with Parkinson’s disease. Tai chi and qi gong are also perceived to aid in reducing pain caused by knee osteoarthritis, and may be effective in easing the symptoms of fibromyalgia and back pain, as well as promoting better sleep.

Precaution: Tai chi and a similar technique called qi gong are generally safe to practice. Aside from minor aches and pains, these methods don’t have any other major side effects reported. However, pregnant women who want to embark on this exercise method should speak to their healthcare providers first, as with any other physical programs.

Another form of traditional Chinese medicine, the cupping therapy aims to remove the stuck ‘qi’ and have it correctly flowing in the body once again. This practice involves warming special cups made from glass, bamboo, silicone, or earthen ware, and placing them on the skin to create a vacuum. The suction is believed to draw in the tissues, loosening them to unblock the ‘qi,’ increase blood flow, and stimulate overall healing.

Its impact is similar to that of having deep tissue massage, and people are getting it to help ease pain and inflammation, increase blood flow, and enhance relaxation or to de-stress. Ancient Egyptians were said to have been influenced by this practice, as evidenced in the Ebers Papyrus, one of the world’s oldest medical textbooks. In the said book, the Egyptians described how they used the cupping method and other herbal medicines to treat common diseases in that era.

Before embarking on the methods underlined by traditional Chinese medicine, it’s always important to talk to your doctor to ensure safety. If you have a serious disease, don’t skip treatment and rely on TCM for full recovery. The best option is to complement TCM techniques with conventional medical care to ensure proper healing.