Trending
You are at:Home»Facts»Common Types of Stalkers and How to Spot Them 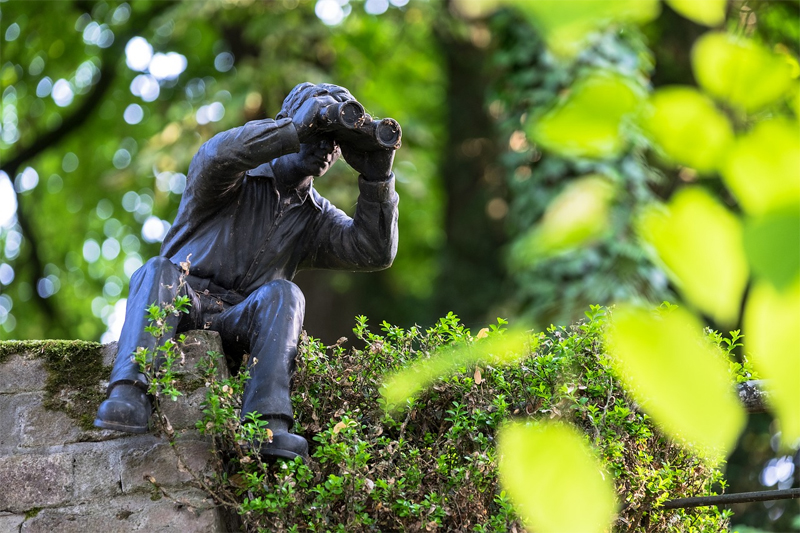 Undesired attention is something most people suffer from at some point or another, and it is usually uncomfortable and stressful. However, when such attention develops into a distressing pattern of behavior that causes a person to fear for their safety, it becomes stalking, and stalking is a serious threat. Stalkers can be violent and cause fear and anxiety in their victims who might have to change their routines, their jobs, and even their homes, for fear of their stalkers.

Spotting stalkers is not easy if you do not know what you are looking for. Perpetrators could be male or female; neither gender, ethnicity, or social and educational levels are criteria in spotting a stalker, as they come from various backgrounds and have different personalities, making generalization practically impossible. This article lays out the most common types of stalkers and ways to spot them.

A rejected stalker is usually someone from the victim’s social circle, probably a friend with one sided-feelings or a former romantic partner. When the relationship ends, or when the person is rejected, they do not handle rejection well. They develop stalking habits that are on the extreme of the jealousy spectrum. This type of stalker is the most common. They are characteristically possessive and very persistent. The rejected stalker usually wants to revive the relationship or get a second chance, and they usually have a history of violence or domestic abuse.

The behavior of this type of perpetrator is fueled by desire and infatuation. There are, however, different categories of infatuated stalkers. They have different reasons and justification but are all equally dangerous.

They are the stalkers who wish to have a relationship with the victim. They are usually lonely, delusional, and have poor social skills. Thomas Feiter of the Fighter Law Firm (https://www.fighterlaw.com/) explains that stalkers are often motivated by romantic or sexual desires and will convince themselves that their victims will learn to love them. If they become interested in someone, their desire for intimacy, fueled by jealousy and erotomanic delusions, motivates them to establish a link with their victims. This link gives them the gratification of an emotional connection with their desired victims. They usually target acquaintances or sometimes celebrities.

This type of stalker is one of the hardest to spot, as the victims are rarely able to identify them. Delusional stalkers usually have a non-intimate infatuation; they target victims with whom they have no personal relationship whatsoever. Their infatuation can be sparked by the briefest of encounters. These perpetrators usually believe that the victim is in fact in love with them and that they are in an established relationship.

Stalking has become much easier today with all the technology, social media, and the ever-increasing use of electronic devices, giving way to the now most common form of stalking; cyberstalking. Although it is considered non-aggravated stalking, cyberstalking is still unsolicited attention and could still be dangerous. Cyberstalking could also lead to identity theft or false representation. To reduce the risk of cyberstalking, try disabling location trackers, and avoid sharing information about your personal life, location, plans, or whereabouts on public platforms.

These types and categories are not fixed frames. Some stalkers may not fit into any of the types, or they may fit into more than one, but they all share various degrees of obsessive behavior. In general, stalking behavior becomes much worse when paired with mental instability, violent tendencies, and substance abuse.

It is important not to take the threat of a stalker lightly and to take all the precautions and measures possible to protect yourself or your loved ones from such danger. If you are being stalked and believe you are in imminent danger, you should call the authorities immediately. Do not hesitate in asking for help.

In the end, do not attempt to confront a stalker or contact them in any way, this could only make matters worse. If you feel threatened, let people know about it. Tell your friends, family, colleagues; the wider the circle, the safer you are. If you know your stalker, consider contacting your attorney, they know of multiple legal ways to stop stalkers from terrorizing or harming you.