Trending
You are at:Home»Herbs and Spices»Uses and benefits of Virginian Peppercress – Lepidium virginicum 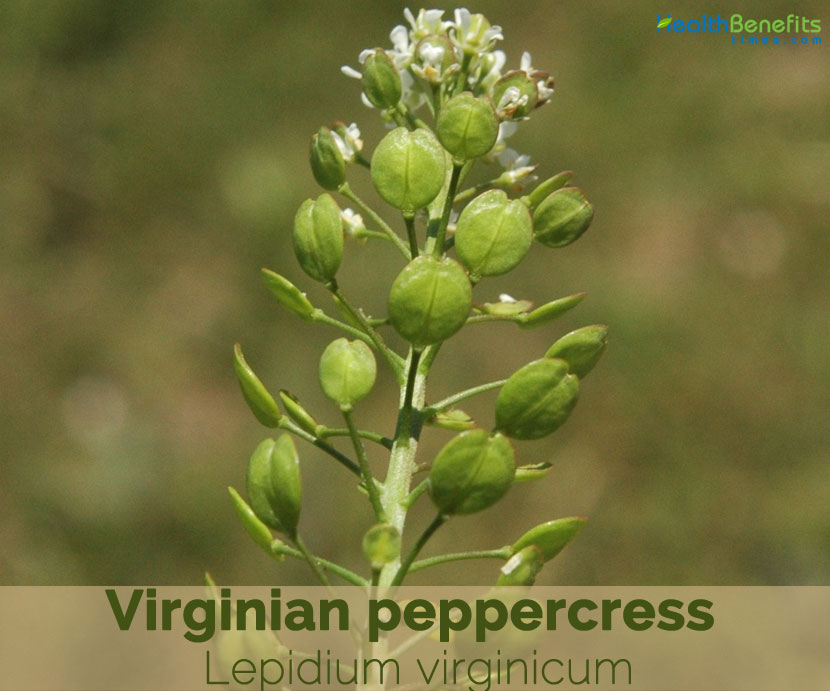 Genus name Lepidium comes from the Greek word lepis, which means scale, refering to the shape of the silicles. Species name Virginicum means “of or from Virginia.” The plant has earned its name for the pepper-like flavor. Interestingly, Pliny the kElder, who was a Roman author, naturalist, and natural philosopher, wrote about pepperweed plant in Naturalis Historia. About one thousand years before that the Incas were cultivating this plant. The plant is harvested from the wild for local use as a food and medicine. Note that all parts of the plant have a peppery taste.

Leaves are in a basal rosette as well as alternate all along the stem. Basal leaves are long stalked, spatula shaped to pinnately lobed and wilt away early. It is about 4-9 cm long and 0.7-1.5 cm across, glabrous, midrib impressed above and prominent beneath, petiole about 0.5-3.5 cm long. Lower stem leaves are irregularly toothed or lobed, 10-50 mm long, up to 3-9 mm across, widest above the middle, tapering to a stalk at the base. Leaves usually become more linear, less toothy, and stalkless as they ascend the stem. Surfaces are minutely hairy. Stem and leaf hairs are cylindric and mostly curved.

Elongating clusters of stalked flowers appears at the top of the plant and at the tips of branching stems arising from the upper leaf axils, with a densely packed, rounded cluster of open flowers at the tip and fruit forming below. Flowers are tiny, less than 1/8 inch across, with 4 white, paddle-shaped petals alternating with 4 oblong-elliptic sepals that are light green with thin, whitish edging and have a few hairs on the outer surface. Petals are about twice as long as the sepals but occasionally petals are absent altogether. In the center are 2 yellow-tipped stamens and a stubby, white style at the tip of a green ovary. Flower stalks are minutely hairy, the hairs cylindric and mostly curved. Flowering normally takes place between May to October. 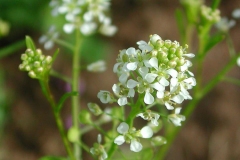 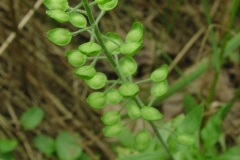 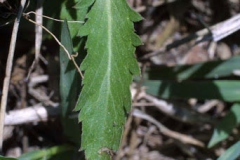 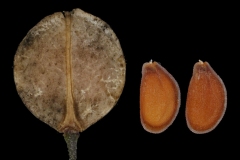 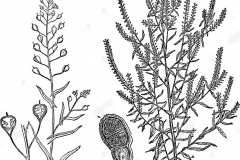 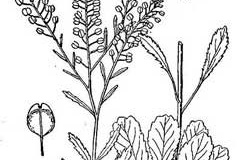 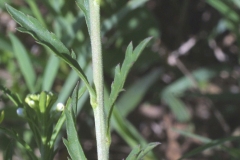 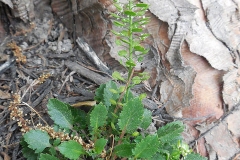 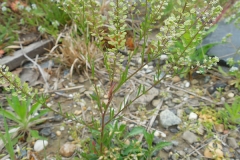 Fertile flowers are followed by a flat pod, round in outline, usually slightly wider than long, widest near the middle, up to about 1/6 inch (4mm) long with a small notch at the tip. It dries to a papery brown shell and splits down the middle when mature.

Each side of the pod contains a single seed. Inside the seed, the pair of seed leaves (cotyledons) is parallel to each other but perpendicular to the embryo, as viewed in cross-section.

Information about L. virginicum and its effects is available for the public over the internet. Some examples are: information for cattle breeders in Mexico; an illustrated database of the alien plants in South Korea. There is also a species profile in the Global Invasive Species Databas.