Trending
You are at:Home»Fruits»Vitamin B12 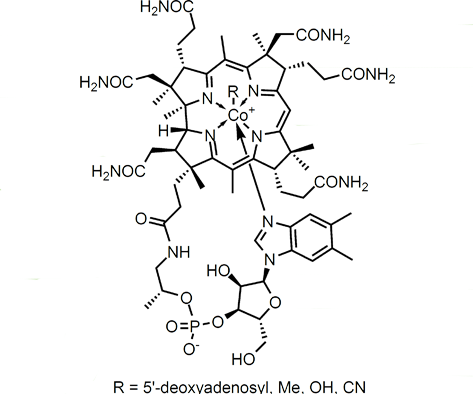 Benefits of Vitamin B12

The Alzheimer’s patients have low level of vitamin B12 in the blood. The strict deficiency of vitamin B12 leads to the damage in nerves. Vitamin B12 is essential to maintain nerve health and prevents depression, brain shrinkage, memory loss and stress. The folate with vitamin B12 produces the compound named SAM (S-adenosyl methionine) which relieves stress and regulates the mood. SAM is essential to produce phosphatidylcholine which is a factor of myelin. In the vitamin B12 deficiency, molecules damage the nerves. Researchers have reported that the Alzheimer’s patient has low folate levels, low B12 levels and elevated homocysteine and methylmalonic acid. According to the evidences collected, it reports that depression is related to vitamin B12 deficiency. It also suggests that the deficiency of vitamin B12 encloses the brain.

Vitamin B12 assists in the production of digestive enzyme and maintains the healthy metabolism as well as the breakdown of foods within the stomach. It alleviates the harmful bacteria from the digestive tract. It also forbids the digestive disorders such as Candida and inflammatory bowel disease.

Vitamin B12 is essential for the reproduction of cells. It alleviates the dryness, skin redness, acne blemishes and inflammation. It can also treat eczema and psoriasis. It lowers the breakage of hair and also makes the nail stronger.

The low presence of folate damages the DNA strands. The reaction of methylation is reduced due to the deficiency of folate and vitamin B12. An altered methylation of DNA and DNA damage leads to the high chances of cancer. Studies have shown that those who were provided 7 µg of Vitamin B12 and 700 µg of folic acid regularly for two months, their chromosome breakage were reduced.

Nucleic acid or DNA is generated to create the entire body. Folate, Vitamin B12 and Vitamin B6 is required for the production of DNA.

Studies have shown that:

The adequate amount of B12 before and after conception lowers the chances of NTDs.

Vitamin B12 is essential for neurotransmitter signaling which assists to contract muscles and provides energy.

Vitamin B12 is essential for maintaining the bone mineral density. The studies have shown that the vegetarians having B12 status has poorer bone health.

Folate and B12 is essential for the production of S-adenosylmethionine (SAMe) which enhances the mood and immune function.

The study was conducted on the 121 seniors all above 65 years. They checked the levels of vitamin B12 and B12-related metabolites which assist to observe the deficiency. Other cognitive skills with their memories were evaluated. When the MRI scans were made after fifty-two months later to check the size of brain and any signs of brain damage. They founded that those with vitamin B12 deficiency had less cognitive test scores and less total brain volumes.

Vitamin B12 supplements upgrades the sperm and sperm’s ability to swim.

Studies have shown that those women having the breast cancer has less amount of Vitamin B12 in the blood serum in comparison to those without breast cancer. The case control of study conducted in Mexican women shows that the risk of breast cancer in the women by the intake of highest quartile of Vitamin B12 was about to lower by 68%.

Due to anencephaly or spina bifinda which is a fatal congenital malformation of the nervous system is the cause of neural tube defects (NTD). The failure of embryonic neural tube to close is occurred between 21st to 28th days after conception, which is a time when the women are mostly unaware of their pregnancy. The evidences show that the presence of folic acid with homocysteine lowering effect assists to lower the risk of NTD.