Trending
You are at:Home»Facts»Weight Loss Supplements to Get Your New Year Fitness Plan Kicked Off 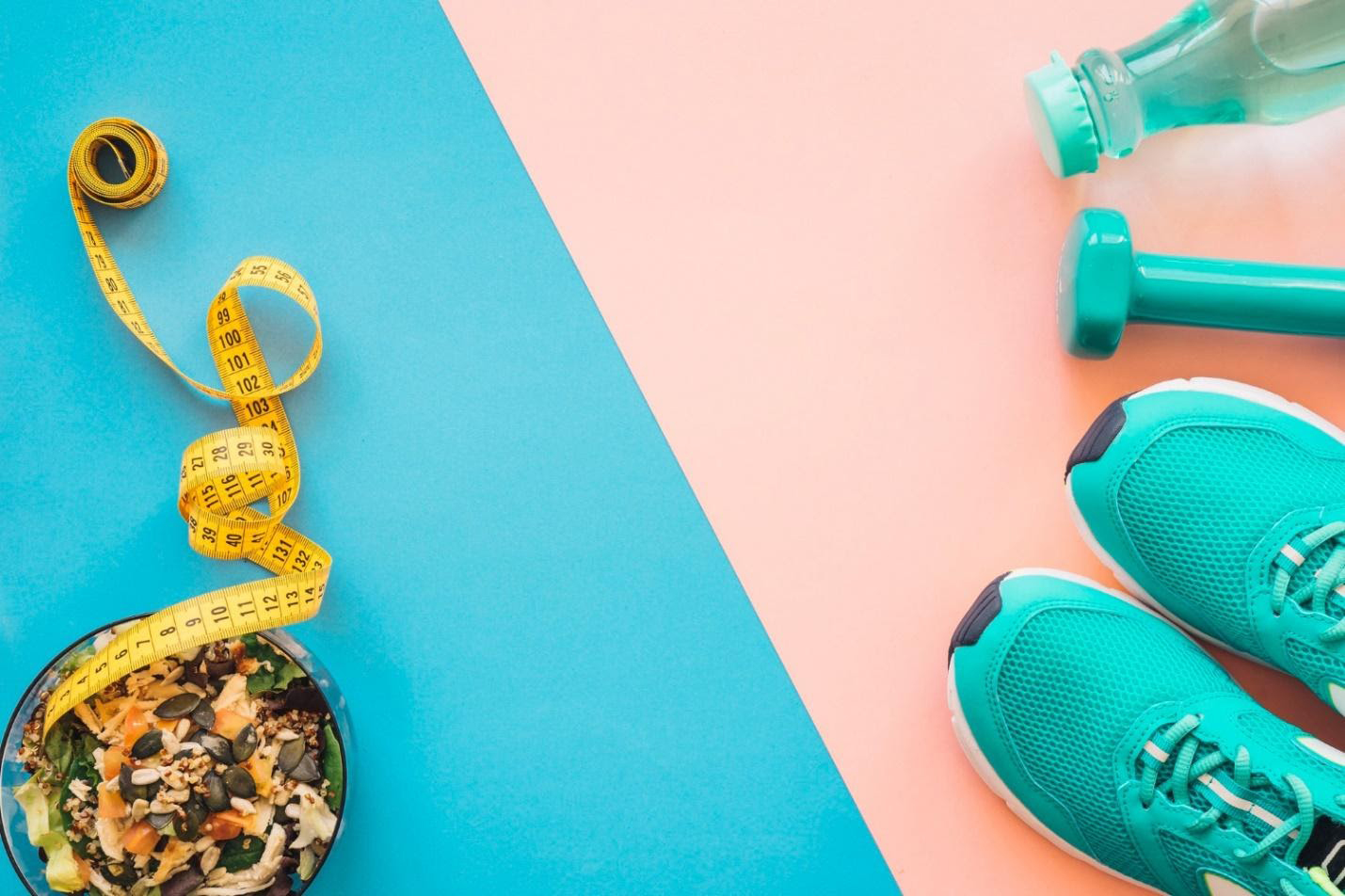 A new year’s resolution without the goal of getting fitter and having a much healthier lifestyle is not complete. And you will notice, January is the busiest month of the year as everyone is thinking the same, fitter and healthier. To attain this goal, you need to properly fuel your body and help you keep up with the new healthy habits throughout the year. So what products are available for you to explore in this new chapter of healthier and fitter you?

You will notice that the market has been flooded with several weight loss supplements, making it impossible to know which is best to help you reach your goal. The important thing is to fast focus on the goal you have set, then evaluate whether supplements will help you attain this goal.

Getting some extra protein

With some extra protein added to your diet, this will go a long way in boosting your current metabolic rate. It helps with reducing your appetite. At the same time, protein has been found to change the hormone levels that regulate your current weight. Thus, if your goal is to reduce weight, consider adding some protein powder. How does is it work? Protein takes longer to breakdown than most of the carbs we consume. Thus, it will require more calories during the digestion phase, making you feel fuller throughout the day.

If this is something interesting to you, there are different types of proteins in the market, from having a tasty protein shake in the morning, protein bars to eat after a workout, protein Stix; the list is endless.

Another essential factor in improving your metabolic rate is Acetyl L-Carnitine, a natural amino acid developed in our body. It is responsible for transporting fats to the cells to burn them down as you exercise or go about your daily routines. Therefore, when you take supplements loaded with this vital amino acid, it will help burn more fat in your body instead of consuming glucose. As a result, this increases your body’s ability to metabolize fat efficiently, helping you lose that extra weight you want. It is another critical supplement to incorporate to help you attain your goal much faster and easier.

These two components, BCAA and EAA, are essential building blocks for muscle growth, replenishing your muscles after a vigorous workout, plus repairing them to be ready for the next training. The BCAA refers to the Branch Chain Amino Acids, and EAA refers to Essential Amino Acids, where BCAA can account for 35% of amino acids that are needed for your muscles. In a nutshell, if you are looking for a useful supplement to help you attain your muscle growth goal, this is one of the best options you can get. It builds healthy, strong muscles and sheds unwanted fat because when you maintain and build strong muscles, it keeps your metabolism rate high, thus helping you lose weight.

Diseases and Disorders associated with Obesity

The closer we get to serious degrees of obesity, though, the worse the effects on many of our vital systems. That’s true for each of us individually, and for all of us collectively, as a nation and world. Studies have repeatedly shown that obesity is a risk factor for some of the most debilitating diseases we face. That means that if you are obese, you are at significantly greater risk for developing type 2 diabetes, coronary heart disease, hypertension (high blood pressure), gallbladder disease, osteoarthritis, and a number of different types of cancer. According to the U.S. Centers for Disease Control and Prevention (CDC), overweight and physical inactivity which usually go hand-in-hand with excess body fat are responsible for about 300,000 premature deaths annually in the United States. The CDC says that is second only to the number of premature deaths caused by smoking tobacco.

Worldwide, the World Health Organization says there are now about 300 million obese adults. It has coined the term globesity to describe what it calls “an escalating global epidemic of overweight and obesity.” This epidemic is giving health professionals’ pause both because of its disease impact and because of its enormous price tag—something that may yet gain the attention of both the nation’s consumers and its employers, who foot most of the bill for health insurance.

Now let’s look at these diseases and conditions from a medical standpoint.

Also known as non-insulin-dependent diabetes, this illness is characterized by the body’s increasing resistance to the vitally needed action of insulin. Insulin is a hormone, manufactured by the pancreas, which the body needs to transport glucose, or blood sugar, into muscle and other types of cells where it serves as the body’s chief form of energy.

Excess fatty tissue requires the heart to work harder to circulate the body’s blood. The incidence of cardiac arrhythmia (irregular heartbeat), the risk of sudden cardiac death, and the risk of congestive heart failure all increase with obesity, along with the risk of atherosclerosis (coronary artery disease). Growing obesity also contributes to a condition called hyperlipidemia, with heightened levels of dangerous blood fats called LDL cholesterol circulating in the blood, along with lower levels of beneficial blood fats called HDL cholesterol.

Blood pressure increases with relative body weight. The mechanism for this is not well understood but the effect has been repeatedly observed in large-scale studies for nearly a century. Studies have also shown significant overlap between hypertension, obesity, and diabetes. Hypertension is, in turn, a major risk factor for heart attack, stroke, and kidney damage, including end-stage renal disease, in which kidney failure requires the patient’s blood to be filtered through a dialysis machine.

Major risk factors for stroke include high blood pressure, diabetes, and heart disease all of which are known consequences of obesity.

The body manufactures cholesterol in proportion to the amount of fatty tissue it has. Increases in body fat thus lead to the production of more cholesterol by the liver. Some of this cholesterol gets into the gallbladder fluid and increases its propensity to precipitate into the most common form of gallstones. This can lead, in turn, to chronic inflammation of the gallbladder in some patients. In the Nurses’ Health Study, one-third of all cholecystectomies (surgeries to remove the gallbladder) were performed on very overweight or obese women.

Osteoarthritis (OA) is the breakdown in cartilage, the fibrous connective tissue that protects the ends of bones from grinding against each other in a joint. The relationship between obesity and OA is strongest in women and for knee joints, and obesity is the greatest preventable risk factor for OA which is, in turn, the leading overall cause of disability.14 Obesity may not cause OA directly, but it does hasten OA’s progression because of the strain placed on already damaged joints by excess weight.

The buildup of fat in the throat and neck can lead to sleep apnea (interruption of breathing while sleeping), a serious condition that can lead, in turn, to heart failure if not properly treated. Weight loss is the best remedy.

Both obesity and type 2 diabetes are strongly linked to a form of liver disease that is characterized by excess fat in the liver. In some cases, this can lead to inflammation and progressive liver damage.

Many studies have demonstrated a link between obesity and gout, a painful disease often found in the large toe which is caused when excess uric acid in the blood precipitates into crystals and settles into joints. The growing prevalence of gout may be linked to dietary changes since World War II.

Adipose (or fatty) tissue is active biochemically, secreting a powerful form of estrogen called estrone. In obese women, elevated levels of circulating estrogen can interfere with the body’s hormonal feedback mechanisms and also result, paradoxically, in higher levels of circulating androgens, or male sex hormones. Disruptions of the menstrual cycle, including failure of the ovaries to release eggs, can follow. Some studies have also shown that the rate of miscarriage is higher in obese women.

A heightened incidence of blood clots is probably caused by heart disease and poor blood circulation, leading to pooling of blood in the legs. Obese people are at increased risk of blood clots in the veins of the legs, which cause phlebitis, or a clot that lodges in the lungs, which is called a pulmonary embolus.

In recent years, there has been a growing recognition of the heightened risks of cancer faced by the obese. In 2001, for the first time, the American Cancer Society (ACS) devoted a special section to obesity in its annual statistical report, highlighting what it called “accumulating evidence” that obesity increases the risk of the cancers: breast (postmenopausal), uterine, ovarian, and gallbladder cancer in women, and colon and prostate cancer in men.