Trending
You are at:Home»Facts»What Are the Benefits of Couple Therapy? 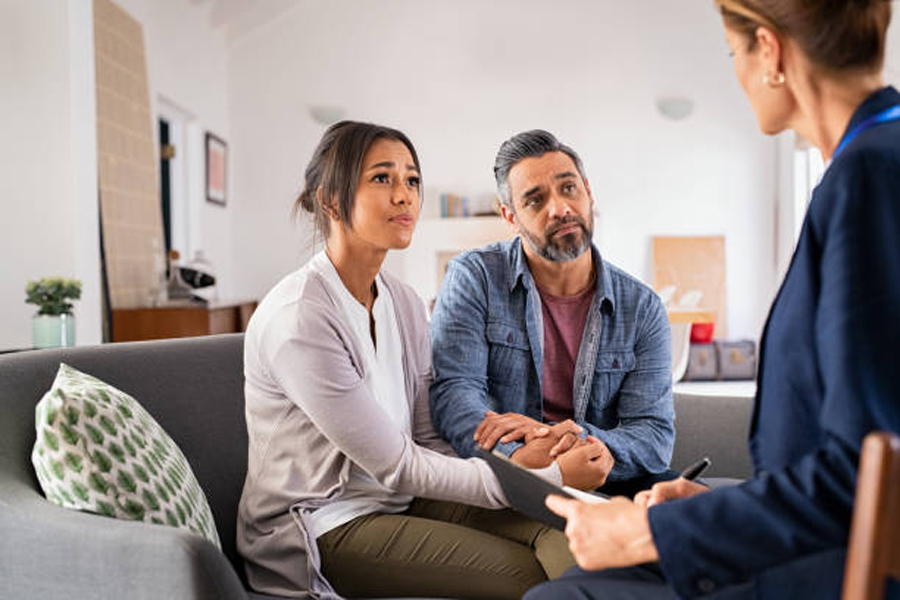 When two partners are in a crisis, many, often intense, emotions are involved: anger, disappointment, hurt, and sadness. The therapist as a “neutral third party” can help to tackle the problematic issues constructively despite this confusion of feelings. She is the one who maintains calm and prudence in the conversation and thus offers a constructive framework in which both partners can meet. In addition, she can steer the conversation in one direction using certain conversational techniques, bring calmer to an emotionally charged conversation and help the client to perceive their current feelings more clearly.

As an outsider and as an expert in interpersonal relationships, the therapist often has more authority to steer the course of the conversation and initiate changes. After all, it can give the partners confidence if they see the situation as hopeless. For example, after a session that didn’t go well, she can say, “Today our conversation didn’t go well. A lot of feelings came up, and also a lot of anger and hurt. And then, of course, one is hardly able to find solutions. But such feelings are sometimes more and sometimes less. I’m sure there’s a good chance we’ll make better progress in the next few sessions.”

Couples Therapy Is Useful for the Following Problems

The Success of Couples Therapy Depends Heavily on the Couples Themselves

Many couples only seek couples therapy or couples counselling when their conflicts are relatively advanced. Therefore, couples therapy has only limited effectiveness. However, studies have shown that approximately one-half to two-thirds of couples who engage in couples therapy experience significant clinical improvements. In addition, about half of the couples reported a significantly higher level of satisfaction with the partnership.

Helping Couples Through the Changes

It is characteristic of couples therapy that the therapist does not see himself as an expert who solves the couple’s problems. Instead, he acts as a moderator who guides and accompanies the change process in the partnership. He makes it clear that the problems in the partnership arising from the mutual relationship patterns and that neither partner is to blame for the problems.

The therapist actively seeks to build a trusting relationship with the partners and to create a framework in which both can express their feelings and needs. In doing so, he usually uses the characteristics of client-centred interviewing according to Carl Rogers: he shows appreciation for both partners, empathizes with their feelings and thoughts (empathy) and behaves as he really is (authenticity).

An important goal of couples therapy is to promote the partners’ autonomy and personal responsibility so that they are able to solve their problems independently in the long term and lead a happier partnership.

The therapist attaches great importance to the resources and strengths of the two partners – for example, what they have mastered well despite all the difficulties. He also highlights small changes in a positive direction and gives clients plenty of praise for them. At the same time, he can also point out the positive aspects of behaviour that were previously viewed negatively. For example, the accusation “Again you forgot our wedding day!” can also be interpreted as: “You are important to me. That’s why I want you to think about our wedding day. After all, I still love you.”

In couple therapy, methods from different therapy directions are usually used and often combined with each other.

Methods from systemic therapy and family therapy are very often used in couple therapy. These include circular questioning, the use of metaphors, the miracle question, role-playing or sculpting

In order to understand how the behaviour and feelings in the partnership are influenced by the origin stories of the two partners, their life stories are often also considered. This is done, for example, with the help of a family tree or a genogram.

In a psychoanalytically influenced way of working, more attention is paid to how the current conflicts are related to the personal history and early development in the family of origin of the two partners. In this way, strengths and resources that the clients bring with them from the past can be worked out at the same time.

In contrast to solution-oriented approaches, which focus more on the “here and now”, psychoanalytic approaches place more emphasis on addressing and working on difficult issues associated with feelings of guilt, shame or fear.

A central aspect of conflicts in the partnership is often that the communication between the two partners “does not work”. Both find it important to talk about the problems, but do not know how to conduct a constructive conflict discussion.

Typical communication errors often occur in conversations: Both blame each other, exaggerate the negative behaviour of the other, and blame him or her alone. The dispute is then often broken off and “swept under the table” without a solution being found. All of this prevents long-term solutions from being found – and leads to the conflict escalating further and further.

Couple therapy is therefore about uncovering the couple’s communication errors and replacing them with more constructive conversational behaviour. This can be practised in role plays, where both partners take turns practising skills in the role of speaker and in the role of listener.

Detailed information on typical mistakes in partnership communication as well as rules for successful couple conversations can be found in the “Communication tips for couples” section.

In order to solve conflicts, mediation techniques are also used in couple therapy – mainly when it comes to the practical solution of problems: For example, to solve the concrete division of tasks in everyday life or after separation of the visiting and care times for the regulate children.

The therapist is the independent third party in mediation. He tries to reach joint agreements with the partners, in which the interests and needs of both partners are adequately taken into account. The therapist shapes the process by asking specific questions, directing the conversation and working out the needs and interests of both partners. At the same time, he makes it clear that the partners alone are responsible for the content of the regulations.

Mediation methods are used in couple therapy as needed and are usually supplemented by other therapy methods.

Learning to Maintain the Couple Relationship

In the end, once the conflicts have been largely resolved, both partners can learn what they can do to ensure that their love and affection are maintained and even grows again. This can be done, for example, by:

Through something that means a lot to both partners, for example, a common hobby, the common house or the children. The therapist gives the client suggestions or sets specific homework to promote these skills. In any case, you always get “counselling near me” without any problems and start fixing that relationship right away.